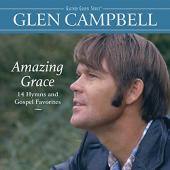 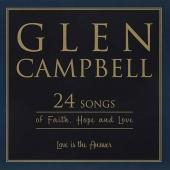 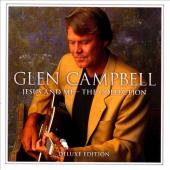 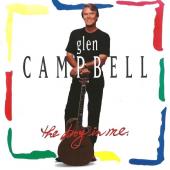 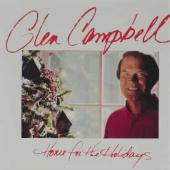 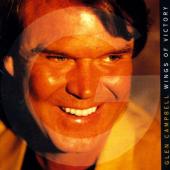 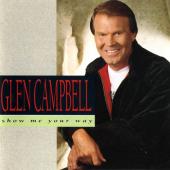 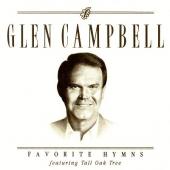 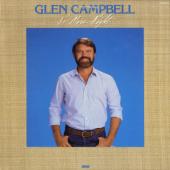 Glen Campbell is listed in the credits for the following albums: 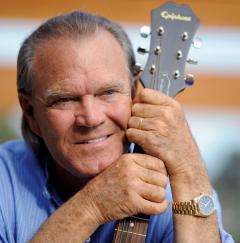 Glen Travis Campbell was an American country music singer, guitarist, television host and occasional actor. He is best known for a series of hits in the 1960s and 1970s, as well as for hosting a variety show called The Glen Campbell Goodtime Hour on CBS television.

During his 50 years in show business, Campbell has released more than 70 albums. He has sold 45 million records and accumulated 12 RIAA Gold albums, 4 Platinum albums, and 1 Double-Platinum album. Campbell's hits include John Hartford's "Gentle on My Mind", Jimmy Webb's "By the Time I Get to Phoenix", "Wichita Lineman" and "Galveston", Larry Weiss's "Rhinestone Cowboy" and Allen Toussaint's "Southern Nights".

Campbell made history by winning four Grammys in both country and pop categories in 1967. For "Gentle on My Mind" he received two awards in country & western, "By the Time I Get to Phoenix" did the same in pop. He owns trophies for Male Vocalist of the Year from both the Country Music Association (CMA) and the Academy of Country Music (ACM), and took the CMA's top award as 1968 Entertainer of the Year. In 1969 Campbell was picked by actor John Wayne to play alongside him in the film True Grit, which gave Campbell a Golden Globe nomination for Most Promising Newcomer. Campbell sang the title song which was nominated for an Academy Award.

In 2005, Campbell was inducted into the Country Music Hall of Fame.

1950s–mid-1960s: Sandia Mountain Boys, session musician, Beach Boys
Glen Campbell was born in Billstown, a tiny community near Delight in Pike County, Arkansas. He was the seventh son of 12 children. His father was a sharecropper of Scottish descent. He started playing guitar as a youth without learning to read music. He credits his uncle Boo for teaching him the guitar.

In 1954 Campbell moved to Albuquerque to join his uncle’s band known as Dick Bills and the Sandia Mountain Boys. There he also appeared on his uncle’s radio show and on K Circle B Time, the local children's program on KOB television. In 1958 Campbell formed his own band, the Western Wranglers.

In 1960, Campbell moved to Los Angeles to become a session musician. Around that time he was part of the group the Champs. Soon Campbell was in great demand as a session musician. He was part of a group of studio musicians that became known as "the Wrecking Crew". During this period he played on recordings by Bobby Darin, Ricky Nelson, Dean Martin, Nat King Cole, The Monkees, Nancy Sinatra, Merle Haggard, Jan and Dean, Elvis Presley, Frank Sinatra and Phil Spector.

From December 1964 to early March 1965, Campbell was a touring member of The Beach Boys, filling in for Brian Wilson. He also played guitar on the group's Pet Sounds album, among other recordings. On tour, he played bass guitar and sang falsetto harmonies.

In 1967 Campbell was the uncredited lead vocalist on "My World Fell Down" by Sagittarius, a studio group. The song reached No. 70 on the Billboard Hot 100.

1961-1966: Early solo career
By January 1961 Campbell had found a daytime job at publishing company American Music, writing songs, and recording demos. In May 1961 he left The Champs and subsequently got signed by Crest Records, a subsidiary of American Music. His first release, "Turn Around Look At Me", was a moderate success, peaking at number 61 on the Billboard Hot 100. He also formed The Gee Cees with former bandmembers from The Champs, performing at The Crossbow Inn in Van Nuys, a Los Angeles suburb. The Gee Cees too released a single on Crest, the instrumental "Buzzsaw", which did not chart.

In 1962 Campbell signed with Capitol records. After minor initial success with "Too Late to Worry, Too Blue to Cry", his first single for the label, and "Kentucky Means Paradise", released by The Green River Boys featuring Glen Campbell, a string of unsuccessful singles and albums followed.

From 1964 on Campbell began to appear on television as a regular on Star Route, a syndicated series hosted by Rod Cameron, ABC's Shindig! and Hollywood Jamboree.

In 1965 he had his biggest hit yet, reaching number 45 on the Hot 100 with a version of Buffy Sainte-Marie's "Universal Soldier". However, when asked about the pacifist message of the song, he stated that "people who are advocating burning draft cards should be hung."

The follow-up singles didn't do well though and Capitol was considering dropping Campbell from the label in 1966 when he was teamed with producer Al DeLory. Together they first collaborated on "Burning Bridges" which became a top 20 country hit in early 1967, and the album of the same name.

"Gentle on My Mind" was an overnight success. It was followed by the bigger hit "By the Time I Get to Phoenix" later in 1967, and "I Wanna Live" and "Wichita Lineman" in 1968. The 1969 song “True Grit” by composer Elmer Bernstein and lyricist Don Black, and sung by Campbell, who co-starred in the movie, received nominations for both the Academy Award for Best Song and the Golden Globe.

Campbell won four Grammy Awards for his performances on "Gentle on My Mind" and "By the Time I Get to Phoenix".

His biggest hits in the late 1960s were the songs written by Jimmy Webb: "By the Time I Get to Phoenix," "Wichita Lineman", "Galveston", and "Where's the Playground, Susie?" An album of mainly Webb-penned compositions, Reunion: The Songs of Jimmy Webb, was released in 1974, but it produced no hit single records.

"Wichita Lineman" was selected as one of the greatest songs of the 20th century by Mojo magazine in 1997 and by Blender in 2001.

1970s: The Goodtime Hour, Rhinestone Cowboy and Southern Nights
After he hosted a 1968 summer replacement for television's The Smothers Brothers Comedy Hour variety show, Campbell hosted his own weekly variety show, The Glen Campbell Goodtime Hour, from January 1969 through June 1972. At the height of his popularity, a 1970 biography by Freda Kramer, The Glen Campbell Story, was published.

With Campbell's session-work connections, he hosted major names in music on his show including the Beatles (on film), David Gates and Bread, the Monkees, Neil Diamond, Linda Ronstadt, Johnny Cash, Merle Haggard, Willie Nelson, Waylon Jennings, Roger Miller and helped launch the careers of Anne Murray, Mel Tillis and Jerry Reed who were regulars on his Goodtime Hour program.

During the late 1960s and early 1970s, Campbell released a long series of singles and appeared in the movies True Grit (1969) with John Wayne and Kim Darby and Norwood (1970) with Kim Darby and Joe Namath.

After the cancellation of his CBS series in 1972, Campbell remained a regular on network television. He co-starred in a made-for-television movie, Strange Homecoming, with Robert Culp and up-and-coming teen idol, Leif Garrett. He hosted a number of television specials, including 1976's Down Home, Down Under with Olivia Newton-John. He co-hosted the American Music Awards from 1976–78 and headlined the 1979 NBC special, Glen Campbell: Back To Basics with guest-stars Seals and Crofts and Brenda Lee. He was a guest on many network talk and variety shows, including Donny & Marie, The Tonight Show Starring Johnny Carson, Cher, the Redd Foxx Comedy Hour, Merv Griffin, The Midnight Special with Wolfman Jack, DINAH!, Evening at Pops with Arthur Fiedler and the Mike Douglas Show. From 1982–83 he hosted a 30-minute syndicated music show on NBC, the Glen Campbell Music Show.

"Rhinestone Cowboy" was Campbell's largest-selling single, initially with over 2 million copies sold. Campbell had heard the songwriter Larry Weiss' version while on a tour of Australia in 1974. The song was included in Dickie Goodman's Jaws movie parody song "Mr. Jaws"; both songs were on the October 4, 1975, Hot 100 top 10. "Rhinestone Cowboy" continues to be used in movie soundtracks and TV shows, including Desperate Housewives, Daddy Day Care, and High School High. It was the inspiration for the 1984 Dolly Parton/Sylvester Stallone movie Rhinestone.

Campbell made a techno/pop version of the song in 2002 with UK artists Rikki & Daz and went to the top 10 in the UK with the dance version and related music video.

"Southern Nights," by Allen Toussaint, his other No. 1 pop-rock-country crossover hit, was generated with the help of Jimmy Webb, and Jerry Reed, who inspired the famous guitar lick introduction to the song, which was the most-played jukebox number of 1977.

From 1971 to 1983, Campbell was the celebrity host of the Los Angeles Open, an annual professional golf tournament on the PGA Tour.

1980s–2000s: Later career and Country Music Hall of Fame induction
Campbell made a cameo appearance in the 1980 Clint Eastwood movie Any Which Way You Can, for which he recorded the title song.

In 1991, he provided the voice of the Elvis Presley sound-alike rooster Chanticleer in the Don Bluth film Rock-A-Doodle.

In the late 80s, Glen released two albums on Word Records. He was then signed to New Haven Records and released four more Christian based albums. Raised in the Church of Christ, attended a Baptist church in Phoenix for a number of years. In a 2008 interview, he said he had been an adherent of Messianic Judaism for two decades.

He is also credited with giving Alan Jackson his first big break. Campbell met Jackson's wife (a flight attendant with Piedmont Airlines) at Atlanta Airport and gave her his publishing manager's business card. Jackson went to work for Campbell's music publishing business in the early 1990s and later had many of his hit songs published in part by Campbell's company, Seventh Son Music. Campbell also served as an inspiration to Keith Urban. Urban cites Campbell as a strong influence on his performing career.

In 2005, Campbell was inducted into the Country Music Hall of Fame.

It was announced in April 2008 that Campbell was returning to his signature label, Capitol, to release his new album, Meet Glen Campbell. The album was released on August 19. With this album he branched off in a different musical direction, covering tracks from artists such as Travis, U2, Tom Petty and the Heartbreakers, Jackson Browne, and Foo Fighters. It was Campbell's first release on Capitol in over 15 years. Musicians from Cheap Trick and Jellyfish contributed to the album as well. The first single, a cover of Green Day's "Good Riddance (Time of Your Life)", was released to radio in July 2008. In March 2010, a farewell album titled Ghost on the Canvas was announced which served as a companion to Meet Glen Campbell.

Ghost on the Canvas was released on August 30, 2011, with collaborations that include Paul Westerberg (writer of the title track), Wallflower's singer Jakob Dylan, Chris Isaak, Rick Nielsen and Billy Corgan of the Smashing Pumpkins.

Alzheimer's diagnosis
In June 2011, Campbell announced that he had been diagnosed with Alzheimer's disease six months earlier. He had been suffering from short-term memory loss for years. He went on a final "Goodbye Tour", with three of his children joining him in his backup band; his last show was on November 30, 2012, in Napa, California. Campbell sang "Rhinestone Cowboy" as a goodbye at the 2012 Grammy Awards which was held on February 12, 2012.

Glen passed away on August 8, 2017, in Nashville Tennessee.

Websites:
Website: GlenCampbellMusic.com
Twitter: @GlenCampbell
External links are provided for reference purposes. Christian Music Archive is not responsible for the content of external internet sites.
Created by: siremidor on 26-July-2010 - Last Edited by siremidor on 16-May-2020