Danny Taylor is listed in the credits for the following albums: 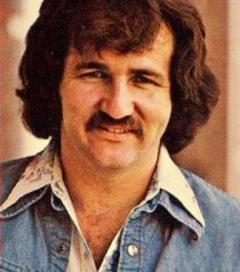 Danny Taylor has been a member of:

CHRISTIAN music pioneer Danny Taylor died on 15th January 2010 in Nashville, Tennessee. Danny had been labouring under a number of illnesses over the last few years including heart disease, diabetes, cataracts and blindness. His former wife, Sandra, and their children, Daniel Jr, Pamela, Matthew and Amy, were at his bedside when Danny died. Danny also had a daughter from a previous marriage and four brothers. He will be buried in a family plot in Kinder, Louisiana.

Taylor was born in Bremerton, Washington and began playing guitar at the age of six. In the fifth grade he became interested in the drums and joined the school band and by the time he was 14 he was playing drums professionally. In the spring of 1969 Danny began a full time music ministry. Taylor was part of the Love Inn Community in New York together with such figures as Phil Keaggy, Lynn Nicholls and Scott & Nedra Ross and he worked with Pat Robinson in the early days of his Christian Broadcasting Network. Taylor's first album was the independent project 'Taylor Made'. He then recorded a single for Metromedia Records. In 1972 he sang at the first Jesus Joy concert at Carnegie Hall in New York City. Tempo Records released 'Danny Taylor Live At Carnegie Hall'. Danny also appeared at Madison Square Garden, Carnegie Hall and Jesus '73.

In 1976 Taylor recorded what the Encyclopedia Of Christian Music called his "master work", 'A Time For Love', a collection of Christian-based romantic love songs. In the autumn of 1977 Danny signed with Gary Paxton's Newpax Records and recorded a double album live in concert at Kansas City, 'I'm Not A One-Man Show'. Taylor also recorded as part of the Matthews, Taylor And Johnson trio. In the '80s the trio toured with Christian comedian and self-proclaimed ex-Satanist Mike Warnke and tragically yielded to the temptations that the latter's "no accountability" approach to ministry afforded. Said Taylor in a later interview, "I can't say Mike Warnke MADE me do anything. I made some bad choices and I take responsibility for them." By the time Warnke's career collapsed after exposure by Cornerstone magazine Taylor was long gone from the Christian music spotlight. In 2000 he was managing a music hall in Oberlin, Louisiana and producing public access TV programmes.

Said Scott Ross, "Danny and I shared a lot of life back in the late '60s and early '70s, traveling to and fro throughout the US, as he sang and played and I talked about the King and Kingdom. We still hear about the 'fruit that remains' from those efforts after all these years."