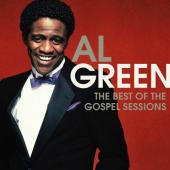 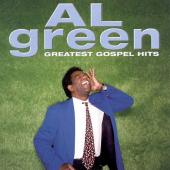 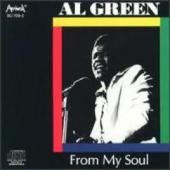 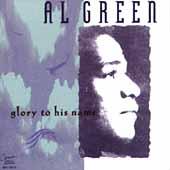 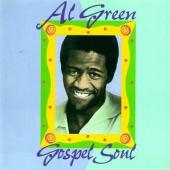 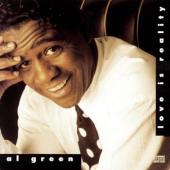 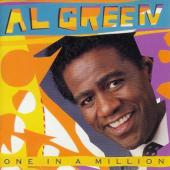 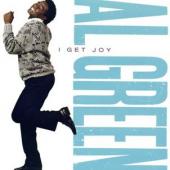 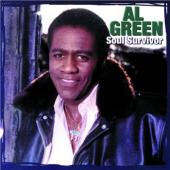 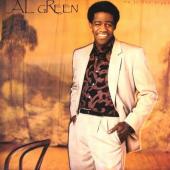 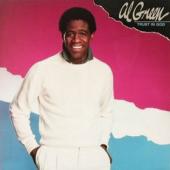 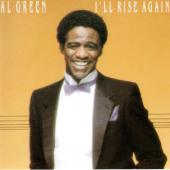 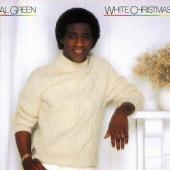 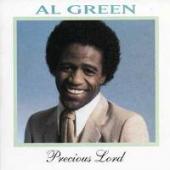 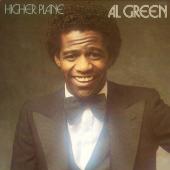 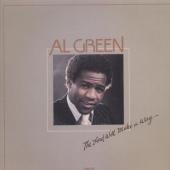 Al Green is listed in the credits for the following albums: 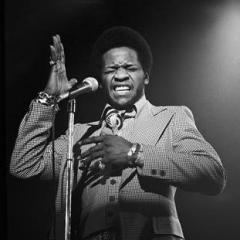 Albert Greene, better known as Al Green or Reverend Al Green, is an American singer, best known for recording a series of soul hit singles in the early 1970s, including "Tired of Being Alone", "I'm Still In Love With You", "Love and Happiness" and his signature song, "Let's Stay Together". Inducted to the Rock and Roll Hall of Fame in 1995, Green was referred to on the museum's site as being "one of the most gifted purveyors of soul music". He has also been referred to as "The Last of the Great Soul Singers". Green was included in the Rolling Stone list of the 100 Greatest Artists of All Time, ranking at No. 66.

Albert Greene was born in Forrest City, Arkansas on April 13, 1946. The sixth of ten children born to Cora Lee and Robert G. Greene, Jr., a sharecropper, Al began performing with his brothers in a group called the Greene Brothers around the age of ten. The Greene family relocated to Grand Rapids, Michigan in the late 1950s. Raised in a religiously devout family, Al was kicked out of the family home in his teens after his father caught him listening to Jackie Wilson.

In high school, Al formed a vocal group called Al Greene & The Creations. Two of the group's members, Curtis Rodgers and Palmer James, formed an independent label called Hot Line Music Journal. In 1968, having changed their name to Al Greene & The Soul Mates, they recorded the song "Back Up Train", releasing it on Hot Line Music. The song became a chart hit on the R&B charts. However, the group's subsequent follow-ups failed to chart, as did their debut album, Back Up Train. While performing with the Soul Mates, Al came into contact with Memphis record producer Willie Mitchell in 1969 when Mitchell hired him to be a vocalist for a Texas show with Mitchell's band. Following the performance, Mitchell asked Al to sign for his Hi Records label.

Having noted that Al had been trying to sing like Jackie Wilson, Sam Cooke, Wilson Pickett and James Brown, Mitchell became his vocal mentor, coaching him into finding his own voice. Before releasing his first album with Hi, Green removed the final "e" from his name. Subsequently, Green released Green Is Blues, which became a moderate success. Green's follow-up album, Al Green Gets Next to You, featured Green's hit R&B cover of The Temptations' "I Can't Get Next to You", recorded in a slow blues-oriented version. The album also featured his first significant hit, "Tired of Being Alone", which sold half a million copies and was certified gold, becoming the first of seven consecutive gold singles Green would record in the next couple of years.

Green's next album, Let's Stay Together, solidified Green's place in soul music with the title track becoming his biggest hit to date, reaching number one on both theBillboard Hot 100 and R&B charts. The album became his first to be certified gold. His follow-up, I'm Still in Love with You went platinum with the help of the singles, "Look What You Done for Me" and the title track, both of which went top ten on the Hot 100. His next album, 1973's Call Me spawned three top ten singles including "You Ought to Be with Me", "Call Me (Come Back Home)" and "Here I Am (Come and Take Me)". Green's album, Livin' for You, released at the tail-end of 1973, became his last album to be certified gold.

In addition to these hit singles, Green also had radio hits with songs such as "Love and Happiness", his cover of the Bee Gees' "How Can You Mend a Broken Heart", "Simply Beautiful", "What a Wonderful Thing Love Is" and "Take Me to the River", later covered successfully by new wave band Talking Heads and blues artist Syl Johnson. Green continued to record successful R&B hits in the next several years including "Livin' for You", "Let's Get Married", "Sha-La-La (Makes Me Happy)", "L-O-V-E (Love)" and "Full of Fire". By the time Green released the album, The Belle Album in 1977, however, Green's record sales had plummeted, partially due to Green's own personal issues during this time and his desire to become a minister. His last Hi Records album, Truth n' Time, was released in 1978 and failed to become a success. Two years later, he left Hi for Myrrh Records and recorded only gospel music for the next decade and a half.

Green's first gospel album, The Lord Will Make a Way, was released in 1980. The title song from the album would later win Green his first of eight Grammy Awardsin the Best Soul Gospel Performance category. In 1982, Green co-starred with Patti LaBelle on the Broadway play, "Your Arms Too Short to Box with God". His 1985 gospel album, He Is the Light reunited Green with Willie Mitchell while his 1987 follow-up, Soul Survivor, featured the minor hit, "Everything's Gonna Be Alright", which reached number 22 on the R&B chart, his first top 40 R&B hit since "I Feel Good" in 1978.

Green returned to secular music in 1988 recording "Put a Little Love in Your Heart" with Annie Lennox. Featured on the soundtrack to the movie, Scrooged, the song became Green's first top 10 pop hit since 1974. Green had a hit in 1989 with "The Message is Love" with producer Arthur Baker. Two years later, he recorded the theme song to the short-lived show Good Sports. In 1993, he signed with RCA and with Baker again as producer, released the album, Don't Look Back. Green received his ninth Grammy award for his collaboration with Lyle Lovett for their duet of "Funny How Time Slips Away". Green's 1995 album, Your Heart's In Good Hands, was released around the same period when Green was inducted to the Rock and Roll Hall of Fame. The one single released from the album, "Keep On Pushing Love (song)|Keep On Pushing Love" was described as "invoking the original, sparse sound of his [Green's] early classics."

In 2000, Green released his autobiography, Take Me to the River. Two years later, he earned the Grammy Lifetime Achievement Award and recorded a hit R&B duet with Ann Nesby on the song, "Put It On Paper". In 2003, Green again reunited with Willie Mitchell on the album, I Can't Stop. A year later, Green re-recorded his previous song, "Simply Beautiful", with Queen Latifah on the latter's album, The Dana Owens Album. In 2005, Green and Mitchell collaborated on Everything's OK. His 2008 album, Lay It Down was produced by Ahmir "Questlove" Thompson and James Poyser. It became his first album to reach the top ten since the early 1970s. The album featured a minor R&B hit with the ballad, "Stay with Me (By the Sea)" featuring John Legend and also featured duets with Anthony Hamilton andCorinne Bailey Rae. During an interview for promotion of the album, Green admitted that he would have liked to duet with Marvin Gaye: "In those days, people didn't sing together like they do now," he said. In 2009, Green recorded "People Get Ready" with Heather Headley on the album, Oh Happy Day: An All-Star Music Celebration. In 2010, Green performed "Let's Stay Together" on Later... with Jools Holland.

On October 18, 1974, sometime after Al Green Explores Your Mind was released, Mary Woodson White, a girlfriend of Green's, assaulted him before committing suicide at his Memphis home. Although she was already married, White reportedly became upset when Green refused to marry her. At some point during the evening, White doused Green with a pan of boiling grits while he was showering, causing severe burns on Green's back, stomach and arms. She then found his .38 and killed herself. The police found in her purse a note declaring her intentions and her reasons. "The more I trust you," she'd written, "the more you let me down."

Turn to the ministry

Green cited the incident as a wake-up call to change his life. He became an ordained pastor of the Full Gospel Tabernacle in Memphis in 1976 and continues to serve in this capacity, delivering services down the street from Graceland. Continuing to record R&B, Green saw his sales start to slip and drew mixed reviews from critics. In 1979 Green injured himself falling off the stage while performing in Cincinnati and interpreted this as a message from God. He then concentrated his energies towards pastoring his church and gospel singing. According to Glide Magazine, "by the late 70s, he had begun concentrating almost exclusively on gospel music." His first gospel album was The Lord Will Make a Way. From 1981 to 1989 Green recorded a series of gospel recordings, garnering eight "soul gospel performance" Grammys in that period. In 1985, he reunited with Willie Mitchell along with Angelo Earl for He Is the Light, his first album for A&M Records. In 1984, director Robert Mugge released a documentary film, Gospel According to Al Green, including interviews about his life and footage from his church.

In June 1977, Green married Shirley Kyles. They had three daughters together, Alva, Rubi and Kora. The marriage lasted until January 1983. Shirley Green accused her ex-husband of domestic violence throughout it.

Websites:
Facebook: AlGreen
External links are provided for reference purposes. Christian Music Archive is not responsible for the content of external internet sites.
Created by: siremidor on 26-July-2010 - Last Edited by siremidor on 14-October-2019