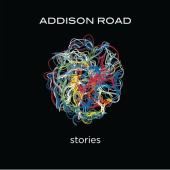 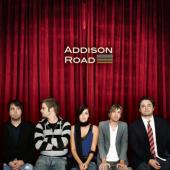 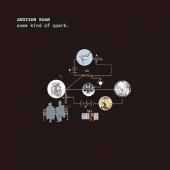 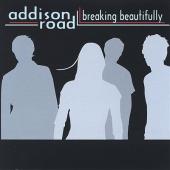 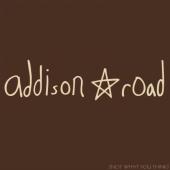 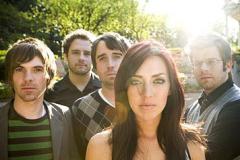 Addison Road was a Christian alternative pop/rock band from Dallas, Texas. The band was signed to INO Records in 2007 and released their self-titled debut album, Addison Road, on March 18, 2008. Their songs "All That Matters" and "Sticking With You" were the ninth and fifteenth most-played songs on R&R magazine's Christian CHR chart for 2008. On August 1, 2012, the band announced that after 10 years they will complete their time as a band.

Jenny Chisolm (guitarist) met Ryan Simmons (vocalist) at Baylor University in Waco, TX, and they began writing songs together not long after the group started booking a few gigs. When it became apparent that they needed a full band, they recruited friends Jay Henderson to play the drums, and Ryan Gregg (then a member of another band called Tribe America) to play lead guitar. They recorded a rough 4 song demo under the name "Jenny Chisolm Band."

By January 2001, the had band acquired producer, Chuck Dennie from By the Tree, and had recorded their first full-length independent album called Not What You Think. After that point they recruited another friend, bassist Travis Lawrence. In 2002, Ryan and Jenny were married, and moved to Dallas to become work as full-time musicians. The band later changed its name to "Addison Road," after their sound technician's daughter named Addison.

Later that year they came out with a second indie album called Breaking Beautifully. After getting a new drummer and beginning to lead worship at Richardson First Baptist Church, the band played in front of about 8,000 young people in the summer. That performance inspired its next indie project, Always Loved You EP, which was released in June 2005. They released their final independent album titled Some Kind of Spark in July 2006.

After being an independent band for six years, Addison Road signed onto INO Records in August 2007. Their self-titled debut album was released on March 18, 2008 and debuted at No. 182 on the Billboard 200.

In the spring of 2009 the band toured with the Rock and Worship Road Show, along with Jeremy Camp, MercyMe, Hawk Nelson, and Tenth Avenue North. However, because Jenny Simmons was pregnant with her first child, the group performed one song per show. On April 15, 2009, Jenny gave birth to the healthy baby girl, Anniston Cate, in the band's hometown of Dallas,TX.

Drummer Jeff Sutton left in January 2010 to concentrate on finishing a college degree he had begun earlier in life. The remaining band members are searched for their new drummer via YouTube.

In July 2012 lead singer Jenny announced that the band was more or less inactive, and confirmed on August 1, 2012 via the official website that members had "...collectively decided to put a definite end to Addison Road."

Websites:
YouTube: AddisonRoad
External links are provided for reference purposes. Christian Music Archive is not responsible for the content of external internet sites.
Created by: siremidor on 06-February-2013 - Last Edited by admin on 07-January-2016