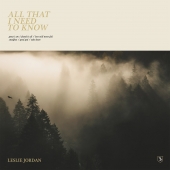 Leslie Jordan is listed in the credits for the following albums: 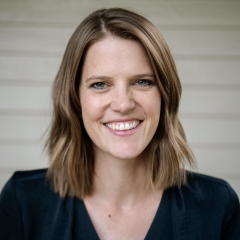 Leslie Jordan has been a member of:

Leslie Jordan is a creative artist living with her husband and son on lush Tennessee land outside Nashville. Yes, it is true. Leslie served on staff and led worship at an eclectic church just south of Nashville for ten years, made up of a large portion of artists. It is also true that, from 2010-2018, she comprised one-half of the Grammy Nominated All Sons & Daughters, is currently one of the Integrity Music Publishing staff writers and co-founded the Nashville-based non-profit, The Fold, where she now serves as Executive Director. In addition, what is true about Leslie but is often left unwritten are the reasons why and how she can do these things, and these reasons are perhaps a more important part of the written account of her life. Leslie is a woman who seeks after a healthy relationship between God, herself, and others who has found herself doing so most fully when she lives as a nourisher and resource.

After years spent incubating the desire to create a safe space for writers and artists, Leslie co-founded the non-profit organization, The Fold alongside her longtime friend and business partner Chris DeTray. Throughout the decade in which she spent writing, recording, and touring with All Sons & Daughters, Leslie connected with many and varied artists developing a foundation of friendships that became the starting point for The Fold in 2017. As a woman who cares deeply for others, she seeks to nourish and support the often under-nourished and under-supported yet highly gifted music industry artists. Much like a sheepfold serves as a place of shelter and rest for sheep, Leslie established The Fold to do likewise, knowing that in such a place of safety, songwriters and artist could find or recover their original voices and thereby create their most authentic work. In only four and a half years, Leslie has, like a midwife, supported the birth of thousands of new creative works, including songs and poetry, by way of leading writing workshops, hosting songwriting retreats, and raising other workshop leaders to work alongside her. In turn, these new songs and creative works have gone on to seed new projects released throughout the industry. A few examples of this are recent projects by Mission House, Sandra McCracken, Citizens, Porter’s Gate, and the Faithful Project released by Integrity Music and David C. Cook Publishing, which includes both studio and live recorded albums, a book, a Bible study, and a podcast all written, performed, and recorded by women such as Amy Grant, Ellie Holcomb, Ann Voskamp, and Sally Lloyd-Jones.

When Leslie isn’t writing music or running The Fold, she spends her time with her husband and son exploring under the swaying canopy of pine trees on their property, hosting blackberry picking parties, and gathering brave and curious friends together where they can sit alongside each other at connected picnic tables and wonder out loud about God, religion, and politics (yes, the very things you are not supposed to talk about). Which is to say, Leslie and her husband create a safe and fruitful space to talk about how best to live in a relationship with God, ourselves, and others. Is it any wonder that her work for and with other artists and her songs resonate with health and fruitfulness? I suppose that much like she labors over the land she and her husband own, Leslie also labors over her inner life. As though with a spiritual shovel, plow, and fountain Leslie and her family have created a way of living in community with others that has the wonderful ability to clear away any possible spiritual debris before preparing, planting, and nourishing the spiritual ground from which her songs and work life grow. Her new project, her work with The Fold, and her writing sessions spent with other songwriters are a feast harvested from her spiritual gardening. Additionally, the goodness of that feast bears witness to the labor of love Leslie has born in order to provide it.