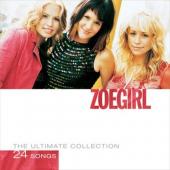 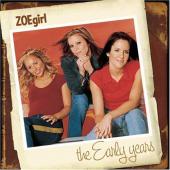 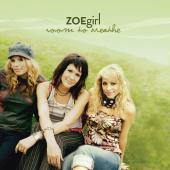 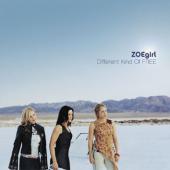 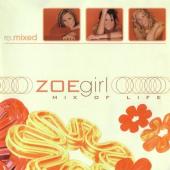 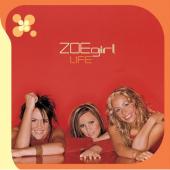 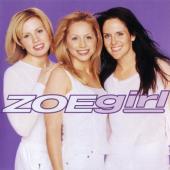 ZOEgirl is listed in the credits for the following albums: 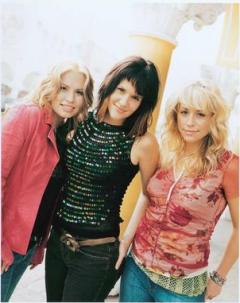 ZOEgirl was an American Christian teen pop and pop rock band formed in 1999. The group comprised Chrissy Conway-Katina, Alisa Childers and Kristin Swinford-Schweain. They were signed to Sparrow Records and released their debut single "I Believe" in 2000. This song and their self-titled debut album ZOEgirl helped them become Sparrow's fastest selling artist of all time. "With All of My Heart," the lead single for Life, was the group's only No. 1 Christian contemporary hit radio (CHR) single and led to the group receiving a GMA Dove Award for New Artist of the Year in 2002. By the end of 2003, over one million albums from ZOEgirl were sold.

As a response to the musical trends of the time, ZOEgirl changed their format from teen pop to pop rock with the release of "You Get Me" in 2003. Released as the lead single for their third album, Different Kind of Free, this was their only No. 1 Christian adult contemporary (AC) single. It also peaked at No. 2 on CHR, making it the second-highest ZOEgirl song on that chart. The group's musical change and the growing digital piracy at the time led to slower sales of ZOEgirl's music. Their fourth and final studio album Room to Breathe was a highly anticipated release that earned the No. 1 spot on Billboard's Top Heatseekers Album charts. It was ZOEgirl's least successful album in terms of US Christian radio airplay, with only "About You" and "Scream" released as singles and the latter being unsuccessful. Both songs were better received in Australia.

Norman Miller, an artist manager for groups such as Avalon, said one day: "I see a need for a girls pop group." He knew Alisa Childers since 1977, when she was two years old, and "decided to build the [girl] group around her." Together with Lynn Nichols, a writer and executive producer, they approached Kristin (Swinford) Schweain, who was then part of a jazz group. Nichols said: "She [Alisa] had a real writing sensitivity. Then we heard Kristin sing and play the piano. She had a pure pop voice, and it was a really interesting mix with Alisa’s more gritty style. Then we said, ‘Let’s just see what unfolds.’" Schweain felt that it was a difficult decision for her to choose between her jazz group and this new opportunity in a girl group: "I felt like I was betraying them [her previous group], but at the same time I felt a pull to ZOEgirl and felt led to meet Alisa." She ultimately decided to join the girl group.

They wanted a third member, so Kristin remembered that her friend had "a friend in Atlanta who was playing in a band and working with some musicians." Nichols recalls: "It sounded kind of flaky, but I told Kristin to give her a call." This girl from Atlanta was Chrissy (Conway) Katina, who "was on the verge of signing a major record deal." Katina said: "My lawyer thought I was crazy for wanting to join a Christian group. He told me I’d never make any money." Regardless, she chose to become the third member of the group, which has yet to be named.

Chrissy Conway-Katina is currently taking a musical hiatus. She is currently a photographer and has her own company named "Magnify U". She is married to James Katina (of the band The Katinas) and has two children named Haylee Raine Katina (b. 2006) and Rylie Siai Katina (b. 2009)

Alisa Childers is currently in an independent Christian group named Girard with her sisters and nieces. They got together in late 2009. They released their first self-titled album independently under Calvary Chapel Music on April 20, 2011. Alisa is married to Mike Childers and has two children named Dyllan Joi Childers (b. 2008) and Aaden (b. 2011).

Kristin Swinford-Schweain is currently taking a musical hiatus. She is married to Ryan Schweain and has two children named Stella Rose Elizabeth Schweain (b. February 13, 2007) and Callum Ryan Moses Schweain (b. September 22, 2010).

Websites:
Facebook: ZOEgirlMusic
External links are provided for reference purposes. Christian Music Archive is not responsible for the content of external internet sites.
Created by: siremidor on 26-July-2010 - Last Edited by siremidor on 22-December-2021