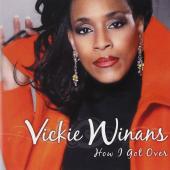 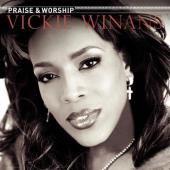 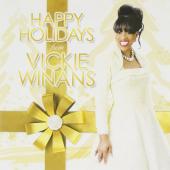 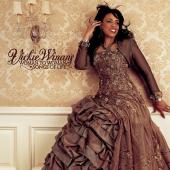 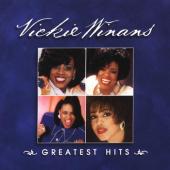 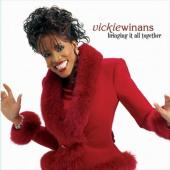 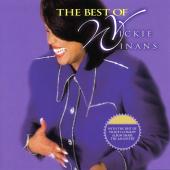 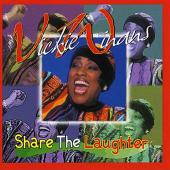 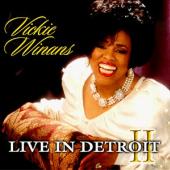 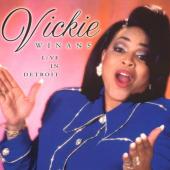 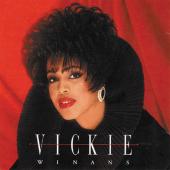 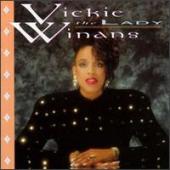 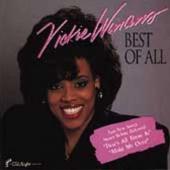 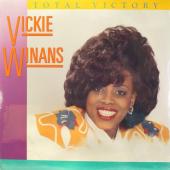 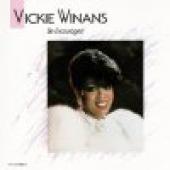 Vickie Winans is listed in the credits for the following albums: 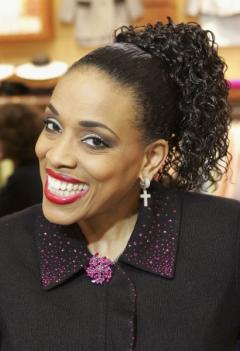 Vickie Winans (born Viviane Bowman) is an American Gospel recording artist. The seventh of twelve children, Vickie was born in Detroit, Michigan to Mattie A. Bowman, a housewife, and Aaron Bowman, a father who worked at various times as a laborer, contractor, carpenter and mason. She began singing in church – the International Gospel Center – at the age of eight, and as a teenager she sang with a group known as the International Sounds of Deliverance.

After high school, she married Bishop Ronald Brown of Faith Tabernacle Deliverance Temple in Orangeburg, South Carolina. Together they had a son, Mario Brown, now known as Mario Winans. In June 1978, she married Marvin Winans of the popular gospel group, The Winans. With Marvin she had two sons, Josiah Winans, and Marvin Jr. (Coconut). At the end of 2003, Vickie married businessman, Joe McLemore. Vickie lost her mother, Evangelist Mattie Bowman, on December 12, 2006.

It was her marriage to Marvin that led Vickie to consider a career in music. She was asked to, and joined, Winans Part II, a group that included then in-laws BeBe and CeCe Winans and brother Daniel Winans. However, the group never took off as BeBe and CeCe left to join the PTL Singers of the long-running Christian television show, The PTL Club.

The Winans became the best selling act on their record label, Light Records, and this enabled husband Marvin to Vickie her a recording contract. Her solo album, Be Encouraged was released in 1987 and became a major gospel hit. The LP included a cover of Dottie Rambo's, "We Shall Behold Him", as well as "First Trumpet Sound," a gospelized remake of Gladys Knight & The Pips' "Midnight Train To Georgia." Be Encouraged netted a Grammy nomination for Best Contemporary Soul Gospel Album, a Stellar Award for Album of the Year, and an Excellence Award for Best Female Contemporary Artist.

Her follow-up album, Total Victory was markedly less successful, due in part to the financial floundering of Light Records after its flagship group, The Winans, left to join Quincy Jones' Qwest Records.

In 1990, Vickie signed, not to a gospel recording company but to Geffen Records. Unfortunately, Geffen was bought by Universal Records and Vickie's contract was shifted to sister label MCA Records. Dealing with a company that hadn't signed her, she found herself being subtly pushed to tone down the Christian message in her music. "They don't tell you, but you get the vibe," she said in 1999. "I don't ever, ever, ever want to be in that predicament again. It's one thing when you just sing a song where you don't use the actual name of Jesus, but it's a whole 'nother thing when you TRY not to use the name. For me, the name of Jesus will never be distasteful in my mouth. He's always the answer".

Her 1991 MCA release was The Lady which included production by R. Kelly, husband Marvin Winans, and her son Mario. The nine-song album was missing the name Jesus and controversially contained a rendition of West Side Story's "Somewhere". MCA then sent Vickie to that year's Stellar Awards television broadcast with dancers – a move that shocked the conservative Christian community, leading to the Winans having to issue a public apology. This controversy led to the Gospel community not backing the album, and after also failing to break through on contemporary R&B radio, MCA eventually dropped Winans from their roster. The Lady, also, netted a Grammy nomination for Best Contemporary Soul Gospel Album.

After 3 years without a recording contract, former Word Records executive James Bullard signed Vickie to Intersound Records, an Atlanta-based classical recording label, for which he was forming a gospel music division. Her label debut Vickie Winans rose to #10 on the gospel charts, spawning the hits "Work It Out" and "We Shall Behold Him." However, she developed nodes on her vocal cords.

Vickie ran across a James Cleveland classic tune from the 1960s called "Long As I Got King Jesus" and used it as the lead single and megahit for a traditionally-styled album in 1997 titled Live In Detroit. Recorded live at Bishop Andrew Merrit's Straight Gate Church, Winans recorded simple arrangements of "Great Is Thy Faithfulness", Bill Gaither's "Because He Lives" and Candi Staton's "The Blood Rushes". Another James Cleveland classic, "No Cross, No Crown", was also a hit from the album.

Intersound/CGI realized and capitalized on Winans' star quality by planning to release three Vickie Winans albums in 1999; a May release of Live In Detroit II, followed by the Share The Laughter comedy album in July and capping the year with an October release called Woman To Woman: Songs Of Survival. They launched their most expensive marketing campaign ever to promote the project. They bought full page color ads in magazines, shot a concept video for the song "Already Been To The Water" and hired Capital Entertainment (which handled CeCe Winans and Bishop T. D. Jakes at the time) to handle Winans' press coverage. They were able to book Vickie on Queen Latifah, various BET shows and Jenny Jones, among other high profile television programs and got her the most press coverage she'd had since she toured with the Winans Family Tour in 1992. As a result, Live in Detroit II was a major success, reaching #3 on the gospel charts, only failing to top the charts because of Kirk Franklin's success with The Nu Nation Project in the same year.

Vickie Winans troubles with recording companies continued after Intersound/CGI closed and released her from her contract. In early 2000, she signed with Tommy Boy Gospel. Woman To Woman was scheduled as the third album in the trilogy, but the label folded before the album could be released.

In 2002, she signed with Verity Records at the invitation of her longtime friend Max Siegel who had assumed leadership of the label. After a four-year hiatus, in 2003, Winans released Bringing It All Together which featured "Shake Yourself Loose", written and produced by her son, Mario. Leaving nothing to chance, she dipped deep into her own pockets to create a marketing strategy that most gospel labels would never spend on a project. She spent well over $200,000 creating five music videos, hiring independent radio teams, promotional marketing teams and creating a 50 city-promotional concert tour to launch the CD. The strategy paid off as the album debuted at #1 on the Billboard gospel music charts. It spent nine weeks at #1 and a full year in the Top 10. The album also garnered 8 Stellar Award nominations, winning 5, and a Grammy nomination.

How I Got Over (Destiny Joy Records) is the name of Winans' self-produced CD that was released on August 25, 2009. The eleven-song project is a well-blended collage of traditional and urban contemporary songs. Her first radio single, “How I Got Over” is Winans’ personal testimony. Taking a line from an old hymn classic favorite, Winans creates a brand new song that celebrates her victories, faith and trust in God. It opens with an upbeat, but old school church flavor and breaks down into a contemporary vamp before she slams a closing with her nephew, Tim Bowman, Jr. who lays down some jazzy scats. The song's music video was shot in the basement of Winans' home. This album gained Vickie Winans a Grammy nomination for Best Traditional Gospel Album.