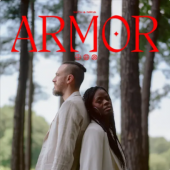 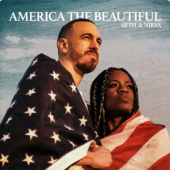 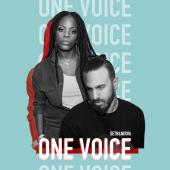 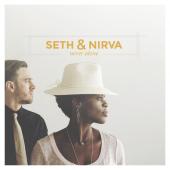 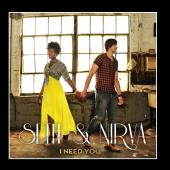 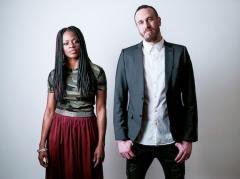 If “all the world’s a stage,” as Shakespeare so famously penned, Seth & Nirva are right at home. Performing before audiences night after night as sought-after background vocalists for some of the biggest names in music, the couple stands poised to take the spotlight of their own with a highly-anticipated collaborative debut, I Need You.

Each extraordinary artists in their own right, Nirva Ready—a Chicago native and daughter of Haitian immigrants—is familiar to fans around the world as a singer and dancer in TobyMac’s Diverse City Band. Joining the group shortly after her graduation from Nashville’s historic Fisk University, where she was a member of the renowned Fisk Jubilee Singers, Nirva has traveled with the iconic GRAMMY®-winning artist for more than a decade, and it’s an honor she doesn’t take lightly.

“It means a lot to be a part of such a huge team that influences so many through the art of music for the Kingdom of God,” she says. “I've learned so much musically as well as spiritually, and I'm humbled to share the stage with one of the most popular Christian artists in the field. It far exceeds anything I could have dreamed.”

Traveling a similar path, Seth Ready’s resume also boasts a who’s who of top Christian and gospel artists. Growing up in central Florida, the self-described “gospel music fanatic” spent hours alone in his room singing, emulating influences like Andrae Crouch, The Winans, and Fred Hammond. Such dedication to his passion afforded Seth a series of opportunities in college that ultimately landed him at the doorstep of one of urban gospel’s most groundbreaking talents, Kirk Franklin. Following a tenure with the multi-platinum artist’s Hopeville Tour, Seth has also been a background vocalist for such names as Chris Tomlin, Donnie McClurkin, and CeCe Winans, to name a few.

While Seth & Nirva began their journeys in different musical circles, it wasn’t long before their paths began to cross. “Nirva doesn’t remember the first two times we met, so I obviously made a big impression,” Seth says with a laugh. “I first met Seth in San Diego at a Billy Graham Crusade,” Nirva recounts. “We were each singing background for artists that evening—me for TobyMac and Seth for Kirk Franklin—and a mutual friend introduced us.”

Married for seven years, the couple have always felt they were destined for a musical partnership as well, though divergent career opportunities kept that pursuit at bay until now.

“I think we are more dynamic together,” Seth says. “Nirva has an incredible range and a powerful voice that brings a lot of energy to a song. I believe my strengths are feel and timing, and together we really complement each other.”

“I feel so at home when I am singing with Seth,” Nirva echoes. “There is just something very comfortable and natural about it. I have always enjoyed being part of a team rather than being on my own, and who better to be teammates with than your best friend and husband.”   The couple’s much-anticipated debut, I Need You, is a natural extension of their lives so far, both musically and spiritually. With their signature soulful vocals melting into groove-laden pop and breezy R&B melodies—a powerful combination all its own—Seth & Nirva also showcase their talents as songwriters on several tracks. Upping the ante further, they enlisted the help of a few friends to round out the seven-song set.

Diverse City’s Shonlock and GabeReal make appearances on the piano-driven, introspective title-cut as well as the all-out hip-hop groove of “Praise Him,” respectively, while TobyMac himself steps up to the plate on the funky, electronically percolating “All Praise.”

“I've been traveling and doing music with these artists for so long they have become family to me, and they are so incredibly talented,” Nirva says. “That they would take time out of their busy schedules to appear on our project really meant the world to me.”

Beyond the smart production and juicy ear candy I Need You generously offers, the ultimate goal of the project—for Seth & Nirva—is to be both an offering of worship and an articulation of the Gospel.

“Worship leading is a passion for us because living a life of worship unto God is what we were made for,” Nirva shares. “We were created for God, His will, and His pleasure. He is showing me that it's bigger than music. Worship flows from a heart that draws life from the One who gave it. Leading people into that understanding is an honor we don't deserve, but we do out of love and reverence for Him.”

“I am often grieved when I see how lost people are—it’s not just that they don’t know where they are going, they don’t even know where they are,” Seth adds of the couple’s mission. “I join with the heart of the Father in not wanting anyone to perish in this way, but willing that they should turn and receive the gift of Life offered in the Kingdom of God through Christ.”

Making their home in Florida, Nirva continues to tour with Diverse City while Seth recently took on a new role—pastor of young adult ministry at The Crossing Church in Tampa. “I am particularly passionate about equipping people to have a thoughtful confidence in God that results in everyday interaction with and reliance upon Him and His Kingdom,” he says. “Being connected to the local church in this way provides Nirva and me with firsthand knowledge of what people are dealing with, and our work as artists often flows directly out of these experiences.”

Settling into their respective roles in life and ministry and excited to finally begin the musical partnership they’ve long desired, I Need You ushers this multi-talented couple into a spotlight all their own. With a funky, fresh new sound and a message of timeless Truth, no question Seth & Nirva are the headliners now, and the world is their stage. 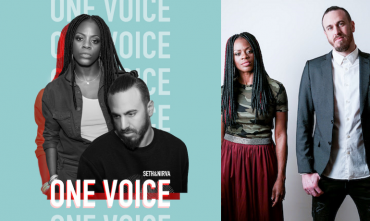 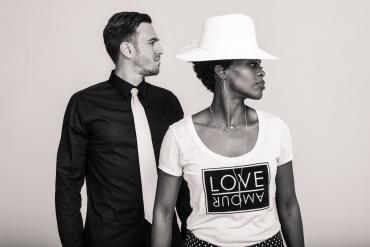