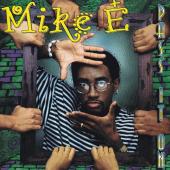 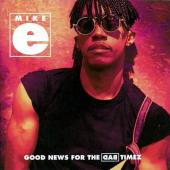 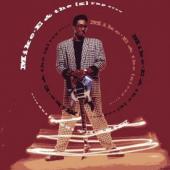 Mike E is listed in the credits for the following albums: 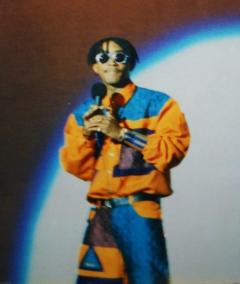 Grammy Award Winning, Legendary rap artist & Master guitarist Mike-E is a pioneer in the field of Gospel Rap. The first to win back to back Dove Awards for Rap Album of the Year. Recently honored as a founding member of Commissioned receiving the BMI Legends of Gospel Trailblazer Award. The recipient of two Stellar Awards for his radio show Mike Check.

Mike-E has appeared and performed on over 100 albums including 3 of his own – performing with the likes of Whitney Houston • Yolanda Adams • BeBe & CeCe Winans • Aretha Franklin to name a very few.

Mike-E has performed on the big screen with the likes of Michael Clark Duncan and Luke Perry in Redemption Road, Country Strong with Gwyneth Paltrow, and the hit ABC Series Nashville.

Honored as a member of Commissioned by receiving the BMI Legends of Gospel Trailblazer Award, the already legendary rap artist Mike -E was born Michael E. Wright on the west side of Detroit. The son of a Pentecostal Bishop & a very loving mother. He was raised in the rich musical community known as Hitsville, USA (Motown) and in the heart of the industry’s gospel birth place.

Growing up thirteen blocks from Motown, Mike-E’s musical career started early. He played both the French Horn & Cello throughout his school years. Mike-E started playing guitar at the age of thirteen in the corner of his parents’ church. That launched his career in the gospel industry. Mike-E found himself performing with every gospel artist in the city. Some of those artists include: The Winans, The Clark Sisters, Thomas Whitfield, Vanessa Bell-Armstrong, BeBe & CeCe Winans and the list goes on and on. Mike-E was also one of the founding members of the group Commissioned.

Mike-E moved to New York at the age of eighteen where his touring career began with Tremain Hawkins’ “Fall Down Tour.” From there, Mike-E never looked back & has been making music ever since.

Mike-E was also the first black artist to cross over into the world of Christian Music. He found himself touring with renowned artists like Michael W. Smith “Go West Tour”, Amy Grant, DC Talk, BeBe & CeCe Winans “Heaven & Addictive Love Tour.” This was during the time that Mike-E was signed to Reunion Records where he was label mates with Michael W. Smith & Amy Grant.

Upon leaving Reunion Records, Mike-E partnered with NFL Superstar – All Time Sack Leader – Minister of Defense – Reggie White where the two formed Big Doggie Records. Mike-E was CEO, Co-Owner and the Label’s first artist where his inaugural release “Back In The Day” received four Dove Award Nominations including Rap Artist of the Year.

Mike-E has continued to be a driving force in the industry both writing, producing and launching his ground breaking business – Total Gig University – which is designed to be the ultimate performance development & consulting firm. As a pioneer in the hip hop world, Mike-E is known just as much for his blistering guitar skills as for his rapping prowess.

Mike-E became the first rapper in history to perform in a Live Broadway Production with the Boys Choir of Harlem. Mike-E also produced the song “Rough Crossing” for their sound track album.