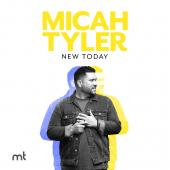 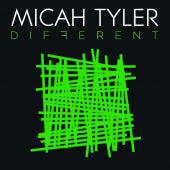 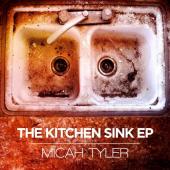 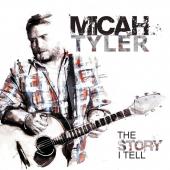 Micah Tyler is listed in the credits for the following albums:

It’s hard to imagine how many times Micah Tyler spent his days wondering ‘what’s next,’ while driving a sausage delivery truck across southeast Texas. Surely, questioning his own discernment to quit his youth pastor gig, sell half of what he owned to move his family into a single-wide trailer and start traveling the region, performing songs he’d written.

Not an easy move for a guy in his late 20s living in somewhat-reclusive Buna, Texas with a wife, three kids, and no strong connection to the music industry, at the time. “I just knew I had to be obedient and step out into music full time,” Tyler recalls. “I told the Lord, ‘I don’t know how to be a professional musician, but you’ve taught me to be faithful.’ It was a daily decision to wake up every morning and stop worrying about tomorrow.”

Fast-forward down that long road, and the same guy behind the delivery truck wheel over a half-decade prior, is now the latest pop artist to sign a national record deal, garner a nod for “New Artist of the Year” at the GMA Dove Awards and release his debut album, Different, through Fair Trade Services, home to MercyMe, Newsboys and many other key industry names. The lead single from that project, “Never Been a Moment” is not only one of the biggest radio chart-toppers from a breakout act in 2016, it turned out to be more autobiographical in context than he even planned.

“(Nashville songwriter) Jeff Pardo and I jumped in to writing this song without a specific story behind it, until after it was completed,” Tyler says. “Then I realized, ‘Wow, this song is essentially a journal entry of the past six years of my life. Everything my family and I had gone through in this faith journey led up to this.”

A big part of Tyler’s journey included traveling 200 days per year, performing at youth and college-aged camps and leadership conferences throughout the South. His impact and understanding of his younger audiences was immortalized on a viral parody video titled “Millennials,” which has over 65 million cumulative views on YouTube and Facebook. Most budding artists pine for such organic exposure, but Tyler’s YouTube fame put him on edge, though leading him to a healthy resolve.

“Here I am, working hard toward becoming a serious musician when this funny video breaks loose—and I’m thinking this isn’t at all what I want to be known for,” Tyler says. “But in all of this, God’s helped me recognize he’s provided a special set of colors on my palette to paint with, and I’m the only one who can paint this unique picture with my life and story. If he calls it ‘wonderful,’ then I need to embrace that and celebrate its worth.”

Tyler’s epiphany hit him so clearly, that it inspired the album’s title track “Different.” “Writing this record brought to the surface a lot of insecurities I’ve dealt with my entire life. Not feeling good enough. Psalm 139, David’s praise of being uniquely created felt more like a punishment to me,” Tyler says. “I want to sing and look and perform like other artists, but I’m not called to be Jeremy Camp or Bart Millard. The only one he’s called me to be is Micah. There are times I’d rather be those other guys, but I’m ultimately learning to embrace who God has called and created me to be.”

With that said, hundreds of nights on the road have certainly honed Tyler’s purpose for ministry through a growing list of self-penned tunes borne from a place that’s as real as the person he’s trying to be. “These songs are battle-tested,” says Micah. “I want to live the music I’m writing. There are some songs I can’t write because I haven’t lived there yet. When someone comes up to me after a concert and tells me how my songs affected them, I want to make sure they know I can relate.”

Outside of the notable radio hits found on his newest 12-track LP, including the multi-chart No. 1 hit “Never Been A Moment” and current title track, Different includes “Soul Song,” “Directions,” “Comeback Song” and more. Tyler will continue his nearly constant trek on the road joining Big Daddy Weave and We Are Messengers for the west coast-focused “Set Free Tour” throughout the majority of the fall.

Different seems appropriate for Tyler since life looks a lot different than it did five years ago. But the passion and drive of that original step he took to serve the Lord remains very much the same and we hope that never changes.

Begnaud is married to Casey Begnaud, and together they have three children, where they reside in Buna, Texas.