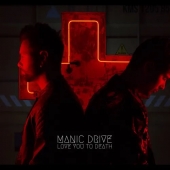 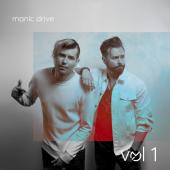 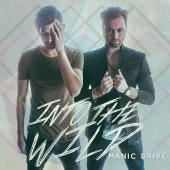 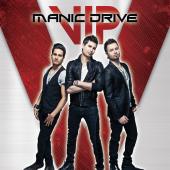 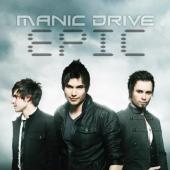 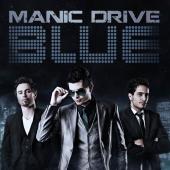 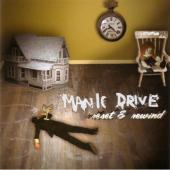 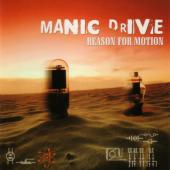 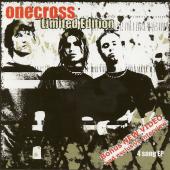 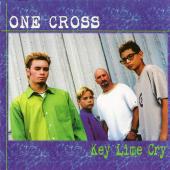 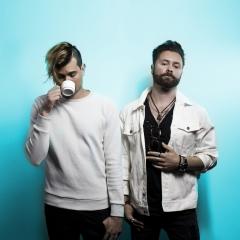 Manic Drive formed in 2004 after disbanding Christian family band One Cross with two members: Shawn Cavallo, former lead singer, and drummer and brother Michael Cavallo. The band went through several lineup changes early in their career, starting with session musician Lucas Wright. In April 2004, following a GMA showcase, Manic Drive was signed to Butterfly Music Group (now Whiplash Records). In May 2005 they released their debut album, Reason for Motion. It was well-received as singles "Luckiest", "Nebulous", "Memories" and "Middle of it All" all hit the R&R Top 30 Christian Rock charts, debuting high in the top 10. In late 2005, they toured with Seventh Day Slumber and Fireflight.

Brothers Michael and Shawn Cavallo formed Manic Drive in 2004 when the opportunity of a major label offered them a record deal. In April 2004, following a GMA showcase, they were signed to Butterfly Music Group out of Nashville, TN. Later that year members of Butterfly Music Group decided to go in a different direction and started an indie label named Whiplash Records in Spring Hill, TN (South of Nashville). The Cavallos, with session bassist Lucas Wright, started tracking in the studio to release their first release Reason for Motion May 2005. The album received distribution through Infinity Music Group/Central South through a licensing deal with Whiplash Records.

The album independently gained unexpected national success as singles "Luckiest", "Nebulous", "Memories" and "Middle of it All" all hit the R&R Top 30 Christian Rock charts and debuted high in the Top 10. This allowed them the opportunity to tour in the fall of 2005 with Tooth & Nail Records recording artist Seventh Day Slumber and Flicker Records recording artist Fireflight. Through national touring, Top 10 music videos and radio, Manic Drive's "Reason for Motion" sold over 10,000 units without the assistance of a major label.

In 2007, a second release was anticipated. Manic Drive hit the studio with new members bassist Tyler Dolynsky and drummer Travis Blackmore Manafest through the summer of 2007 between festival touring to release Reset & Rewind September 18, 2007. The album was highly praised by multiple critics giving the second release an average of four to five stars. CCM Magazine listed Reset & Rewind in the Critic Picks Top 10 Albums of 2007 among Relient K and Anberlin.

In 2008, their single "Blue", featuring four-time Grammy award winning artist Kevin Max of dc Talk, became a turning point for Manic Drive as the single and music video not only gathered much success on the Billboard Charts Christian Rock Top 30 chart, but was featured as a world premiere that serviced to over 20 countries by the Gospel Music Channel and climbed to No. 2 Rock Video of 2009 following Skillet's Comatose. "Blue" placed on several top 10 video charts including networks such as JCTV, CBN (1cubed) and God TV(Europe/Asia).

Back in their homeland, Canada, Manic Drive was nominated for seven CGMA (Canadian Gospel Music Association) Covenant Awards in 2008 and won "Best Video of the Year" & "Best Rock Album of the Year". That same year they were invited to perform at large youth conferences and festivals including Change Conference in Toronto, Canada and JesusRock Festival in Kramfors, Sweden.

On August 18, 2009 Manic Drive re-released their sophomore album "Reset and Rewind" renaming it "Blue" and added several new tracks including "Walls", "Music" and "Rain". Producer Lucio Rubino (singer/guitarist for Story Side B) took on the project remixing the single "Blue" and for fun, was invited to sing on the single "Blue" for the release. CCM Magazine (Jan 2010 issue) listed "Blue" as their Top 10 picks (No. 7) of 2009.

In the fall of 2009, Manic Drive was invited by legendary 80s metal band Stryper to be featured on their "25th Anniversary Tour". The three-month tour took place coast to coast across the US and Canada. Oz Fox (guitarist for Stryper) was seen walking out on stage in Portland, Oregon performing lead guitar with guitarist Michael A. Cavallo.

In January 2010, they teamed up with the Billy Graham Association and performed a sold out show with speaker Will Graham (Billy Graham’s grandson) and Grammy nominated artist Fresh I.E in Canada's capitol Ottawa, ON. That fall, their second single "Music" stormed up the charts debuting on the Top 10 Air 1 charts and Top 20 CHR Christian Billboard chart while being featured on the "For those Who Wait Tour" with national artist Fireflight featuring Group 1 Crew. 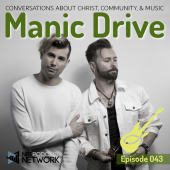 Brothers Shawn & Michael Cavallo have been singing and performing together since 1997. In 2004 they reorganized as Manic Drive and released a couple of albums that were recognized by the Canadian Gospel Music Associates with 4 Covenant Awards. Then in 2015 they received a Juno Award for Best Christian Album. Sitting down with these guys was a lot of fun. I really appreciated Shawn & Michael’s intent to make music that will share their faith in places that might not be open to traditional Christian music. 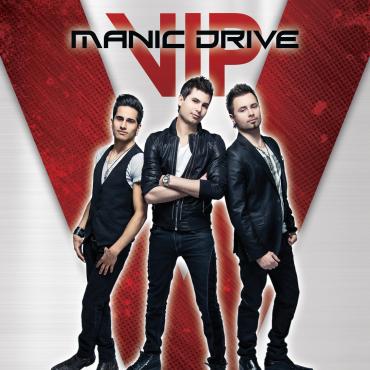 Toronto, ONT – For fans of the Toronto-based Manic Drive, it has been a long three-year wait since their acclaimed studio project, EPIC. Since its inception, this award-winning trio has built a loyal international following, fostered by their infectious brand of power-pop and a genuine commitment to a relationship with their audience. October 14, a new season begins.