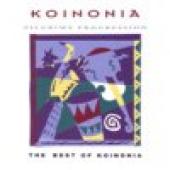 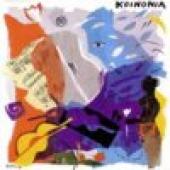 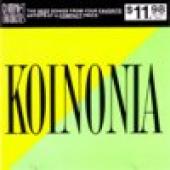 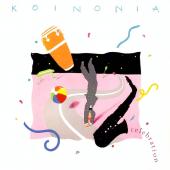 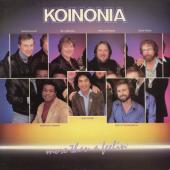 In the 1970’s and 80’s, a fusion in jazz music occurred giving birth to a new, more electrified and diverse genre called jazz-funk. One of the notable pioneers in this genre was Koinonia.

Though less known in the United States, Koinonia established themselves as a huge sensation in Scandinavia and Western Europe, performing to sell-out crowds from 1982 to 1991 in Norway, Denmark, Holland, Sweden, Finland, Germany, Switzerland and France. Their Latin-infused rhythms and upbeat melodies gave them a distinct and cultured sound. Taken from a Greek word used in the Bible to mean "intimate fellowship" Koinonia was notably one of the first Christian, though primarily instrumental, jazz bands.

The original members of the band, which formed in 1980, were: (leader) classically trained guitarist, Abraham Laboriel,on electric bass guitar, child-prodigy drummer, Bill Maxwell, Dean Parks on guitar, Alex Acuña on percussion and drums, John Phillips on woodwinds, Hadley Hockensmith on guitar, and Harlan Rogers on keyboards. In 1981 the saxophone/clarinet & flute virtuoso, Justo Almario, replaced John Phillips. Dean Parks also left at that time because he did not want to travel. Chester Thompson joined one tour in Europe in 1987, replacing Alex, but he was never a member of the band. In 1988, Lou Pardini joined the band on keyboards and vocals, and then, Koinonia disbanded in 1991.

Each member has gone on to be successful individual and/or studio and session musicians working with many giants of the music industry. Currently Abraham Laboriel, Justo Almario, 8-time Grammy Award winning Bill Maxwell, with the addition of long-time arranger/composer/sessionman, Greg Mathieson, are the quartet known as Open Hands based in Los Angeles. Hadley Hockensmith has been Neil Diamond’s guitarist for 25 years. Dean Parks is still one the top studio guitarists in Los Angeles, and Alex Acuña is one of the major LA studio film percussionists and tours with his own band. Harlan Rogers lives in Nashville and has retired from music. Lou Pardini has recorded several of his own albums, composing a Grammy-award winning song for Smokey Robinson as well. John Phillips has been out of contact.