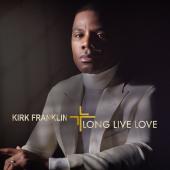 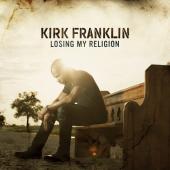 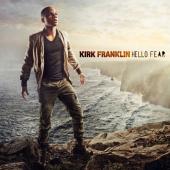 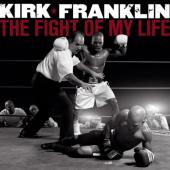 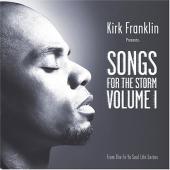 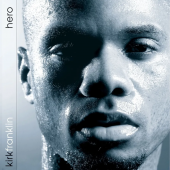 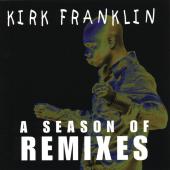 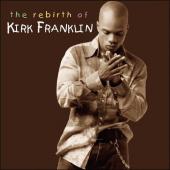 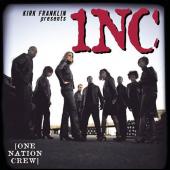 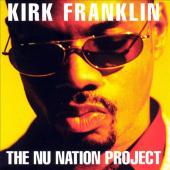 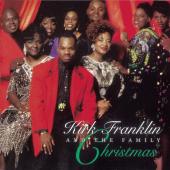 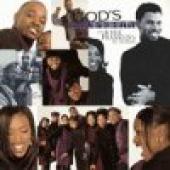 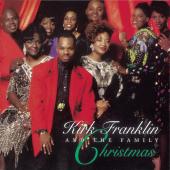 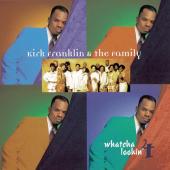 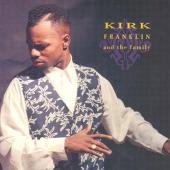 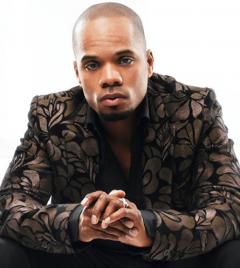 Kirk Dwayne Franklin is an American Gospel music singer and author, and is most notably known as the leader of urban contemporary gospel choirs such as The Family, God's Property and One Nation Crew (1NC).

A native of Fort Worth, Texas, Franklin was raised by his great aunt Gertrude, having been abandoned as a baby by his mother. Gertrude collected and resold aluminum cans to raise money for Kirk to take piano lessons from the age of 4. Kirk excelled in music, able to read and write music by ear.

He received his first contract offer at the age of seven, which his aunt turned down. He joined the church choir and became music director of the Mt. Rose Baptist Church adult choir at the age of eleven.

Despite his strict religious upbringing, Franklin rebelled in his teenage years, and in an attempt to keep him out of trouble, his great aunt arranged an audition for him at a professional youth conservatory associated with a local university. He was accepted and, while his life seemed to be on track for a while, the announcement of a girlfriend's pregnancy and his eventual expulsion from school for behavioral problems proved otherwise.

After the shooting death of a friend, Franklin returned to the church, where he began to direct the choir once again. He also co-founded a gospel group, The Humble Hearts, which recorded one of Franklin's compositions and got the attention of gospel music legend Milton Bigham. Impressed, Bigham enlisted him to lead the DFW Mass Choir in a recording of Franklin's song "Every Day with Jesus." This led to Bigham hiring Franklin, just 20 years old at the time, to lead the choir at the 1990 Gospel Music Workshop of America Convention, a major industry gathering.

In 1992, Franklin organized "The Family", which is a seventeen-voice choir, formed from neighborhood friends and associates. In 1992, Vicki Mack-Lataillade, the co-founder of fledgling record label GospoCentric, heard one of their demo tapes and was so impressed she immediately signed up Kirk & The Family to a recording contract.

In 1993, the group, now known as "Kirk Franklin & The Family," released their debut album, Kirk Franklin & The Family. It spent almost two years on the Gospel music charts and charted on the R&B charts, eventually earning platinum sales status. It remained at #1 on the Billboard Top Gospel Albums chart for 42 weeks. It was the first gospel music album to sell over a million units.

1997 brought another album, a collaboration with the vocal ensemble God's Property, aptly named God's Property from Kirk Franklin's Nu Nation. The lead single, "Stomp", featuring Cheryl "Salt" James (of Salt-N-Pepa), was a huge hit, enjoying heavy rotation on MTV and other music channels, and charting at #1 on the R&B Singles Airplay chart for 2 weeks, even making it in to the Top 40. God's Property from Kirk Franklin's Nu Nation was #1 on the R&B Albums chart for 5 weeks, #3 on the Pop charts, and would go on to be certified 3x platinum. It also brought Franklin another Grammy for Best Contemporary Soul Gospel Album, as well as three Grammy nominations.

The Nu Nation Project was released in 1998. The first single, an interpretation of the Bill Withers song "Lean on Me" and produced by Franklin and pop producer Dan Shea, controversially featured several mainstream artists, including R. Kelly, Mary J. Blige and Bono of U2. Together with Crystal Lewis, and the Family, "Lean On Me" and the second single "Revolution" (featuring Rodney Jerkins) were considerable hits, and the album contained a version of another Withers song "Gonna Be a Lovely Day". The Nu Nation Project went on to top the Billboard Contemporary Christian Albums chart for 23 weeks and the Billboard Gospel Albums chart for 49 weeks, and brought Franklin his third Grammy.

In, 2000, The Family filed a multi-million dollar lawsuit for royalties for their work on The Nu Nation Project against Franklin and GospoCentric Records. This saw the end of the "Kirk Franklin & The Family" records, as Kirk went on to become a solo artist, except for his CD Kirk Franklin presents 1NC, which he did in collaboration with 1NC, and was released that same year.

On January 16, 2010 at the 25th Annual Stellar Awards show taping, in Nashville, Tennessee, Kirk Franklin & The Family reunited briefly on stage to perform songs made popular by them in the 1990s.

In 2001, Franklin ventured into new territory, scoring and producing the soundtrack for the film Kingdom Come. The soundtrack featured gospel artists Mary Mary, Crystal Lewis, and 1NC, as well as secular artists Az Yet, Jill Scott, Shawn Stockman of Boyz II Men and others. A notable song from the soundtrack was "Thank You" (Kirk Franklin feat Mary Mary).

2002's The Rebirth of Kirk Franklin topped the Gospel Albums chart for 29 weeks, was #1 on the Hot R&B/Hip-Hop Albums chart, and was certified Platinum. The album featured collaborations with Bishop T.D. Jakes, Shirley Caesar, Tobymac, Crystal Lewis, Jaci Velasquez, Papa San, Alvin Slaughter, and Yolanda Adams. This was Kirk's first major release not to garner him a Grammy Award.

On October 4, 2005, Hero was released in the United States. The album was certified Gold on December 2, 2005, and Platinum on December 14, 2006, by the Recording Industry Association of America. It made #1 on both the Billboard Top Christian and Top Gospel albums. The first single, "Looking for You", was a hit, as was the follow-up "Imagine Me", which made it onto the R&B Charts. In December 2006, Kirk Franklin won two 2007 Grammy Awards for Hero. Additionally, Hero was the 2007 Stellar Awards CD of the Year.

Kirk Franklin's 10th album, The Fight of My Life, was released in the United States on December 18, 2007. The album debuted on the Billboard 200 at #33 with 74,000 copies sold in the first week. It reached #1 on both the Billboard Top Gospel and Top Christian albums charts, and also peaked at #7 on the Billboard Top R&B/Hip-Hop Albums Chart.[9][10] The first single, "Declaration (This is It)," was released on October 23, 2007, and peaked at #35 on the Billboard Hot R&B/Hip-Hop Songs Chart.[10] The album features guest appearances from Rance Allen, Isaac Carree, TobyMac, Da' T.R.U.T.H., Doug Williams, and Melvin Williams. The song "Jesus" was released as the album's second single in 2008 and was sent to Urban AC radio on July 15, 2008. In January 2010 after Haiti had a devastating earthquake, Kirk Franklin got an ensemble of gospel artists together to sing the song he wrote, called "Are You Listening". They included: Yolanda Adams, Jeremy Camp, Shirley Caesar, Dorinda Clark-Cole, Natalie Grant, Fred Hammond, Tamela Mann, David Mann, Mary Mary, Donnie McClurkin, Bishop Paul S. Morton, J. Moss, Smokie Norful, Marvin Sapp, Karen Clark-Sheard, Kierra Sheard, BeBe Winans, Cece Winans, and Marvin Winans.

Kirk is currently host and co-executive producer of the BET original series, "Sunday Best." It is reported that Kirk is working on a new album, due in Spring 2011. 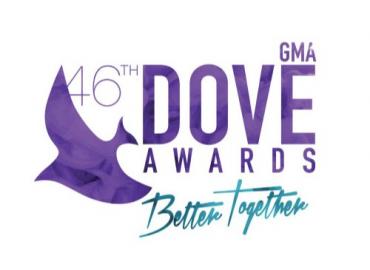 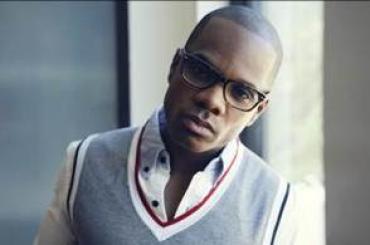 LOS ANGELES, Calif. - Kirk Franklin is a nine-time GRAMMY ® award winner, two-time BET Award winner, recipient of over 39 Stellar Awards and eight NAACP Awards. Last night at the 43rd Annual GMA Dove Awards, the No. 1 selling Gospel artist of all-time added two more accolades to his belt as he took home his 15th and 16th Dove Award for “Contemporary Gospel Album of the Year” for his latest chart-topping album Hello Fear. His No. 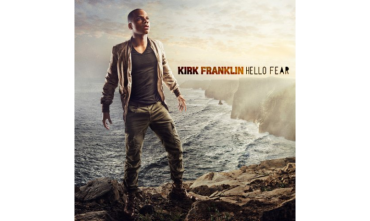