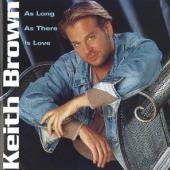 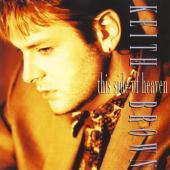 Keith Brown is listed in the credits for the following albums:

Hailing from the greater Cincinnati/northern Kentucky area, Keith Brown's family settled down just outside of the Cincinnati area before he was born. "There are no musical roots in my family," he notes. However, he was exposed to gospel music at an early age. As he grew, Brown expanded his musical influences to include Billy Joel, Elton John, Burt Bacharach, Diane Warren, Jimmy Webb, Dean Pitchford and gospel artist Rich Mullins.
Brown first recognized his desire to write songs after listening to Simon and Garfunkel's, "Bridge Over Troubled Waters" when he was eight years old. At ten, Brown played the piano in church and attempted to compose his first songs. At twelve he had finished his first work and by thirteen he had organized his first band. At fifteen, when most kids are earning driving permits, Brown was producing an independent album for his band.

With a solo producing and songwriting foundation, Brown decided to branch out and become a solo artist. He signed with Starsong/emi to record his first record. He co-produced and wrote his debut album "This Side of Heaven" with former Prince and the Revolution guitarist Dez Dickerson. The album went on to create two number one songs, and three top five hits in the Contemporary Christian world. He has earned many awards including "Best New Artist of 1994" in the CMM Magazine and a nomination for "Best New Artist" at the 1994 Dove Awards. Brown became the first Christian artist to go number one in Europe as a debut performer.

In 1994, Brown signed with Curb Records. At Curb, he has produced one project on himself as well as discovering and producing artist Mary Griffin and American Idol artist RJ Helton. Of late, Keith has produced and wrote a track for Taylor Dayne, and has the second single on Sony/UK artist Candice, which he co-produced with UK Producer Brian Rawlins. He also has been writing with Murlyn Music's super producer Adreas Bagge. In March of 2004, Brown's song &ldqu o;Charmed Life" was featured in a JC Penney commercial that aired during the 2004 Academy Awards. In july 2004, brown co-produced and wrote two songs on Nashille Star runner-up, Canadian George Canyon, for Universal South, to be realeased in September 2004 with a possibility of a second single release on his song "Working on Ten." Finally, Keith is music supervised the independent film "Tattered Angel" starring Lynda Carter, released in the fall 2004 release.

In addition Keith known and respected by artists in the pop, country and Christian arenas. His work can be heard on the MGM film soundtrack "Uptown Girls" starring Britney Murphy. Boaz yakin, director of "Remember the Titans" commissioned keith to write two songs for the film, as well as produce the lead male character, actor Jessie spencer on three songs for the film. Brown has also collaborated with such noted performers as Faith Hill, Leigh Nash of Sixpence None The Richer, Keith Urban, Jamie O Neil and Avalon. In addition, he has written, produced and arranged for Rascal Flatts, Richie Samobora, Desmond Child, Garry Burr, Mark Hudson, Nick Lachey and Rudy Perez. Keith wrote "the hard way", which was featured on Faith Hill's 6x platinum album "Faith." Brown has also crossed international boundaries, collaborating on the first single for French Idol winning artist Houcine (on Universal Records), had a number one song and video in Spain and Portugal in 2003 with Naim Thomas, as well as a song on Glennis Grace in the Netherlands. In the Christian field, Keith penned a song for grammy/dove award winner Avalon's greatest hits, and had the lead singer Janna Long take his song "Greater is He" to number 2 on the Christian AC charts in 2003.

Websites:
Shoutlife: KeithBrown
External links are provided for reference purposes. Christian Music Archive is not responsible for the content of external internet sites.
Created by: Yianni D on 26-July-2010 - Last Edited by admin on 07-January-2016