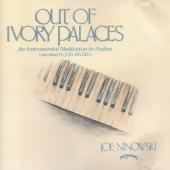 Joe Ninowski is listed in the credits for the following albums: 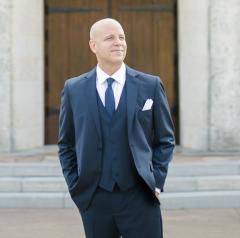 With a passion to bring healing and hope to the world, Joseph Ninowski, Jr. works to impact lives through his music and service. Growing up, both of his parents were filled with a great love for music and ministry, and church was a way of life for the family. Joe’s mom was a gifted singer and Joe Sr. led worship at the church with the hope of one day sharing the Gospel with a global audience. Sadly, his father was killed in a tragic airplane crash when Joe was just 19. It seemed that his father’s lifelong dream of reaching the world through every means possible, including Christian TV, would die with him.

After getting a marketing degree from Oral Roberts University and marrying his college sweetheart, Sheila, Joe and his bride settled in Tulsa, Oklahoma where they started a family. Then, after moving to Dallas in 1990 for a record-producing contract, God opened the door for him to begin leading worship with the youth at Covenant Church where he eventually became the Worship Director.

In 2003, Joe began living out his parents’ vision to reach the world for Christ through television when he became Daystar’s Music Director. In addition to serving at Daystar and at his church, Joe has songwriting, album, commercial and scoring credits ranging from CBS sports themes to clients such as American Airlines, Citgo, and Verizon, as well as various Christian artists. Along with his parents and family, Joe thanks God for the three greatest earthly blessings in his life: his wife, Sheila, and their two children, Brooke and Joseph III.

Websites:
Website: DaystarSingers.com
Facebook
External links are provided for reference purposes. Christian Music Archive is not responsible for the content of external internet sites.
Created by: Yianni D on 26-July-2010 - Last Edited by siremidor on 27-December-2019