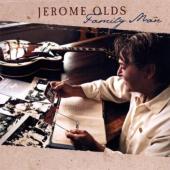 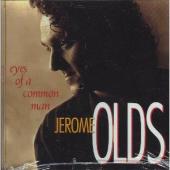 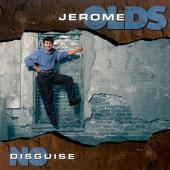 Jerome Olds is listed in the credits for the following albums: 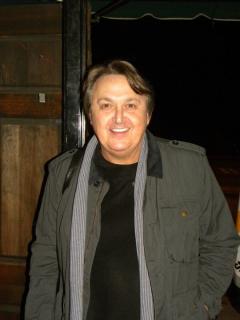 Jerome Olds is an American singer-songwriter who found success in Christian music throughout the 1980s and the 1990s.

Music career
Olds' introduction to the music industry was in the Atlanta club scene during the mid-1970s, where he became a local favorite with audiences. He headlined the "Jerome Olds Band" in the 1980s, a musical outfit that was later renamed, "Tom Grose and the Varsity". Olds also ran an Atlanta recording studio, named "Southern Living At Its Finest", with bassist and producer, Ricky Keller.

Olds wrote "Trains Up in the Sky", "Again and Again" and "Jesus It's You", songs that were written for Mylon LeFevre and Broken Heart; all reached number one in the charts. Olds achieved recording success for himself with "Rejoice", "Is it Right" and "Bethlehem" reaching "Top 5" on radio. Olds wrote "Mighty Spirit" for Larnelle Harris, which was chosen by President George H. W. Bush to be the theme song for the "Points of Light" campaign. It is the longest running public service announcement (PSA) in the history of television.

"Sing Out" and "Mighty Spirit" are two Olds compositions used in Slaves, a ballet written by George Faison (choreographer for The Wiz and other films) and performed by the Alvin Ailey American Dance Theater in New York City, US. Olds also cowrote the theme song for the biographical film, Hot Shot, about the association football player,Pele.

Religious awakening
March 9, 1987, Jerome fell in love with the Christian God and committed his life to Christ. He focused exclusively on Christian music. He was soon signed to Star Song Records and produced his first Christian CD.

From 2001 to 2009, he worked as a music architect at Trinity Chapel, a church in Powder Springs Ga. He was also employed to elevate their music program to the next level. The church grew from 3,500 to 8,700 members while he and his wife Freida served at the Front of House position.

Books
In 2012 he released a memoir, Diary of a Crazy Christian.

Personal life
He married Freida C. Olds, reputed to be one of the best "Front of House" engineers in the south. He was written up in FOH Magazine. He has two daughters-in-laws. Bethany Dick Olds is a blue grass fiddle player, writer and singer with two albums who worked with Sarah Evans and Pam Tillis. Lauren Ezell Olds is a writer and singer. He has one grandson named "Cash".