Jay Truax is listed in the credits for the following albums: 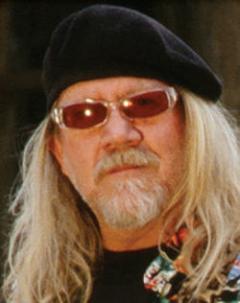 Jay Truax has been a member of:

Jay’s credentials go back to 1962, when he played surf guitar on a ’57 Fender Stratocaster with his first band, The Nomads. They recorded two singles between ’62- ’64. Soon, Jay moved on to a ’63 Fender Jazz bass and has been a dedicated bassist ever since.

In the late ‘60s, Jay compiled an impressive rock ‘n roll résumé playing with bands that figured prominently in the music scene. He formed a band, Spirit of Creation with friend John Mehler, and they opened for major acts such as The Grateful Dead, Led Zeppelin, Credence Clearwater Revival, and Iron Butterfly. Jay became restless and decided to move to Hawaii in hopes of finding “paradise.” Disappointed, he returned realizing that something was lacking in his life. In search of that “something”, Jay found himself living with Chuck Girard, Fred Field and Tommy Coomes. He later co-founded the Christian rock band, Love Song. They recorded three albums and toured the US and the Philippines. Love Song was one of the first bands of the contemporary Christian genre and the chief model for others that followed.

In 1977 Jay, along with John Mehler, Tom Stipe and Richie Furay were privileged to be the Richie Furay Band with the release of “I’ve Got A Reason” on Asylum Records.In the ‘80s, famous artist Rick Griffin invited Jay to get into surf music by playing with Paul Johnson in the Packard’s. In 1983 Jay joined the Surfaris (Wipeout), and still tours with bands like Jan and Dean, the Kingsmen and the Beach Boys.

Paralleling his music career, Jay has worked with a Christian architect, David E. Miller, AIA, designing churches and schools from ’1970 to the present. Jay is single with four grown children, two grand children and currently lives on Balboa Island in Newport Beach, CA.