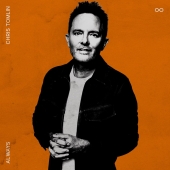 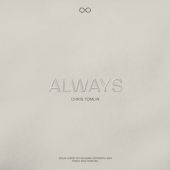 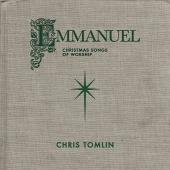 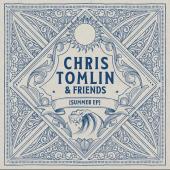 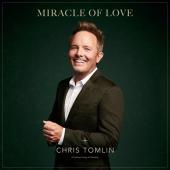 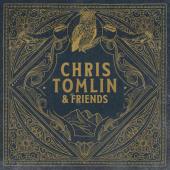 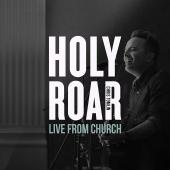 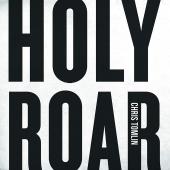 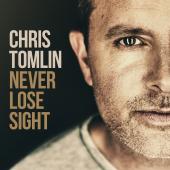 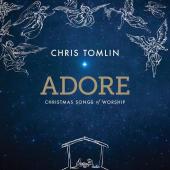 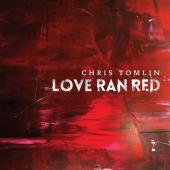 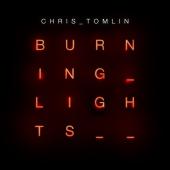 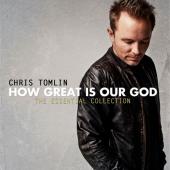 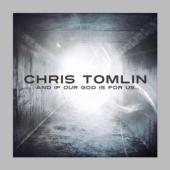 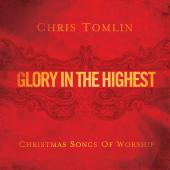 Glory In The Highest: Christmas Songs of Worship
Jan 01, 2009 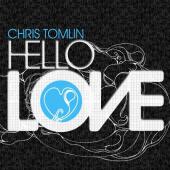 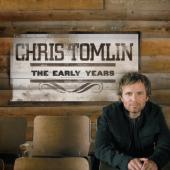 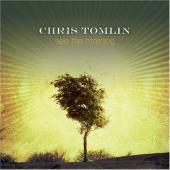 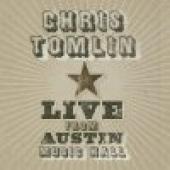 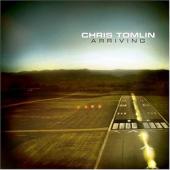 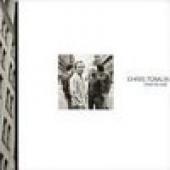 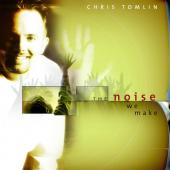 Chris Tomlin is listed in the credits for the following albums: 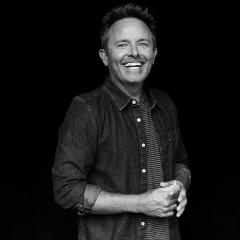 Christopher Dwayne Tomlin is a Dove Award-winning artist, worship leader, and songwriter from Grand Saline, Texas, United States. He is a former staff member at Austin Stone Community Church. Tomlin also leads worship at many Passion events. Some of his most well-known songs are "How Great Is Our God", "Jesus Messiah", "Amazing Grace (My Chains Are Gone)", and the recent song "Our God" which he co-wrote with Matt Redman, Jesse Reeves and Jonas Myrin. He is currently a lead worshipper at Passion City Church in Atlanta, Georgia with Louie Giglio, Matt Redman, and Christy Nockels.

With eleven records, ten No. 1 radio singles, three GRAMMY nominations, two Billboard Music Awards, 18 Dove Awards, a platinum and two gold albums to his credit, Chris Tomlin is among the most well-known and influential artists in contemporary Christian music. Referred to by Time Magazine as “most likely the most often sung artist anywhere,” Tomlin also has 15 of the Top 100 CCLI songs with 4 of them being in the top 10. ASCAP’s 2007 Songwriter of the Year, Tomlin’s “How Great Is Our God” was his first No. 1 on the CCLI Top 25, moving to No. 1 after becoming one of the fasting rising modern day hymns in CCLI chart history. In addition to having sold more than 3.1 million albums and over 3.7 million digital tracks, Tomlin made history as his single “Jesus Messiah” (Hello Love) garnered 97 adds at radio its first week and skyrocketed to No. 1, making it the biggest ever add date in Christian Radio history. In the midst of his record breaking success, and continuing his role as worship leader at Passion City Church in Atlanta, GA, Tomlin continues touring and leading at Passion Conference gatherings across the US and worldwide.

“I was nine-years-old when I started playing,” Tomlin says of his early love affair with the guitar “My dad taught me to play when I got sick over the summer. I got mono and had to stay in, which isn’t good for a nine-year-old kid. My dad said, ‘You’re going to tear the house down unless you learn how to do something to take up your time,’ so I picked up the guitar. I started playing little country songs by Willie Nelson, Alabama or Merle Haggard; that’s some of the stuff I started learning how to play. Along the way, my dad would teach me and it just grew and grew and grew.”

Combining his faith and his budding appreciation for playing music, Tomlin began writing songs. “I started to write my own little songs for church and they were just awful,” Tomlin recalls with a laugh. “I’d get to play them at my church and people were so great, so gracious because they let me play all the time in the service for the youth group. I knew I wasn’t any good, but people were very patient along the way.”

Fueled by the encouragement of his church family, Tomlin’s skills improved. By the time he was attending college at Texas A&M University and planning to become a physical therapist, it soon became apparent God has something else in mind. “I started leading worship at a thing called Breakaway. It’s just massive, probably the largest Bible study in America,” he says. “It’s been so cool to look back at that and see how God was preparing me, taking me step by step by step and placing me the right places at the right times.”

During his senior year, Tomlin began leading worship at Dawson McAllister youth conferences that were drawing 10,000 students or more. “It was a whole new world and I was trying to figure out who I was and what I was doing,” he smiles. “I just had a real heart to continue to lead worship and lead people to worship God. I’ve never felt it was about people coming to see me perform or anything like that, it’s always been about helping people connect with God.”

The next step in Tomlin’s journey was meeting Louie Giglio at Waco’s Baylor University where he and his wife Shelley launched a Bible study called Choice. “I would just drive from college over to hear Louie speak,” he recalls. “Kids were coming from everywhere to be a part of this thing that was happening. It was really an outpouring of God’s spirit and I just wanted to be a part of it. I would go and just soak it in and then drive back to school. Little did I know that a few years later we’d be connected and we’d start doing ministry together, doing a lot of traveling and I’d basically spend the rest of my life doing ministry with Louie.”

Since connecting with Giglio, Tomlin has become one of the key leaders in the Passion movement and the flagship artist on sixstepsrecords. He leads worship at Altanta’s Passion City Church as well as touring and leading worship all over the world.

According to TIME magazine over 40 million people sing the songs of Chris Tomlin each week. It’s a statistic that baffles the humble artist. “I definitely don’t have the greatest talent in any part of the music world,” he says, “but I somehow really sense this special anointing on these songs and the giftings I get for this moment for the church. I’m taking great responsibility. I’m not just writing these songs to write a hit song. I really want to write a song to help people worship God and to give people a voice to express their hearts to God. That’s what these songs are about and at the very core of where I am in my heart.”

Even at a young age, Chris Tomlin felt a stirring as God called him to serve through music. “I just kept sensing that God had given me a gift for this,” he says. “I remember I got on my knees under a tree at a summer camp as an 8th grader and I said ‘God whatever you want for the rest of my life, I want to serve you and follow you and I want to live for you.’ I didn’t know if I’d be a songwriter. I didn’t know if I’d be a musician, but when I started playing the music and seeing people respond the way they did I just really felt that this was really what God wanted me to do. It was just so encouraging to see people respond to the music. It was as if they forgot that there was even someone on stage. People were really connecting. That was my heart. I kept seeing that over and over and that continues even to this day. This is really happening. We’re really connecting people to God with music and that’s what is so exciting to me. That’s so beautiful to me. It’s so encouraging every time.” 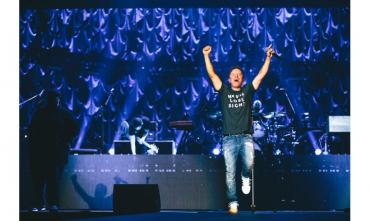 Chris Tomlin makes history and sells out major markets on 2017 Worship Night In America Tour
May 26, 2017

Nashville, Tenn.: GRAMMY® winner Chris Tomlin brought the church together in unity and prayer throughout this spring with his Worship Night In America tour. 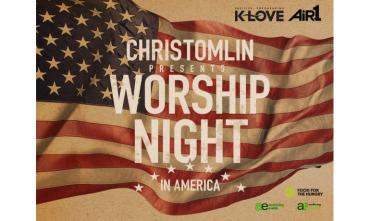 Nashville, Tenn.: GRAMMY® winner Chris Tomlin continues to bring the church together in unity and prayer with his Worship Night In America tour, kicking off April 4, 2017. 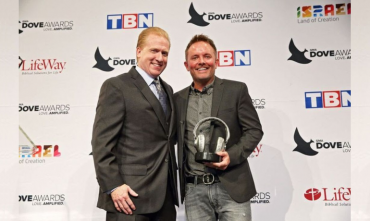 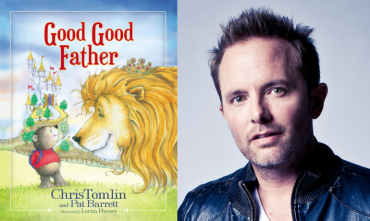 Nashville, Tenn: GRAMMY® Award winning artist Chris Tomlin has made his debut as an author with the release of children's book Good Good Father, available now. 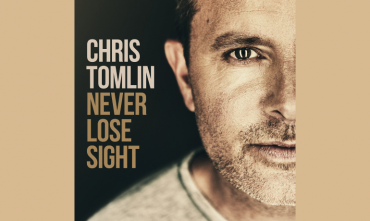