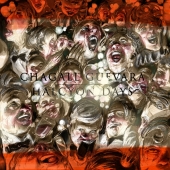 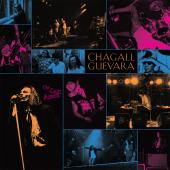 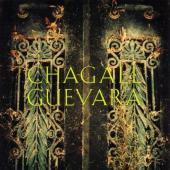 The band was named after Communist revolutionary Che Guevara and painter Marc Chagall to imply the meaning "revolutionary art." All of the band members had histories within the Christian music industry, but the band was an effort to depart from the CCM industry. Despite this, the band still performed at the exclusively Christian music festivals Greenbelt and Cornerstone, and had their music (albeit against their wishes) distributed through Christian bookstores. The group formed in 1989 and broke up in early 1993.

The band first appeared on the soundtrack to the motion picture Pump Up the Volume with a song called '"Tale O' The Twister." The band's only album, the self titled Chagall Guevara, was released on MCA Records in 1991. The band's only music video, for the song "Violent Blue," received a few plays on MTV.

Several CD and LP singles were released off the album, including a UK release of "Violent Blue" with an unreleased B-side track titled "Still Know Your Number By Heart." Several songs from the band's 1991 performance at the Greenbelt Festival in England appeared on the official video "Four Days in Summer."

Work on a second album began, but the group broke up while attempting to be released from their contract with MCA Records. Several tracks for the second album were recorded, including "Halcyon Days" and "A Bullet's Worth A Thousand Words." These songs, along with a November 15, 1991 concert recording, remain unreleased.

Chagall Guevara reunited twice. In 1994, a track titled "Treasure of the Broken Land" appeared on the Mark Heard tribute album Strong Hand of Love and the Orphans of God double-CD, which were sold mainly through Christian bookstores and similar outlets. The band reunited again in Nashville at a private industry party in October, 2005. There were no future plans for the group, however.

The band announced a Kickstarter Campaign to release a live album and a studio album of new and unreleased tracks.

Websites:
Facebook: @ChagallGuevara
External links are provided for reference purposes. Christian Music Archive is not responsible for the content of external internet sites.
Created by: siremidor on 26-July-2010 - Last Edited by siremidor on 06-August-2020