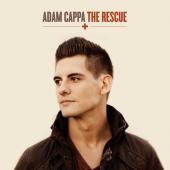 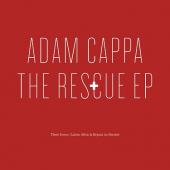 Adam Cappa is listed in the credits for the following albums: 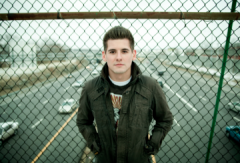 A vocalist, guitarist, performer, young songwriter and communicator through and through, Adam Cappa - a 25-year-old young man who has just finished his third album along with mentor and labelmate Jeremy Camp - is ready to share his story. It all started when Adam, reared Catholic with no knowledge of Christian music, got involved with Young Life after accepting Christ as a sophomore in high school. Fast-forward a few years and two independent records, Cappa has now teamed up with BEC Recordings to release his label debut The Rescue on March 13.

AS SEEN ON THE JEREMY CAMP “WE CRY OUT” TOUR

Seattle, Wa –March 07, 2012—BEC Recordings’ is thrilled to announce the release of the LP, The Rescue, from freshman artist Adam Cappa. Cappa will release this full-length label debut on March 13th following the release of his EP in 2011. This budding artist can be seen touring with his label-mate, mentor and co-producer Jeremy Camp on the “We Cry Out” tour currently on the road.

“Recording The Rescue was the most amazing experience of my life,” shares Cappa about recording with Jeremy Camp. “Being able to just hang out talking about life and what the Lord was teaching us, and then to translate that all into words and melodies was an unbelievable experience. There was this unity in excitement and joy that surrounded us in knowing that this is God at work through us.”

The Rescue is his label debut, but his third career album. Cappa enlisted producer Andy Dodd as well as the aforementioned Camp, who has been involved in Cappa’s career from the beginning. A vocalist, guitarist, performer, young songwriter and communicator through and through, Adam Cappa is ready to share his heart. It all started when Adam got involved with Young Life after accepting Christ as a sophomore in high school. Fast-forward a few years and two independent records later, Cappa is focused on his passion for ministry.

The media have already climbed on the bandwagon for Adam Cappa with the release of the EP in the fall. In addition, Cappa has been the roving tour correspondent for HearItFirst.com as he did interviews in the fall with the David Crowder Band, Gunger, Switchfoot, Kutless, Jamie Grace, Newsong, and many more.

“Adam is a genuinely great guy, and this is an equally great album. It is a collection of exciting and encouraging pop-rock tracks, and his sincere and authentic voice makes it easy to get behind the message of these songs.”
- HearItFirst on the full-length debut

“There’s a tenderness and authenticity that accompanies Adam Cappa’s label debut that prevents the adult contemporary pop sound from becoming too familiar.”
- CCM Magazine on the full-length debut

Cappa has been visiting radio stations across the nation the past few months performing his single and title track, which is currently at No. 22 on CHR and charting on the National Audience chart 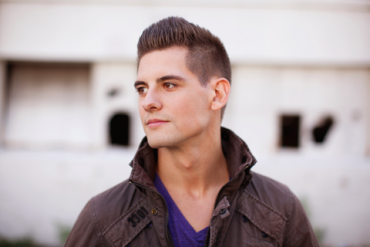 SEATTLE, WA – BEC Recordings’ male vocalist Adam Cappa has recently released his newest single to radio, “Washed Over Me.” This week, Cappa is debuting his music video for the worshipful song at GodTube. The music video received more than 12k views after it premiered yesterday. Click here to watch the music video.

Seattle, Wa –BEC Recordings’ artist Jeremy Camp will be begin his second leg of his headlining tour “We Cry Out” starting this weekend in Illinois and concluding in May in Michigan. This tour follows the highly successful 29-city run last fall and will again feature reigning GMA Artist of the Year Francesca Battistelli as well as special guest Adam Cappa.