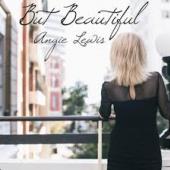 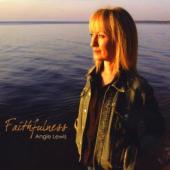 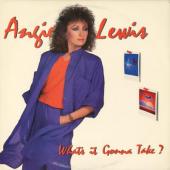 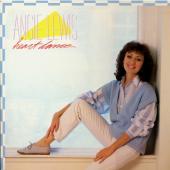 Angie Lewis is listed in the credits for the following albums: 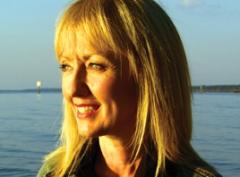 Angie Lewis has always dreamed big, bold dreams. Putting feet to those dreams has taken her from being a recording artist with a major label, songwriter, sought after speaker, Licensed Professional Counselor, National Certified Counselor and Life Coach to her present dream of blending her love of both music and helping others.

Since her childhood, Angie loved to sing. Telling her not to sing was like telling her not to breathe. At an early age she knew she wanted to pursue a career in music. However, it wasn’t until the age of 16 that Angie’s musical ambitions took a new meaning. She seriously began to study voice and eventually enrolled at the University of South Alabama as a vocal performance major. It was an education that included both classical and contemporary training graduating with a Bachelor of Music in Vocal Performance. Twenty-four hours after graduation, Angie was off to Nashville to put feet to her dreams.

Angie knew she was going to have to think outside the box if she wanted to get noticed in Music City. “By the grace of God I got in to see the right people. I was also very persistent. I’m not sure, but I think people were thinking that I would go away if they would just see me” adds Angie.

Once inside, Angie, without a demo, surprised music executives with her nontraditional LIVE vocal performance. “I think they were in shock that someone was actually standing in front of their desk singing full voice” said Angie.

It wasn’t long before Nashville music business insiders took notice of the petite and energetic girl from the gulf coast. Soon, Angie had recorded albums for The Benson Company/Power Discs label resulting in several top ten hits on the contemporary Christian music charts. In addition, she was voted among the top three favorite female artists by fans across America in a Contemporary Christian Music Magazine reader’s poll.

After the release of her song, "Silent Weeper," a top ten hit on the contemporary Christian music charts, Angie’s heart continued to dream for something new, something more. She began to reevaluate her dreams. Out of one man’s conversation with Angie about a post war orphanage, came the song, "Silent Weeper." Out of the song came an abundance of stories about people enduring hurt and heartache. The constant reminder of suffering led Angie to graduate school where she earned a Masters degree in counseling. Since 1992, Angie has been in private practice as a Licensed Professional Counselor, National Certified Counselor (specializing in Eating Disorders) and Life Coach.

Recently, restlessness filled Angie once again. Although Angie tried to ignore the voice from within, it would not let go.

“I couldn’t figure it out”, said Angie. “What was it?” I would ask. Slowly but surely it came to me. “My heart was not through dreaming”.

As Angie began to listen to her inner voice again, the steps she needed to take became very clear. She felt it was time to combine her love for singing with her passion for helping others in a big way. The result is a newly released CD, Faithfulness, -a collection of hymns based on Angie’s belief in living life from the security of God’s love and faithfulness – and the powerful presentation, IT STARTS WITH a DREAM, developed for children and adults. Through words and original music, Angie teaches and encourages children to listen to what their heart is saying and how to put feet to their dreams. For adults, she teaches and encourages them to remember what their heart once told them and the importance of pursuing your God given dream.

“Our heart contains all that we are. When we ignore it we are denying ourselves the ability to exist to the fullest”, said Angie. “That’s not to say life can’t be or isn’t good. But it certainly isn’t the best if you are not true to who God made you to be. A dream doesn’t go away. It takes us to that place within and introduces us to ourselves. Knowing and living your dream is one of the most responsible things you can do. When we don’t I believe there is always a part of us that knows something is missing and it causes a degree of sadness. My hope is that if others see me living my dream, it will encourage them to put feet to their dreams too”.