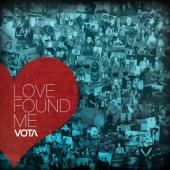 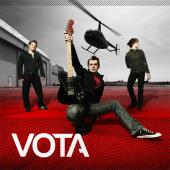 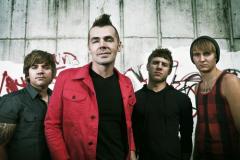 VOTA (formerly known as Casting Pearls) is a Christian rock band from Lincoln, Nebraska, featuring Bryan Olesen, a former guitarist with Christian rock band Newsboys. Several of the band's songs have been featured on rotation with national radio networks such as K-Love, and are part of the international 180 Tour. Their song "Hard to Believe" was listed at No. 17 on R&R magazine's May 2, 2009, weekly chart for the United States.

Casting Pearls was formed by Bryan Olesen and bass guitarist Case Maranville in 1997 when they joined drummer Shane Coop. After a few line-up changes, the band solidified in 2003 to include Olesen, Maranville and drummer Scott Rutz. In July 2003, the band met Peter Furler of Newsboys which lead to Olesen's tenure as lead guitarist for Newsboys from 2003 to early 2006 and the self-titled release on Furler's Inpop Records of Casting Pearls in 2005.

In 2008, the band changed its name to VOTA due to confusion with similarly named Christian artist Casting Crowns. Originally, the name VOTA was a typo in an email from VOTA's then-current management team, Chaffee Management, as the band, management and label were brainstorming new names. The name VOTA was ultimately chosen by the band as being without a specific meaning and having a bit of mystery to it, allowing their fans to individually interpret the meaning. In summer 2008, while performing at an Oklahoma summer camp, the band discovered the name does have a spiritual meaning. Vota is a Latin root word that stands for a collection of vows before God.

2009 saw the departure of band members Riley Friesen, who left to start a recording studio, Coda Record House, and original Casting Pearls member Scott Rutz, who left the band to pursue an advertising and marketing career. Jeff Goff and Cody Bender joined VOTA shortly before the 2009 LifeLight Festival in Sioux Falls, South Dakota. Near the end of VOTA's 2010 tour with Barlow Girl guitarist Cody Bender left the band to focus on his personal life.

On September 27, 2010, the band's official website and Facebook page announced that VOTA once again was getting a new line-up. Case Maranville and Jeff Goff left and were replaced by John Wooten (drums), Justin Wantz (guitar and keyboard) and Stefan Carlson (bass guitar). With Case leaving, Olesen is the only remaining original Casting Pearls member. 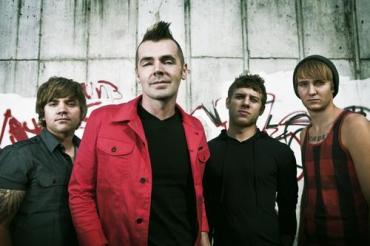 NASHVILLE, Tenn.—Acclaimed Christian pop/rock band VOTA is significantly closer to helping curb human trafficking from Nepal into India through the funding of five border monitoring stations with their “Love Found Me” campaign. Initiated by the band in early 2013, in partnership with Tiny Hands International and Taylor University, the “Love Found Me” campaign has surpassed its initial goal of raising $150,000 to fund five monitoring stations on the border of Nepal and India for five years.