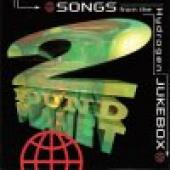 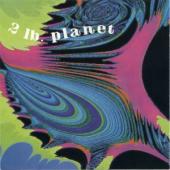 Two Pound Planet is listed in the credits for the following albums: 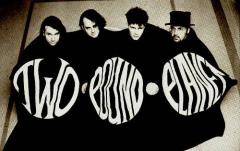 Two Pound Planet was a power pop group from Winston Salem, NC. Jason Buss (Keyboards, Vocals), Jerry Chapman (Bass, Vocals), Jerry Finley (Drums, Vocals) and Tom Shaw (Guitar, Vocals) joined together in 1986, recording their first effort as Urban Edge, “Bottom of the Stairs,” in December of that year. Subsequent gigging in North Carolina, South Carolina, Virginia, and Georgia secured them the attention of producer, Mitch Easter (Let’s Active, R.E.M.). Upon hearing their demos, Easter recorded the band in 1988 and 1990 for the group’s second release, “Songs From the Hydrogen Jukebox.”

"Jukebox" sold well to widespread critical acclaim and college radio play. CMJ magazine featured the group in its Jackpot! Futures section and called the songs, "examples of spry, well-crafted popbeat with a devilish sense of maturity and sharpness that's as rare a find as an unpeeled butcher cover of (The Beatles) "Yesterday and Today."

In the summer of 1992, Two Pound Planet entered a downtown Winston Salem studio with John Pfiffner to record an EP follow-up to "Jukebox." The resulting, "Whispering Delicious" was sonically weaker than its predecessor, but had a harder edge to it with more guitar based songs. Highlights include, "Big Bang,"- an ingenious melding of funk and power pop, "Sinister Sun,"- an ingenious melding of grunge and power pop, and "Daylight" which demonstrated the band's trademark vocal breadth.

The band signed to Alternative Records at the beginning of 1993, but signs of the end of the line were evident. Although Alternative's repackaging and re-release of "Songs From the Hydrogen Jukebox" gave the band an international audience for the first time, growing internal tension and restlessness threatened to break up the act.

1991/1992 saw a sea change shift in musical taste among the masses. Whereas Two Pound Planet fit in well with groups like Redd Kross, The Posies and Jellyfish in 1990, they stood in stark contrast to the harsh thunder of emerging acts like Soundgarden, the organic throwback that was Pearl Jam, or the sheer tidal wave that Nirvana wrought.

The Monster Van the band toured in rode its last in the fall of 1993 in Florence, SC. It was decided by the group on the way to the show that this would be their last. The following spring, Two Pound Planet was commissioned to record new material for a compilation that Florida-based Phist Records was releasing. The band rerecorded Jason Buss' "Big Bang" and two rockers that Shaw had penned, "Acid On, " and "Mindblower" at Mitch Easter's new studio (Fidelitorium), which was then named Brickhenge. For one last time, the band put down their differences and put one of their best performances to tape.

While Two Pound Planet had its moments, both good and bad, at their peak, they put the music first and commercialism last. While a noble tenet, it most likely was their undoing. Still, they stand as a small testament to the the wonderfully innovative and creative music scene that was, is, and will forever be found in Winston-Salem, North Carolina.

Websites:
Facebook: TwoPoundPlanet
External links are provided for reference purposes. Christian Music Archive is not responsible for the content of external internet sites.
Created by: Yianni D on 26-July-2010 - Last Edited by admin on 07-January-2016