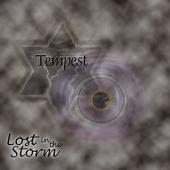 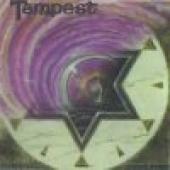 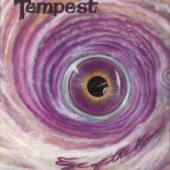 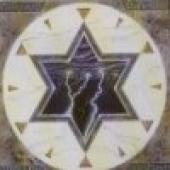 Tempest is listed in the credits for the following albums: 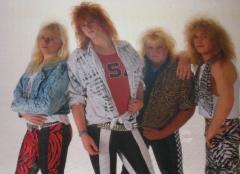 Tempest was a Christian metal band founded in 1985 in Evansville, IN. The band recorded two albums on the Pure Metal Records label.

Guitarist Mick Rowe was originally a one-man-band called Travail (e.g. Dashboard Confessional or Five for Fighting), but upon realizing that his name choice not only referred to good old fashioned hard work but also to parturition, he changed the band-name to Tempest, and that must have been a good omen because the new moniker effected growth in the band's lineup, dispossessing it of its single-handedness and adding namely his brother Jamie "J.R." Rowe as lead vocalist and co-songwriter. Steve DeAcutis also joined on bass guitar and Duane Monk on drums.

In 1987 Tempest signed a recording contract with Pure Metal Records for three albums; however, band members would later learn that Pure Metal actually thought they were signing another Ohio band with the same name. Nevertheless, the contract was signed, and the record label followed through on their agreement. So did Tempest, producing the nine-song album, A Coming Storm in 1987. This debut recording features Jamie's melodic voice with occasional falsetto screams; lyrics with a straight-forward evangelical candor; and Mick's ability to write catchy hooks and perform both crunchy rhythm guitar and fiery solos. Unfortunately, the album's production is muddy, burying much of the guitar and rhythm section in the mix.

Tempest recorded their second and last album on Pure Metal in 1988, The Eye of the Storm. On this album, Jamie's former unequivocal lyrics were traded in for those with an ambiguous "you" supplanting references to God in such songs as "True Love (Never Fade Away)" and "Lost Without Your Love." This ambiguity was not an uncommon strategy of the time among Christian bands with crossover appeal like Stryper. Eye of the Storm also brought about personnel changes with Darren Lee taking over bass and Bobby Andrews, drums. The album is dedicated to the Rowe's father, who died the year before its release.

Tempest disbanded in 1990. The album Limited Edition was privately re-issued in 1997 and combined Tempest's two albums, making it the first time A Coming Storm was available on disc. In 2003, Mick Rowe sold, via his website, a homemade DVD of Tempest's final concert in 1989.