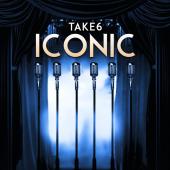 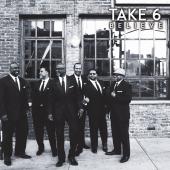 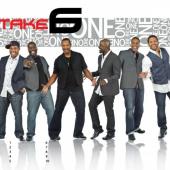 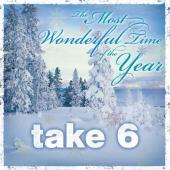 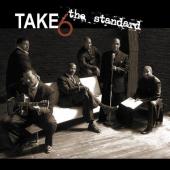 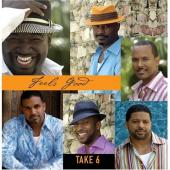 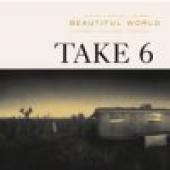 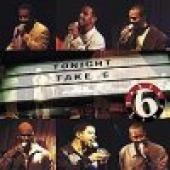 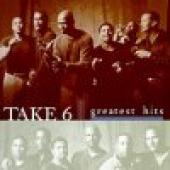 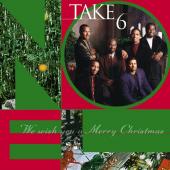 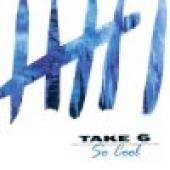 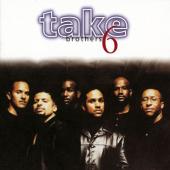 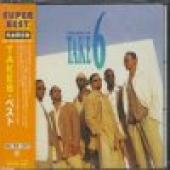 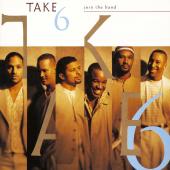 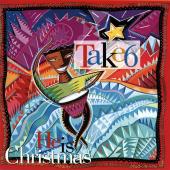 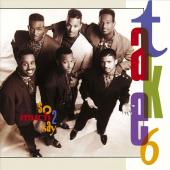 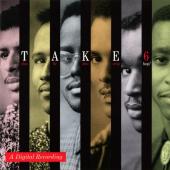 Take 6 is listed in the credits for the following albums: 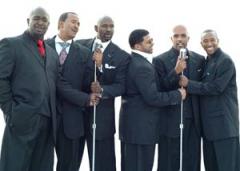 Oakwood College years
In 1980, Claude McKnight (older brother of R&B musician Brian McKnight) formed an a cappella quartet, The Gentlemen's Estates Quartet, at Oakwood College (now Oakwood University), a Seventh-day Adventist university in Huntsville, Alabama, where he was a freshman. He auditioned fellow students for the hobby group. The Gentlemen were rehearsing in a campus bathroom (later said to be in Moran Hall), getting ready for a performance, when Mark Kibble heard them singing. He joined the harmonizing, adding a fifth part, and ended up singing with them onstage that very night. Mark later invited Mervyn Warren to join the group. The group performed under the moniker Alliance.

The group performed in local churches and on campus over the next years, with members changing due to college's inevitable comings and goings. In 1985, the lower half of the group (bass, baritone, and second tenor) left upon graduating. At that time, Alvin Chea, Cedric Dent, and David Thomas joined.

Recording group
The group was signed to Warner Brothers in 1987, and quickly changed its name to Take 6 after a name search revealed Alliance was in use. Their eponymous debut album, released in 1988, won them two Grammy Awards and resulted in top ten appearances on both the Billboard Contemporary Jazz and Contemporary Christian Charts. Take 6's swinging, harmony-rich gospel sound attracted a flurry of attention; the group went on to record or appear with a number of luminaries, including Quincy Jones, Ella Fitzgerald, and Stevie Wonder, to name a few. They recorded for the sound tracks of Dick Tracy, Spike Lee's Do the Right Thing, Boys in the Hood, and the theme song to the TV series Martin. They earned performances on Saturday Night Live, the Oscars, and the Grammys, and have had the honor of performing for four U.S sitting Presidents, including the Democratic National Convention.

In 1991, after the release of their second album, So Much 2 Say, Mervyn Warren left the group to pursue a career as a producer. Joey Kibble, Mark's younger brother, was invited to round out the vocal lineup. The group added instrumentation to their purely a cappella sound beginning with the record, He Is Christmas. Join The Band and Brothers continued their Grammy streak. Take 6's 1998 release, So Cool, brought the group back to its a cappella origins.

In 2006 the group launched Take 6 Records; Feels Good the first album on their new label, was released the same year. In 2008, Take 6 released The Standard, which was a first time voyage for the group into a more traditional Jazz repertoire. The Standard, a critically hailed success, garnered three more Grammy nominations providing them the distinct honor of being the most Grammy nominated vocal group in history. 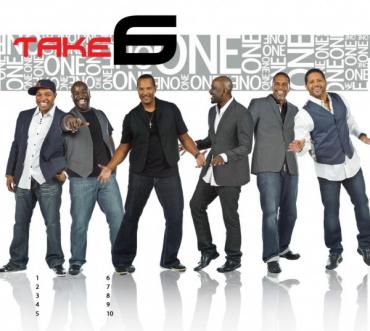 Huntsville, AL — With the popularity of televised vocal competitions like the explosive a cappella show The Sing Off and the mania over singing driven comedy dramas like Glee, Take 6 is the original torchbearer for the first instrument. The ten-time Grammy and ten-time Dove winners, Take 6, (Claude McKnight, Mark Kibble, Joel Kibble, Dave Thomas, Alvin Chea and Khristian Dentley) celebrate their 25th Anniversary this year and have a lot to be grateful for.