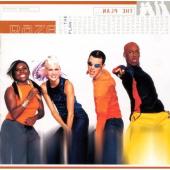 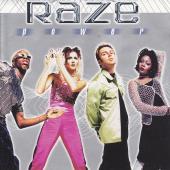 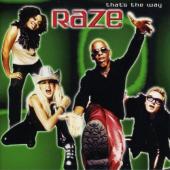 Raze is listed in the credits for the following albums: 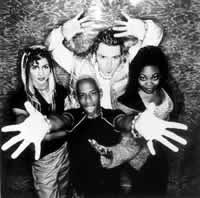 1997-1998: Inception and Raze
Raze was formed in 1997. During that year, they obtained a record deal with Movation Productions in the United Kingdom. "I Need Your Love" was released as a radio single in the United States and "Shine" played on Cross Rhythms radio stations in the UK. The group released their first, self-titled studio album on August 1, 1997. Raze signed to Forefront Records in January 1998.

1999: That's The Way EP, Davis temporarily leaves group and Power
The group released "That's The Way" as a radio single in the United States on January 11, 1999. This track was also featured on an EP of the same name following a record deal with Forefront Records, making it their first disc to be released in the USA. Shortly thereafter, their second single "Always & Forever" entered the Christian CHR charts on March 22, 1999 at the No. 20 position. It peaked at No. 1 on May 24, 1999. In June 1999, Ja'Marc Davis temporarily left Raze after privately discussing with the rest of the group about a situation not yet known to the public. During the following month on July 13, 1999, Raze released Power as their first studio album in the United States. It featured three tracks from the group's debut studio album with some minor changes. For example, "Listen" was renamed to "Can You Hear Me Now" for this release, and "Shouldn't It Be Me" has different background music.

2000: Davis returns and The Plan
After a year of counseling, Ja'Marc Davis returned to Raze. J.D. Webb left the group and was replaced by Hanebrink

2001: "More Than a Dream", scandal and disbanding
Raze scored their second No. 1 and last radio single, "More Than a Dream", on January 22, 2001. The group began a tour on March 1, 2001 to promote The Plan. On that same day, Ja'Marc Davis was arrested and charged for eleven counts related with child sexual abuse. Although the group initially planned to continue the tour despite this, they canceled it a week later and only made a few rescheduled stops without Davis. Shortly thereafter, Raze slowly disappeared from the Christian music scene. Later on November 1, 2001, Davis pleaded guilty to the charges. Raze officially disbanded on November 12, 2001.

Aftermath
Lewis toured with the rock opera "!Hero" and released a solo album called My Story in 2006. She also sang backup vocals in the KJ-52 song "I Can Call on You" for his 2005 album Behind the Musik (A Boy Named Jonah).

Logan toured briefly with Festival Con Dios and released an EP entitled The Intro (produced by Plus One's Nathan Walters) on Inpop Records in 2003. Logan is currently residing in Nashville working on a full length record, Fairytale Disco.

In 2003, Webb produced, sang, and wrote songs for the album Oasis Praise: Bring It On. Webb's music has been featured on numerous television shows and he is a resident songwriter and vocalist for Days of our Lives. His 2008 Christmas Single "Everything I Need This Christmas" was well received by radio, and his debut solo CD The Introduction was released in 2009.

Hanebrink, who replaced Webb for Raze's second album The Plan, is a model, choreographer, and actor, including a stint on Broadway in the musical Wicked.