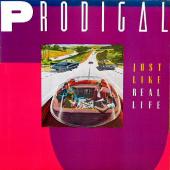 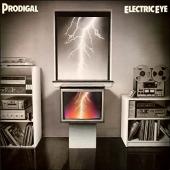 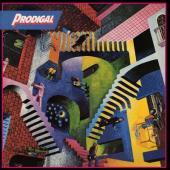 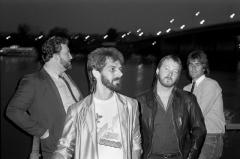 Prodigal was a progressive, influential Contemporary Christian music group from Cincinnati, Ohio which released three albums in the early 1980s. Although classified primarily as a rock band, the group's sound ranged from radio-friendly pop to keyboard-driven New Wave to pop country. The group members were keyboardist Loyd Boldman, drummer Dave Workman, guitarist Rick Fields and bassist Mike Wilson. Prodigal was noted for having three lead singers, as Boldman, Workman and Fields would trade off lead vocalist duties depending on the track. Boldman generally handled the rock-oriented tracks, while Workman and Fields split the more pop- and New Wave-focused material.

Prodigal had success on Christian radio with the songs "Invisible Man" (from Prodigal), the No. 1 single "Scene of the Crime," "Emerald City" (from Electric Eye) and "Jump Cut" (from Just Like Real Life.) The band also created a number of promotional music videos for Electric Eye and Just Like Real Life which were featured on Trinity Broadcasting Network's music video show Real Videos.

The Encyclopedia of Contemporary Christian Music says, "Prodigal was in tune with the sounds and spirit of the early ‘80s...while writing songs that expanded the boundaries of the worship and evangelism fare that typified contemporary Christian music at the time." Prodigal’s self-titled debut album was named Album of the Year in 1982 by Group magazine (along with Amy Grant’s Age to Age and Petra’s More Power to Ya). The music video for the song "Fast Forward" was named Video of the Year by the National Federation of Local Cable Programmers (now the Alliance for Community Media).

Electric Eye, the group’s second album, received Best of the Year honors in 1984 by both Contemporary Christian Music magazine (CCM) and Campus Life magazine. The album also received national attention for a unique promotional idea: a computer program for a Commodore 64 was mastered into a “stop-groove” at the end of the vinyl record, the first time this had ever been done. Anyone who downloaded the program via a cassette drive into their computer would find graphics, lyrics and a message from the band. The video for the song, "Boxes" (written by Workman and directed by Boldman), won the very first Gospel Music Association (GMA) Dove Award for music videos ("Best Visual Song").

The Christian Music Archive said of the band's third album, Just Like Real Life, "This is an excellent album by one of the early New Wave/Rock hybrid bands of the early to mid-eighties, using equal parts keyboards and rock guitar. Sadly the band didn't get the recognition they so richly deserved, as this was a cut above most Christian albums of the time with instantly memorable songs and lyrics so intelligently written as to be in a class of their own. If they had been a secular band, they would have been early MTV stars. An essential album."

All three of the band's albums are out of print, and have never been released on CD, either originally or as re-issues.

After Prodigal disbanded, Lloyd Boldman released a solo album Sleep Without Dreams on the independent label Outbound Records in 1988. Boldman created three music videos for the album, including one for the title track which won Best Video from the Florida Motion Picture and Television Association (FMPTA). He later co-founded Devotion Media, a creative media firm in Winter Park, Florida. Boldman has been part of the worship team at Northland Church in Longwood, Florida, since 1989.

Dave Workman is current pastor of Vineyard Community Church in Cincinnati, whileRick  Fields has been serving in the worship band at Crossroads Cincinnati since 2001, and as a member of both The Perkolaters and David Wolfenberger's band.