Paul Lancaster is listed in the credits for the following albums: 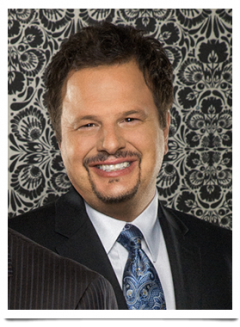 Paul Lancaster has been a member of:

Paul Lancaster was born in Gadsden, Alabama and lived there until he was 24. He sang his first solo, “The King Is Coming,” in church at the age of 5. From that point, Paul was invited to sing at different churches and events around his hometown. He continued doing just that until, at the age of 14, he was invited to audition for and join a local family gospel group there in Gadsden. Paul continued singing with them and a couple of other local/regional groups throughout all of his high school years.

At the age of 19, Paul started traveling with a singing evangelistic family known as The Mullins. In fact, it was under their ministry that he accepted Jesus Christ as his Lord and Savior. Within the first two weeks of joining them, he realized that he did not have a relationship with the God that he had been singing about all of his life. One night, after a revival meeting at a church just outside of Tyler, Texas, Paul knelt down in their bus and asked Jesus to come and live in his heart. From this point on, his biggest desire has been to connect the message of Christ through his life as well as his music. Paul also met the girl he would marry, Michelle Miller, during his 12-year tenure with The Mullins. She was traveling with The Nelons, at the time, as Amber’s nanny. Karen Peck introduced them to each other and the rest is history!

Through the years since, Paul has also been a member of The Nelons and has filled in for groups like The Martins, Karen Peck and New River, Three Bridges, and yes… even The Booth Brothers. Paul is very excited to be singing with Ronnie and Michael and he calls this opportunity “a blessing of grace from God.” He states, “I couldn’t imagine two better men to sing beside, a better atmosphere in which to work and travel, or better music to sing than gospel music. I feel as if I’m entering into some of the best years of my life.”