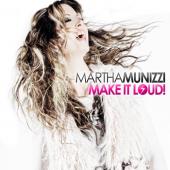 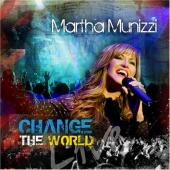 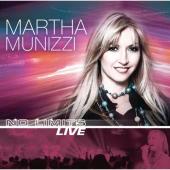 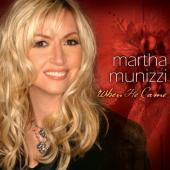 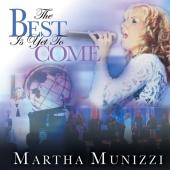 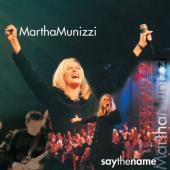 Martha Munizzi is listed in the credits for the following albums: 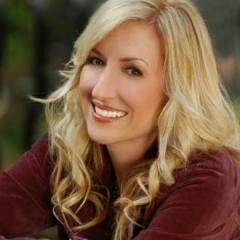 Early years
A native of central Florida, Martha Munizzi was born into a Christian musical family. The daughter of evangelists, Martha and her twin sister Mary Alessi were born in Lakeland, Florida and grew up traveling and ministering through music with her family. She began performing at age 8, touring the country with her family in concerts and crusades around the United States and Canada.

Martha, Mary, and their older sister Marvelyne were born with their parents' talent for music and became a part of the traveling family group as kids. The family settled in Orlando, Florida when Mary and Martha were 12, so that the children could attend formal, public school.

At age 16, Mary, Martha and Marveline (age 18) helped form a praise and worship band at the urging of a church friend. That group evolved into Testament and became popular enough to travel around the state of Florida performing in churches and at conferences and other events.

One year after completing high school (1986), Martha married Dan Munizzi, who was a keyboard and bass player in the band Testament. In 1993 she and Dan became the music directors and founding members of a new, fledgling church in Orlando, Florida initially leading a congregation of 250 and a choir of about 30 people that eventually grew in 8 years into a 5000 member congregation and a 200 member music team. They remained there until 2001.

She led worship at Lakewood Church while Cindy Cruse-Ratcliff was on maternity leave.

Musical career
Along with figures like Ron Kenoly, CeCe Winans, and Israel Houghton, Munizzi is pioneering cross-cultural worship music that not only connects with both black and white Christian congregations but also reaches the masses.

Munizzi's songs are self-published under the name Say The Name Publishing/Martha Munizzi Music. She released her first Praise & Worship/Gospel album, Say the Name (2002), followed by The Best Is Yet to Come (2003) and When He Came (2004), both of which debuted high on Billboard's Gospel chart. The Best Is Yet to Come peaked at #2 on the Billboard Music Top Gospel Album charts in 2004 and remained on the charts for more than a year.

In 2005 she signed a distribution deal with Integrity Media, Inc. Under this agreement her previously released albums The Best Is Yet To Come and Say The Name and all future releases were to be distributed to Christian retail outlets through Provident-Integrity Distribution and to general market outlets on the Epic Records (a division of Sony-BMG Distribution).

In 2006 Munizzi released her next CD entitled No Limits Live. This CD debuted on Billboard's Top Gospel Charts at #1 and remained at the top of the charts for 6 weeks.

Munizzi has ministered with several popular Christian ministries including; Joel Osteen, Creflo Dollar, Joyce Meyer, Benny Hinn, CeCe Winans, and Bishop T.D. Jakes. She has also appeared on Trinity Broadcasting Network's (TBN's) Praise The Lord, on the Daystar Television Network, on Life Today with James Robison, and on Black Entertainment Television's BET Celebration Of Gospel. Additionally she performed as a part of the 3rd annual "Sisters In The Spirit" tour with Yolanda Adams, Kelly Price, Juanita Bynum, Rizen and Sheila E in 2005. She was also a featured performer with Kirk Franklin at the "Imagine Me" all-star celebrity benefit concert on January 11, 2007 at the Opryland Hotel in Nashville, Tennessee. The concert was a benefit for the Children's Defense Fund.

Websites:
Website: MarthaMunizzi.com
Facebook: marthamunizzifanpage
Twitter: MarthaMunizzi
External links are provided for reference purposes. Christian Music Archive is not responsible for the content of external internet sites.
Created by: siremidor on 06-May-2011 - Last Edited by admin on 07-January-2016