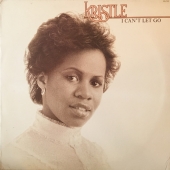 Kristle Murden is listed in the credits for the following albums: 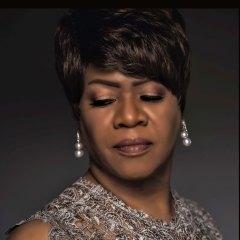 Kristle Murden, also known as Kristle Edwards, is an American singer-songwriter, musician, music producer, author, and ordained minister. Murden is the soloist on the song "Can You Feel the Love Tonight" from The Lion King. She made her professional debut in 1979, singing the duet "I'll Be Thinking of You" with Andraé Crouch. She signed as a solo artist with Light Records, also in 1979. She was nominated for two Grammy awards: her solo album I Can't Let Go was nominated in 1980, and in 1984, she was nominated for her solo vocal performance for "Jesus Come Lay Your Head on Me" from Andraé Crouch's No Time to Lose album. In addition, in 1981, she was nominated for a Dove Award for her I Can't Let Go album in the Best Soul Black Gospel album category.

In 1982 Murden earned the Best New Artist Contemporary Award at The Gospel Music Excellence Awards at the annual Gospel Music Workshop of America. In addition, she has worked on over 30 film soundtracks, television shows, and major artists' albums as a featured or backing vocalist. In 2019, Murden published her autobiography titled It Took a Miracle and Then Some.