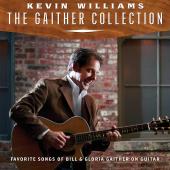 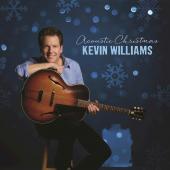 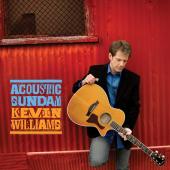 Kevin Williams is listed in the credits for the following albums: 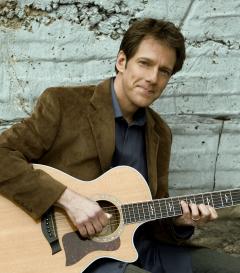 Kevin Williams is an American guitarist, comedian, and speaker whose 34-year career in music is full of milestones.

Kevin continues to be the guitarist, bandleader, and resident funny guy with Bill & Gloria Gaither, The Gaither Vocal Band, and "The Gaither Homecoming" TV Series, performing approximately 60-70 concerts per year with them.

He is now in his 28th year with the Gaithers, and also co-hosts "Bill Gaither's Homecoming Radio" heard on over 3,500 radio stations and outlets.

As a soloist & humorist, in addition to the Gaither tour, Kevin performs an additional 30 to 40 dates per year and has 12 solo projects. He records for the Spring Hill Music Group.

Kevin has performed in many of the major NBA arenas in America, and world-famous venues including Carnegie Hall, The Beacon Theater, The Grand Ole Opry, Kennedy Center, Sydney Opera House, Air Canada Centre, London Royal Festival Hall, and the Oslo Spektrum. His guitar and crazy wit have been heard from stages in all 50 US states, 18 countries, and 5 continents.

As a session guitarist, Kevin's touch has been heard on countless songs by major Christian and Country Music artists. He has played on over 2,600 recording projects, including over 120 gold and platinum projects, numerous Grammy and Dove Award-winning projects. and over 2 million units sold.

Prior to the Gaithers, Kevin toured with the million-selling artist Wendy Bagwell and the Sunliters for 5 years. As a part of that monumental group, Kevin was inducted into the Georgia Music Hall of Fame in 1989.

Kevin founded a charity in 2014 called Kevin's Kids which has raised over $200,000 to benefit needy children in Kentucky and continues to help hundreds of children each year.

Kevin and his wife, Kathy, have been married 24 years and have 2 daughters, Carolina and Olivia. He is an ordained deacon and has led a men's Bible study in Nashville for 10 years.

Kevin says his mission in life is, “To put smiles on faces and to bring joy, hope, and encouragement to audiences everywhere.” He certainly seems to be accomplishing his mission.