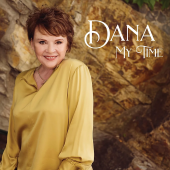 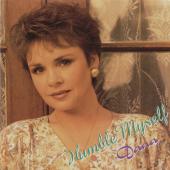 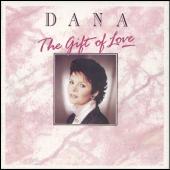 Dana Scallon is listed in the credits for the following albums: 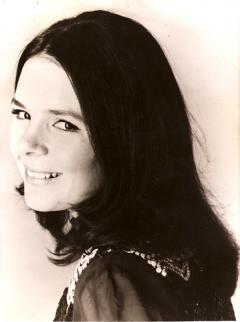 Dana Scallon is an international recording artist who is one of Ireland’s most successful entertainers, having enjoyed outstanding acclaim through best selling recordings, top rating television appearances and major headlining concerts both in Ireland and abroad.

As Ireland’s first winner of the prestigious Eurovision Song Contest, she beat out internationally recognised singers such as Julio Iglesias of Spain with the song "All Kinds Of Everything." The Derry school girl became an overnight singing star, and was launched into a successful music career with a number one record throughout Europe. Years of recording success followed with chart-topping albums and single-records.  Additionally, DANA continued to gain notoriety as a television personality on major domestic and international programs, including her own hit series, A Day Out with Dana (BBC), Wake Up Sunday (BBC), and the Dana Series (RTE).

In the midst of a very successful career in secular music, Dana started to speak publicly about her faith, and she and her husband, Damien, began writing Christian songs together, including “Totus Tuus” – inspired by the motto of the Late Pope John Paul II. This was to be the title track of her first Christian album for Word Records, produced by Kurt Kaiser. Dana and Damien also composed the song “Lady of Knock”, dedicated to the Marian Shrine in Knock, Co. Mayo, Ireland. Many songs followed, including “Little Baby (Yet Unborn)”, a song dedicated to their first child. When Dana was later interviewed about her pro-life work, and the song “Little Baby”, by Dr. James Dobson of Focus on the Family, who chose that interview as his “Classic of the Classics”, and has recently re-aired it as such.

In 1987, Dana was first invited to lead 86,000 young people in singing her composition “Totus Tuus” for Pope John Paul II in the New Orleans’s Super Dome . Around this time, she was also honoured to be invited to sing   at three of Dr. Billy Graham’s Crusades, two in the United States, and one in London’s Wembley Stadium in the UK. At the 1993 World Youth Day in Denver, Colorado, she again sang for the late Pontiff, leading over 280,000 young people with her song “We are one Body”, which was chosen as the World Youth Day Theme song. In 1995, she was honoured to sing alongside Placido Domingo, as soloist at the Holy Father’s open air mass in Central Park, New York, and again, in 1997, at the World Youth Day in Rome.

During the 1990’s, Dana and Damien moved to Birmingham, Alabama with their four children. During her time there, Dana hosted her own music and talk show television series, Say Yes and We Are One Body, on EWTN Catholic Cable Network. She also toured throughout the United States performing in concert at Catholic and ecumenical events.

While still living in the United States, Dana entered the world of politics when she secured a nomination to run in the 1997 Irish Presidential election, the first non-political, non-party candidate ever to do so. She campaigned on protecting the Christian family values and life enshrined in the Irish Constitution, and earned a respectable 14% of the votes, beating out one of Ireland’s major political parties. Then, in 1999, Dana was subsequently elected as a Member of the European Parliament, representing Ireland’s Connacht-Ulster constituency from 1999 to 2004. Since leaving the European Parliament in 2004, Dana has spoken at many fine colleges and universities in Ireland and the United States on the subject of Ireland and the European Union, the European Constitution, and the relationship between the European Union and the United States.  She has spoken at Fordham University, DePaul University, Loyola Chicago, Boston College, Spring Hill College (where she was honoured with an Honorary Doctorate), Loyola New Orleans, Trinity College Dublin, University College Dublin, and the Irish National University in Galway.

Dana has remained close to her Irish roots, working tirelessly for peace, Christian family values, and respect for Life.  Her music and witness to family values has earned her respect in the United States and in Europe as a spokesperson for the Christian family and the pro-life movement.  In the spring of 2004, she became the first woman to be awarded the highly acclaimed San Benedetto (St. Benedict) Award in Subiacco, Italy, for her outstanding work in defending Family and Life. She was honoured to be personally congratulated by the then Cardinal Ratzinger, who in turn was chosen as the fifth recipient of this award in 2005, and was subsequently elected Pope Benedict XVI later that year.

In early 2006, Dana and her husband Damien founded their own new music production company called DS Music Productions. Releasing seven albums in it’s first year, such as In Memory of Me: A Rosary of Intercession for Priests (with Fr. Kevin Scallon, C.M.), and Totus Tuus, the company was off to an exciting beginning!  Dana has recorded a number of prayer albums, including The Rosary, Mother of Mercy: A Rosary of Healing, and In Memory of Me (all with Fr. Scallon), as well as several contemporary Christian music albums, such as Little Baby: Songs for Life, Dana’s Ireland, Lady of Knock, and Totus Tuus (dedicated to the memory of Pope John Paul II).

In 2007, Dana spoke and sang to over 3,000 women at the Boston Catholic Women’s Conference on March 18, 2007 at the invitation of the Boston Catholic Women’s group and Cardinal O’Malley.  In April of 2007, Dana was invited to speak and sing for over 6,000 people at the Lift Jesus Higher Rally in Toronto, Canada, at the invitation of Renewal Ministries and Ralph Martin.

In January 2007, Dana released a new album that she is very excited about – Good Morning Jesus!, a beautiful album of prayers and songs for children of all ages.  November of 2007 marked an exciting time for Dana as she released her long-awaited autobiography,All Kinds of Everything, which is now available in Ireland through DS Music Productions, and will be made available elsewhere in the near future – more release details to come.

In 2008, Dana, together with her husband Damien, released a beautiful new prayer album of The Chaplet of the Divine Mercy.  Dana is currently recording an exciting new television series for EWTN.  Details about the broadcasting schedule will be posted as soon as possible.

Dana and her family now reside in Ireland, but Dana continues to travel throughout the world, sharing her message and her music.

Dana Scallon currently lives in the United States with husband, Damien with whom she has written gospel music for their company, DS Music and is involved with creating and appearing on cable TV channel, Eternal Word Television Network.

Websites:
Website: DanaOfficial.com
External links are provided for reference purposes. Christian Music Archive is not responsible for the content of external internet sites.
Created by: DSCHRUBBA2 on 13-March-2011 - Last Edited by admin on 07-January-2016