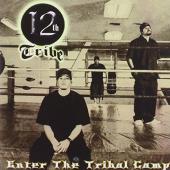 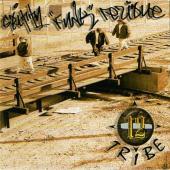 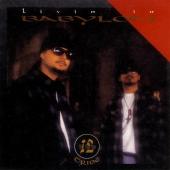 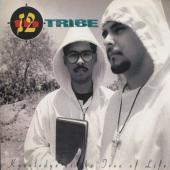 12th Tribe is listed in the credits for the following albums:

12th Tribe, the West Coast’s original Christian Hip-Hop pioneers. Throughout 24 years, 4 albums, many mix CD’s, cross country tours, local city rallies, urban street ministering and not to mention many changes and struggles David Portillo, founder known as Rapps Galore has stood steadfast to the calling God gave him at the age of 15. Through the calling that was set on this group they have defiantly been gifted with the spirit of boldness to spread the word of God throughout the nation.

12th Tribe consist of Five Mighty Men of Valor, founding member, David Portillo (Rapps Galore), Marlene Portillo (Spotlite Roxxie), Erick Bartlett (DJ X-Ray),Carlo Kilmer (The Realist),Willy Rodriguez(DJ Skittles) and Chuy Sabido(Witness). Each of these men have individual talents and God anointed callings on their life personally and as a group which allow them to go into the highways and byways with a message of hope.

The groups name originates from the Old Testament of the Bible, which speaks on the tribe of Benjamin. Benjamin in the Hebrew translation means; “Son of my right hand”. 12th Tribe is also defined as Mighty Archer’s, men that fought with their individual bows and arrows. They were also a young group of men that inherited a mighty gift of distinguished courage and determination. That has inspired the group today to not take lightly the gift and calling God has placed on their lives individually and as a group. These four men are very well equipped spiritual archers, by aiming the word of God to the hearts of people, and when the words capture and tug at someone's heart they know that a life has been touched and transformed by God.

12th Tribe, is not your ordinary Rap Group, they have had the opportunity to preach and teach at many conferences such as Flavor Fest in Tampa, FL as well as in concerts, festivals and schools. In 2008 they gave birth to a vision that God placed in their lives in 2005 which was Cali-Fest, California’s first west coast Hip-Hop Conference. This was a great success of groups uniting and most importantly sharping their tools to reach this generation through Hip-Hop music.

Websites:
Facebook Page: 12th-Tribe
External links are provided for reference purposes. Christian Music Archive is not responsible for the content of external internet sites.
Created by: Yianni D on 26-July-2010 - Last Edited by admin on 07-January-2016