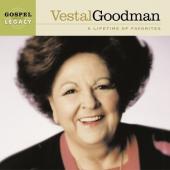 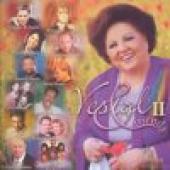 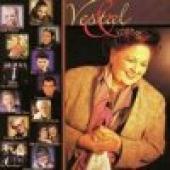 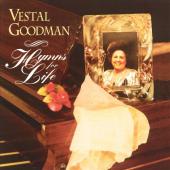 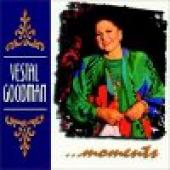 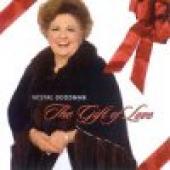 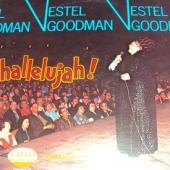 Vestal Goodman is listed in the credits for the following albums: 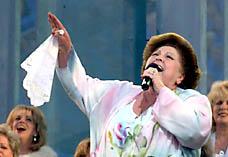 Vestal Goodman has been a member of:

Vestal Goodman was a singer who performed in the Southern Gospel genre for more than half a century. She is known both as a solo performer and as a founding member of The Happy Goodman Family, one of the pioneering groups in southern Gospel.

Vestal Goodman was the fourth of six children. She began singing in her home church. Her original intent was to study for the Metropolitan Opera, but being raised in church she felt compelled to sing Gospel music.

She married Howard Goodman, a preacher nine years her senior, in 1949. They had a son Rick, and a daughter Vicki. They pastored churches and sang for congregations across the country, and they, along with Howard's two brothers Sam and Rusty, soon became known as "The Happy Goodman Family," helping pave the way for Southern Gospel music during the 1960s.

With the formation of Word Records in the early 1960s, Vestal and The Happy Goodman Family were the flagship artists signed to the company. In 1969, she won the first ever Female Vocalist of the Year Dove Award. As a natural step in her career, Vestal Goodman released her first solo album, "Hallelujah!" in 1971, from which came the well-known single, "It'll All Be Over But the Shoutin'."

Her autobiography, Vestal! 'Lord I Wouldn't Take Nothin' For My Journey Now' details her life in Southern Gospel music, her heart problems and her subsequent bout with cancer. Additionally, Goodman revealed that she had struggled with drug addiction in the mid-70s in the form of dependence of the prescription drug, Valium.

Vestal Goodman was honored repeatedly as "The Queen of Southern Gospel Music" and was one of the most beloved artists in the genre. The Happy Goodmans won multiple Grammy and Dove awards, charted 15 #1 hit songs including “I Wouldn’t Take Nothin’ For My Journey Now," and performed more than 3,500 concerts, including performing at the White House for President Jimmy Carter in 1979.

Her title of “Queen of Southern Gospel Music" was proclaimed in a wide array of magazines, from Rolling Stone, Billboard Magazine, Time, People, and The Singing News. She and Howard worked with many well-known musicians on the Gaither Homecoming music projects in the 1990s. Her autobiography was released in 1999, and she was inducted into the Southern Gospel Music Association Hall of Fame in 2004. The Happy Goodmans group was inducted in 1998.

Vestal Goodman was known for her trademark handkerchief, which she held in her hand during virtually every performance, sometimes waving it over her head. Comedian/singer Mark Lowry used to joke, "The anointing's in the hanky," during their Gaither Homecoming concert appearances.

Vestal Goodman died at the age 74 of complications from influenza while on Christmas vacation in Florida with her family. She died in the ambulance on the way to Celebration Hospital in Celebration, Florida. Her son Rick said it was very appropriate for her passing that it would happen in a place called Celebration.

Worthington Music Group and Goodman Family Ministries partnered to release a collection of recordings from the family archive entitled Unsurpassed Masters Vol. 1 in 2008. The critically acclaimed album gives listeners a behind the scenes glimpse into ministry of Howard and Vestal Goodman.