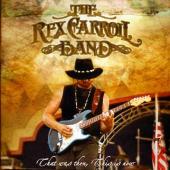 Rex Carroll is listed in the credits for the following albums: 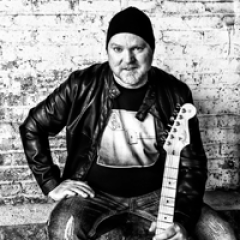 Rex Carroll has been a member of:

Rex Carroll is a guitarist and known for his work in the Christian metal band Whitecross. Rex Carroll is also the leader and guitarist of other bands including Fierce Heart, King James, and the Rex Carroll Band. He also filled in and did all the guitar work on Eden's 1994 album Fan The Flame.

In Whitecross, Carroll is not only the lead guitarist but is also the primary songwriter. With Whitecross, he has completed six world tours and in 1989 they were the first American rock band to perform in Guatemala City. Whitecross won two Dove Awards for "Metal Album of the Year" in 1990 and 1992.

Carroll has recorded numerous sound libraries, many of which have been picked up for use by ESPN for their NFL highlights, as well as Season One of the Anna Nicole Show. His playing has been heard on commercials for the Milwaukee Bucks, and he also performed the National Anthem at the Harley-Davidson 100th-anniversary celebration. In June 2004, he placed third in the North American Rock Guitar Competition sponsored by Guitar Player magazine and WNED/New York. Carroll holds a bachelor's degree in classical guitar performance from Northern Illinois University.

In 2017, Rex and Whitecross and King James bandmate Mike Feighan joined with David Bach and Jamie Rowe of Guardian to record Revival, a new compilation of Whitecross and Guardian tracks, and went on a short tour to promote the project.

Websites:
RexCarrollMusic.com
Facebook: @RexCarrollRockAcademy
External links are provided for reference purposes. Christian Music Archive is not responsible for the content of external internet sites.
Created by: Yianni D on 26-July-2010 - Last Edited by siremidor on 30-December-2020