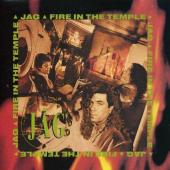 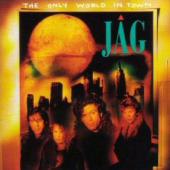 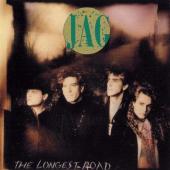 JAG is listed in the credits for the following albums: 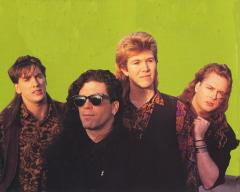 JAG was a Christian rock band that recorded during the early 1990s. The band's name is an acronym for the band's founder and lead singer, John Allen Garies.The history of the acronym came from one of the many tours on which John accompanied Sacred Fire (SF) in 1987, when the SF guitarist constantly referred to John by his full name when not around, to which then SF Bassist Thurston Bell coined him as "JAG".

John "Johnny" Allen Garies, Jr. (November 11, 1952-August 5, 2007) was born in Houston, TX to John A. “Oscar” Garies, Sr. and Shirley A. (Gray) Garies, one of three children (Michael and Wendy, his two siblings). Garies started playing drums at age 10 and taught himself to play guitar and piano. Graduating in 1971 from Channelview High School in Harris County, Texas, John attended Texas A&M University. He married his wife, Ricka Cox around 1973, with whom he had two children, John Joel and Annie Grace.

Building on his passion for music, Garies formed JAG in the late 1980s. JAG's original lineup for their 1990 debut, The Longest Road included guitarist J. Paul Brittain, bassist Joel McCreight, drummer Chuck Connor, and Garies on lead vocals. Their 1991 follow up The Only World In Town traded McCreight for Michael Lush and featured additional help from drummer Chris McHugh and guitarists, Jim Williams, Dale Oliver (originally of Geoff Moore's band) and Giant's Dann Huff. Produced by frequent CCM-session keyboardist Blair Masters, JAG's final album, Fire in the Temple, featured songs written by Garies, and the likes of Billy Smiley and Mark Gersmehl and performed by players Gordon Kennedy, Chris McHugh and Tommy Sims, all of whom were current or former members of the group White Heart, a band's sound to which JAG is oft-compared.

John/JAG certainly didn't cut his teeth in the insular CCM scene. Before becoming a Christian in 1979 the musician made his living "playing bars as a drummer/vocalist in Texas doing blues-based 22 Top, Johnny Winter and Zeppelin." In 1986 Garies released his first independently recorded album, an effort he insists is now best forgotten. But it did open a door for him. "Billy Smiley heard one of the songs on the tape called 'Shake It Off' and reckoned it had something he wasn't hearing elsewhere."

Garies and Smiley joined forces and an album emerged, The Longest Road. It was released on Britain's Wave Records, but with limited distribution got rather lost. It deserved a better fate. Writing in Cross Rhythms, reviewer Mark Falla summed it up. "JAG's voice is a joy on the lines of a rehabilitated Joe Cocker. When supported by intelligent production from Billy Smiley, the sound is ethereal and haunting."

Ethereal and haunting maybe, but not exactly bristling with US Christian radio appeal. When Wind Records transferred their two artists JAG and Christian music veteran Randy Matthews to the CCM giant Benson Records, a slightly more commercial approach was taken by Smiley on JAG's The Only World In Town Benson debut. It's worked brilliantly. The album exudes AOR immediacy, crying out for rock/pop exposure (catch the anthemic chorus on "Hands Up In The Air" or the hey-na-na-na-na girl chorus on "What God's Love Means"). But it isn't all catchy hooks with nothing hanging on them. "Hands Up In The Air" isn't (thank goodness) an exhortation for charismatic praise but explores the same theme of the man out in the ocean not waving, but drowning, that Steve Butler did years ago on " Waving And Drowning"; "The Last Time I Looked" deftly explores that inside, all humanity is the same; and "The Only World In Town" vividly portrays a world of which we are all part, falling into anarchy because we seek the "human solution". The emotive lyrics bite hard. "Work for today to fill up our pockets/ And sleep like a baby at night/It's changing our children they say it's the new way/But wrong has now faded to be right."

The idea for the song The Only World In Town came from John's eight-year-old daughter. "We were driving along and I was sounding off about the phone company, saying 'they were the only game in town'. Then my daughter, who was in the back of the car, pipes up. 'Hey papa, this is the only world in town.' Out of the mouths of babes and sucklings I guess - I knew I had to write that down as soon as she said it. The song looks at the way we're wrecking and raping this world of ours. But it doesn't cop out with the John Lennon 'let's give peace a chance'. It speaks about the 'source' of all the world's problems, about how, until we get our hearts changed, the world won't change."

In 1992, JAG toured as the opening act for White Heart, drawing on their ever-increasing band of supporters both for their high-octane rock and the exceptional lucidity and intelligence of their material.

Beyond life as a recording artist and songwriter, Garies once owned Garies Enterprises and a franchise of Precision Tune Shops in North Carolina and South Carolina. John passed away from liver disease on August 5, 2007.