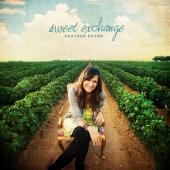 Heather Payne is listed in the credits for the following albums: 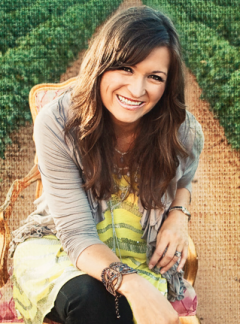 Heather Lynaye Floyd Payne is a solo Contemporary Christian music artist and founding member of group Point of Grace. She announced her retirement from the group in June 2008. She has won 8 Dove Awards with Point of Grace.

Background
Payne was born in Texas, but attended middle school and high school in Norman, Oklahoma, where she met Denise Masters and Terry Lang. She developed her vocal abilities at an early age; her first solo was in church when she was three years old. Her mother accompanied her as she sang the old hymn "Fill Me Jesus." In high school, she sang in the show choir, which required dancing as well as singing. She was also reunited with Terry and Denise during her first year at Ouachita. The three of them sang together in the Ouachitones, a group made up of fourteen women. Within the group, the girls performed as a trio. One night, they decided to spend their summer vacation driving around and singing in churches. After Denise's roommate Shelley Phillips joined, Say So was born. They traveled all summer, and sang together during the weekends while in school. They recorded an independent album, and really did not have any plans of pursuing a record deal, but after one member's grandparents signed them up to go to the Christian Artists Seminar in Estes Park, CO, they ended up winning the Overall Grand Prize in the Group competition and caught the ear of several record companies. They ended up signing with Word Records and moved to Nashville, TN to begin work on their debut album.

Point Of Grace
Payne achieved much success with Point of Grace, with 8 Dove Awards, 17 Dove nominations, 2 Grammy nominations, 6 Gold Albums, 2 Platinum albums and 27 #1 singles, as well as national media exposure in television including The View, "Entertainment Tonight", "Donny & Marie", "CNN Worldbeat", "Live! With Regis and Kathie Lee" and "CBS This Morning". Payne wrote 7 books as a member of Point of Grace and appeared in Women of Faith conferences as a member of the group on several occasions. In 2002, the group developed the Girls of Grace conferences. Since the beginning of their career, Point of Grace has been very candid and frank about their beliefs and principles, one of the strongest being the issue of sex before marriage. In June 2008, Payne announced her retirement from the group, basing her decision on the need to spend time with her four children and support her husband's ministry. The remaining members have since continued on as a trio.

Solo career
Payne became a solo artist and signed with Sandi Patty's Stylos label (home also of Ben Utecht). Her first outing as a solo performer was with a song called "Reach The Day," penned by her along with Scott Krippayne. The song was written for a young friend of Payne's, who has battled Neuroblastoma since the age of three. It was debuted on Louisville's WJIE 88.5 station on May 21, 2010. A number of singles were released to raise money for Neuroblastoma research. Payne also recorded a duet with Sandi Patty ("When Life Gets Broken") for her album, The Edge Of The Divine

Payne's first solo album, Sweet Exchange, released September 2010 on Stylos. An album featuring classic hymns with modern, worshipful choruses, Sweet Exchange is a very personal project for Payne. In an in-depth interview with CBN.com, she explained her hope for the record. "My heart is in this record, that it would become something churches could do," she says, "that the body of Christ would be edified and lifted up and brought to the places gratefulness for what God has done for them in Christ."

Websites:
Facebook: Heather Payne
External links are provided for reference purposes. Christian Music Archive is not responsible for the content of external internet sites.
Created by: siremidor on 25-March-2015 - Last Edited by siremidor on 11-January-2020