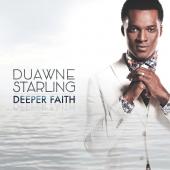 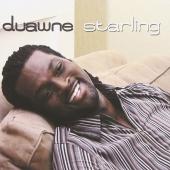 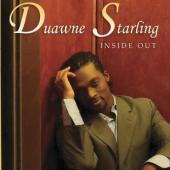 Duawne Starling is listed in the credits for the following albums: 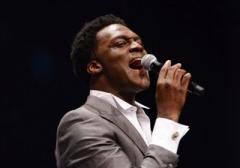 When you first meet Duawne Starling, you may be taken by his powerful stature. But quickly you’ll experience a wonderfully endearing “guy-next-door”, down to earth, sincere, passionate person. His genuine zeal for life and his mission to use his gifts for God is evident within moments.

In his forthcoming solo sophomore CD release (Fall 2015), Deeper Faith, Duawne’s artistic conviction to depict God’s love for us, and his love for God, is woven throughout this inspired 13 track music tapestry of ardent praise & worship. Deeper Faith was recorded live at Bridgeway Community Church in Columbia, MD. Accompanied by the gold standard of band members and some of the music industry’s most sought after supporting vocalists, Deeper Faith live is a worship experience. Smash, standout tracks include modern worship anthem "If This Is Faith", as well as "Stay Broken", "You’ve Been Good", and "I Desire".

Duawne’s resume is virtually a who’s who in music. He has worked with artists such as Kirk Franklin, Donnie McClurkin, BeBe and CeCe Winans, Fred Hammond, Nicole Mullen, Michael W. Smith, Sandy Patti, Michael Jackson, Patti Austin, Dolly Parton, Michael McDonald, Kelly Price, and countless others. After distinguishing himself as one of the top supporting vocalists in the music industry, it was evident that it was time to launch his solo career.

“I worked as a background artist for ten years before stepping forward as a soloist. I’ve traveled with some artists and recorded in the studio with far too many to name. Though I had been vocally ready for years, when I assessed where I was vocally and compared it to where I was spiritually, the two did not measure up. It is important for me to be balanced in all areas because the last thing this world needs is just another singer.”

Starling’s captivating tenor voice earned him the opportunity to sing “We Shall Overcome”, the theme song of the Civil Rights Movement, at the Dr. Martin Luther King Jr. Memorial Dedication. Starling also sang the finale at Senator Edward “Ted” Kennedy’s 77th Birthday Celebration, and he was the first and only man to sing for the Vital Voices Global Leadership Awards. He performed a Negro Spiritual for Let Freedom Ring; a musical tribute to Dr. Martin Luther King Jr., and was a featured soloist for the concert series Joyful Sounds: Gospel Across America, all hosted by The John F. Kennedy Center for the Performing Arts in Washington, DC.

Having released his debut self-titled CD in 2004, not only does Starling have the vocal schooling of years in the studio and on the road, but he is also an accomplished songwriter, actor, and former model. For three seasons he co-hosted Magnify Him on the 3ABN Network, and hosted In Your Own Words, an Internet radio show on the Family News Radio station for one season. Three of his musical compositions, “Finally I”, recorded by Daryl Coley, “Everything”, and “With This Ring” recorded by Starling, are on the chart-topping wedding compilation CD “With This Ring” Vols. 1 & 2. As well, his voice can be heard singing “Imagine A Place”, the theme song for Tokyo Disney in Tokyo, Japan.

Starling’s inspirational music shares the triumphs and trials of his journey through life. His simplistically profound lyrics impact audiences with their unprecedented honesty. He says, “My gift is God’s tool. In my writing, I always speak from the place of truth. We are all intrinsically connected so I know that others will relate to what I’ve experienced. My purpose is to enlighten, encourage, and empower the listener.”

His journey began in Petersburg, Virginia where he lived until attending boarding school at age 13. “My father was a singer and died of cancer when I was seven. It was then that music became my sanctum; my escape from that reality.” Now, it’s simply my passion.

Ultimately, Duawne describes himself as a “simple man” and has one goal. “I just want to be all that I am intended; a man of honor, a faithful husband and a loving father. I want my life to bring light to the world around me”.