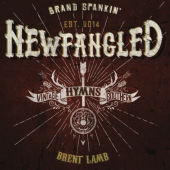 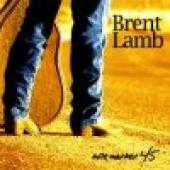 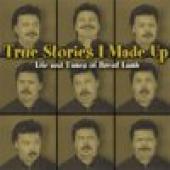 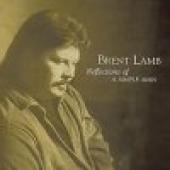 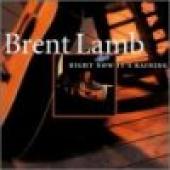 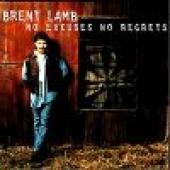 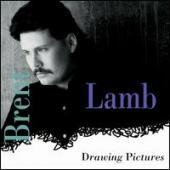 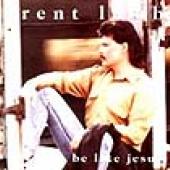 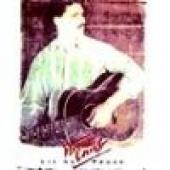 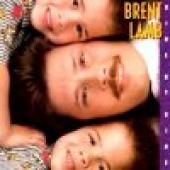 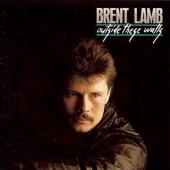 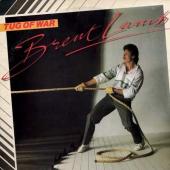 Brent Lamb is listed in the credits for the following albums: 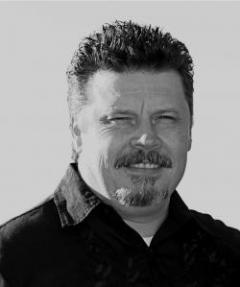 Brent's life today is a reflection of the basic values he learned as a child. The first of three children, he was born February 22, 1960 in Nashville, TN. "Every Sunday we'd go to church, then go to my grandparent's house for dinner. We'd sit around and sing," he recalls. "From an early age I was always intrigued with instruments. Pianos, guitars, banjos, mandolins, but the thing that got me the most was how everyone would be singing their own harmony part, yet they'd weave it all together into this awesome sound. Brent soon taught himself those harmony parts. He played his daddy's quartet records over and over for hours, picking out the vocal parts by ear. The guitar was another story for Brent. It didn't come to him nearly as easy. He first picked it up when he was ten. Although he was born left-handed, he tried to play right handed, like the rest of his family, but he couldn't get it. In frustration, he gave it up. A few years later, a friend came over to Brent's house with a guitar. When the friend left the guitar at Brent's, he decided to give it another try. "I picked the guitar up and turned it over, so it looked upside down but felt totally natural in my hands. Before long I taught myself to play that way."

During high school, Brent started writing songs and other artist began to record them. "When I found out I could write songs for a living and that other people would pay me to record my songs-I got pretty excited," Brent laughs. Around this time Brent wrote a song called "Army of the Lord " for the popular Christian group Harvest, which shot to #1. Harvest's record label heard that Brent not only wrote songs, but sang as well, and offered him a recording deal. That was the first of many of Brent's songs to be recorded by established artists.

If you ask Brent, his biggest break by far was meeting his future wife and songwriting partner, Laurie, in the early eighties. They met at church and began an intense friendship. "We just became very, very close friends," Brent says. "I love to fish and she loves to lay in the sun. I'd fish and she'd lay in the sun while we talked about any and everything." Eventually, they fell in love, and in 1982 he used an unexpected royalty check to buy her an engagement ring. As close as they had become, they also began to write songs together. "We didn't have any kids. We didn't have any money. We didn't have cable, so we'd write songs at night. That was our fun," In March 1983 they finally married. Laurie held down her job until their twin sons were born in August 1985. They agreed that Laurie would be a stay-at-home mother and that they'd put their financial needs in God's hands.

In the late eighties Brent signed with Diadem Records and began to sing Christian pop-rock. He recorded several Christian radio hits and performed regularly across the US. However, after his daughter Haley was born in 1989, it was no coincidence that Brent's musical themes began drifting towards home life and raising a family. In the early nineties Brent began to write more country music. "Being raised in Nashville, around my family singing country and bluegrass, that's closer to who I really am," he mused.

In 1994 Brent's album, Drawing Pictures, was released. It produced three big #1 singles. More than ever before he was beginning to make a name for himself in the Contemporary Christian genre. However, in 1995 Word Records, a leading Christian label, announced the launch of Word Nashville, a new secular Country division and targeted Brent as their first artist. After two years of trying to break into the mainstream country scene, Brent asked to be let go from Word in order to pursue a new direction.

Fortunately, soon after, Brent signed with InSync Christian Music. Now Brent would have all the creative freedom he was missing. "I wasn't interested in going back to one of the major labels. I wasn't interested in Grammy or Dove awards. I just wanted to make the music I loved, and continue ministering to families." Soon after, Brent started a partnership and opened Playground Recording Studio, in Nashville. Soon Brent would find himself not only recording his own projects, but also producing other artists there. In December of 1999, Brent was asked to be the new lead singer for the Grammy award winning country group Shenandoah. Brent had long been a fan of the group and after meeting the guys; it was a perfect match for everyone. The group quickly recorded an album with their new vocalist in the spring of 2000, aptly naming it Shenandoah 2000. It featured two songs penned by Brent, including the album's first single and video, "What Children Believe" which shot to #1 on GAC.

Brent continued touring with Shenandoah until 2003. Currently, Brent stills travels around 12 weekends a year performing concerts, speaking at men's events, as well as couples events with his wife Laurie.

In 2008 Brent began managing artists and speakers which include worship leader Kari Jobe and illusionist Jim Munroe in Southlake, TX.

As of December 1, 2012, Brent is now the Worship pastor of Coppell Bible Church in Coppell Texas.