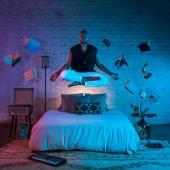 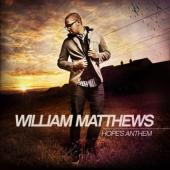 William Matthews is listed in the credits for the following albums: 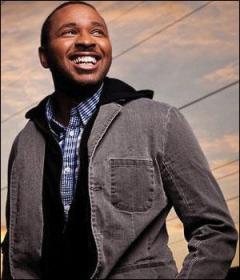 William Matthews was born and raised on the west side of Detroit Michigan and later moved to Raleigh, North Carolina where he graduated high school. His father and grandfather a preacher and his mother who also directed the church choir. William grew up surrounded by preachers, factory workers, government workers, educators, missionaries and a beautiful loving family.

At 10 William's father (after several years of pastoring in Detroit) accepted a pastoral opportunity and moved to Raleigh, North Carolina. During those years, William’s passion for music and songwriting grew as he began playing acoustic guitar. His career in music started as a background vocalist for Kim Walker-Smith, Chris Quilala, Misty Edwards, John Mark McMillan, Brian & Jenn Johnson, and many others. Eventually, he began to be known as a songwriter and artist and in 2010 was the first artist signed to Bethel Music.

In early 2011 Bethel Music released its first label compilation, Be Lifted High, featuring two songs from William, "Hope’s Anthem" and "Deep Cries Out." Later that year he released his first album, Hope’s Anthem in July 2011 where it charted on Christian Billboard and Billboard’s Heatseekers. William appeared on several more Bethel albums between 2012-2016 such as For The Sake of the World, Tides, Tides Live, and Have It All featuring hit songs "Freedom," "This Is What You Do," "Ascend," "Shine On Us," and "Glory to Glory." In 2018, he released the album Kosmos.

For the past decade, William has extensively toured the United States and abroad performing in arenas, theaters, clubs, festivals, churches, conferences, camps, and retreats. He has performed in countries such as England, Ireland, Australia, South Africa, Brazil, Germany, Canada, Switzerland, Taiwan and more.

William's passion is artistry and advocacy. He seamlessly blends music, cinematography & political messaging around themes like racism, voter suppression and climate change which have been highlighted by media outlets such as CNN & Yahoo. His 2015 documentary For The Love Of filmed in Paris at Cop21 explored the intersection of Religion & Climate Change, in 2016 he filmed Not Who We Are, a music documentary which highlighted his roots in Detroit and combated the xenophobic, racist rhetoric during the 2016 Presidential Campaign. Most recently he has partnered with Color of Change to launch a new campaign, Reject Racism to help stop Voter Suppression in his home state of North Carolina. He also serves on the board of the environmental advocacy group Micah Challenge. William has appeared regularly on the highly popular Liturgist Podcast speaking progressively on issues surrounding race and theology He also is the creator & host of CultureShock, a podcast focused on the intersection of faith, politics, and culture.