Will Owsley is listed in the credits for the following albums: 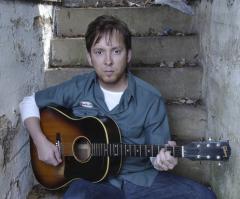 William Reese "Will" Owsley III (March 6, 1966 – April 30, 2010), known professionally as Owsley, was an American singer and songwriter. His two solo albums won critical acclaim, and his debut album was nominated for a Grammy Award, as was the song "Threaten Me With Heaven". Owsley was also a record producer, a recording engineer, and the guitarist in Amy Grant's touring band.

Owsley was born and raised in Anniston, Alabama in a musical household. His father was the drum major of the Million Dollar Band, the marching band of the University of Alabama; his mother was a singer and stage actress; his sister was a classically trained pianist, and his brother was a rock guitarist, with whom Owsley played in the band Stormfront. Owsley graduated from The Rectory School and attended the Blue Ridge School.

He was a guitarist and singer in the Southeastern rock club band Baghdad in the mid-80's that played both covers and original work, before moving to Nashville, Tennessee in 1987.

Owsley started playing guitar at age nine. He was a fan of Kiss and of Todd Rundgren, but mostly practiced Eddie Van Halen and Steve Morse licks note-for-note. With his father's mentorship, he played snare drum in the Anniston High School marching band, whilst continuing his passion for guitar, playing in his high school jazz band and in top-40 cover bands at local venues. Later, when he began writing his own songs, they were more similar to the style of The Beatles. As a guitarist, he also cited influences such as Chet Atkins, Jimi Hendrix and Robert Johnson.

Prior to developing his own band and solo work, he was added to the band of Judson Spence, appeared in various of his videos on MTV, and was part of Spence's groundbreaking Nashville showcases that landed him 14 label offers. Nashville music executive Scott Siman encouraged Owsley to pursue his own writing and performing, which is why he declined an offer by Amy Grant in the late 1980s to become her guitarist.

Together with Millard Powers, he founded the power pop band The Semantics, which included Jody Spence and Ringo Starr's son, Zak Starkey. They were signed to Geffen Records by John Kalodner. The band recorded an album entitled Powerbill in 1993, which was never released in the U.S for being "too pop for alternative and too alternative for pop." It eventually got distributed in Japan in 1996. Fine-tuning the album under the tutelage of producer and manager Peter Asher for four years taught him much about the production process and about management. Suddenly being dropped from the label left the band members destitute and broke.

Amy Grant turned out to have heard tapes of The Semantics and she contacted Owsley in 1994 to let him know how much she liked it and to ask him to join her as her guitarist on the House of Love tour. Owsley would subsequently hold the position of tour guitarist for 16 years, until his death. He would later also co-write and record various songs with her. Through his work with producer Mutt Lange, Owsley was introduced to Shania Twain. Over the years, he would tour with her as guitarist and harmony singer, with appearances on many national television shows and awards programs. Owsley went on to work with many mainstream and Christian artists, often in the country genre. During the 1990s, he among others worked with Vince Gill, Michael W. Smith, Chris Rodriguez, dc Talk (for whom he also produced), the Neville Brothers, Vanessa L. Williams, and Wynonna.

Between 1998 and 2005, Owsley released two albums Owsley (1999) and The Hard Way (2004) In 2005 he entered into an agreement with UMe Digital, a new label in the Universal Music Group, and the first major label to distribute music only through digital downloads. It led to the release of the combined single Psycho / Upside Down in 2005. That same year, Owsley contributed the cover song "Got a Lot on My Head" to Substitution Mass Confusion, a tribute album in honor of The Cars.

Besides being a musician, Owsley also continued producing and engineering. He co-produced Kevin Max's 2007 album The Blood and toured with him. He played various instruments on Chris Sligh's 2008 album Running Back to You and produced several songs on it. In the last two years of his life, Owsley occasionally worked as a session guitarist for Andy Sturmer's movie soundtracks. In 2009, Owsley made a version of "When Lonely Comes Around" (Grant/Owsley), sung and recorded by himself, available to fans for free. Also in 2009, Owsley co-produced and played on Popfilter Boston's debut release Pop This.

Owsley was a Christian and was a member of the Village Chapel in Nashville, TN.

Will Owsley died on April 30, 2010 at Williamson County Hospital in Franklin, Tennessee. He was 44. The Tennessean reported the cause of death was "an apparent suicide." He is survived by his two sons Walker (born 1998) and Liam (born 2001) from his previous marriage with Rebecca Walker.