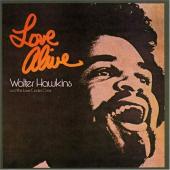 Walter Hawkins is listed in the credits for the following albums: 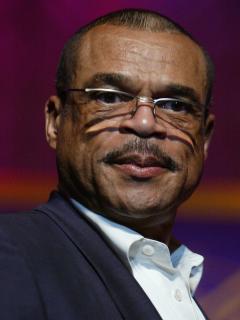 Walter Lee Hawkins was an American gospel music singer and pastor. He was consecrated to the bishopric in 2000.

Bishop Hawkins started his career in one of his brother's chorales, the Northern California State Youth Choir of the Church of God in Christ. The choir recorded an album in 1968 as a local fundraiser. When a song from that album, "Oh Happy Day", became a crossover hit, Buddah Records purchased the master and released it as "the Edwin Hawkins Singers". This led to him accompanying his brother Edwin to establish the Edwin Hawkins Singers.

Walter Hawkins left the Edwin Hawkins Singers in the early 1970s to establish the Love Center Church in Oakland, California. He and his Love Center Choir had considerable success with their Love Alive series of recordings, which sold well over a million copies from the 1970s through the 1990s. Love Alive IV, released in 1990, was No. 1 on the Billboard Gospel Album charts, where it stayed for 33 weeks. In all, Walter Hawkins produced and/or collaborated on 116 hit songs which were listed on the Billboard Gospel Music charts.

Walter Hawkins and his groups were frequent musical collaborators and recorded with Van Morrison, Diahann Carroll, Sylvester, and Jeffrey Osborne, among many others.

On July 11, 2010, Walter Hawkins died of pancreatic cancer at the age of 61 in his house in Ripon, California.