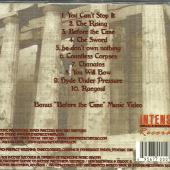 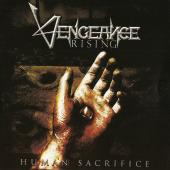 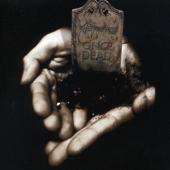 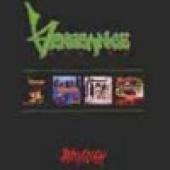 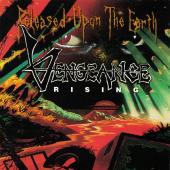 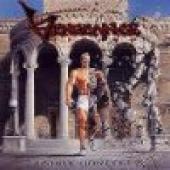 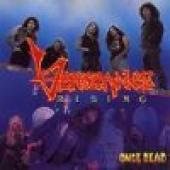 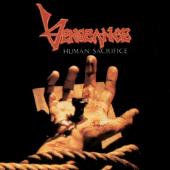 Vengeance Rising was an American Christian thrash metal band from Los Angeles, California. Fronted by vocalist Roger Martinez, they originally formed as Vengeance in 1987, but changed their name in 1989 to avoid conflict with another band from the Netherlands. Band members Larry Farkas, Doug Thieme, Roger Dale Martin, and Glenn Mancaruso left following Once Dead and formed the band Die Happy. Roger Martinez stayed on to record two more studio albums, but aside from him, Vengeance Rising's lineup changed for each subsequent album. While the group was a ground breaking Christian metal band, today Vengeance Rising is known for vocalist Martinez's turning from Christianity to Satanism to atheism, since he has continuously done interviews about it. AllMusic describes Vengeance Rising's history as "one of the most entertaining and bizarre stories in the realm of heavy metal."

The band was known for its fascination with violent themes, as reflected lyrically in their first two albums. Their first two albums, before the split into Die Happy, are considered their best. Their debut Human Sacrifice was called "the most radical Christian album ever released" by HM Magazine editor Doug Van Pelt. Their penchant for violence extended to the stage, and the band would graphically portray the crucifixion of Christ at their shows. Extreme graphics also appeared in the cover art of the band's albums. Both Human Sacrifice and Once Dead were pulled from some Christian book sellers at least partially because of their violent graphical content. Copies of their third release, Destruction Comes, had a censorship sticker covering the male figure, dubbed "Raegoul", exposing half of his flesh without skin.

A review of Once Dead in CCM found that the cover of that albums depiction of "resurrection from spiritual death" was "grisly". Musically, the album showed an influence of speed metal, with thrash arrangements on some songs, like the cover of Deep Purple's "Space Truckin'", and "Out of the Will", which reminded one reviewer of One Bad Pig. While the vocals often sounded "like someone gargling razor blades", the lyrics were found to be "very Bible based," and matched with the scriptural references from which they were drawn.

Frontman Roger Martinez had a background in the Pentecostal Foursquare Church, and was baptized there. He eventually rose to be pastor of a Hollywood area church, though by Released Upon the Earth he had left to pursue music full-time. While there, he began to look into the practice of faith healing, and he claimed to have found it to be a fraud.

In the mid 1990s, Martinez left the Christian faith, telling HM that he was a committed atheist in 1997. Today, Martinez has obtained rights to the band name for future projects. According to Scott Waters and Steve Rowe, Martinez began to make tapes counteracting the tapes he made during his Christian career. He created a website that renounced his previous output and posted articles portraying Christian leaders in a negative light.

Former founding members of Vengeance Rising along with Ultimatum vocalist Scott Waters reformed in 2004 to play a reunion show at a small club called Chain Reaction in Anaheim, California. Since Martinez owns the rights to the name "Vengeance Rising," they used the name Once Dead. They released a DVD of that show called Return with a Vengeance.

Disbanded, spin off bands include Die Happy and Once Dead