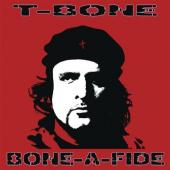 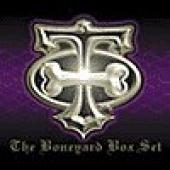 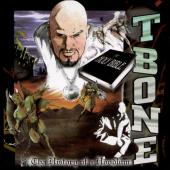 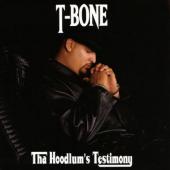 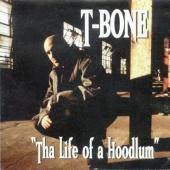 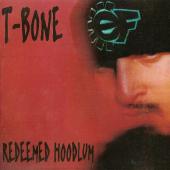 T-Bone is listed in the credits for the following albums: 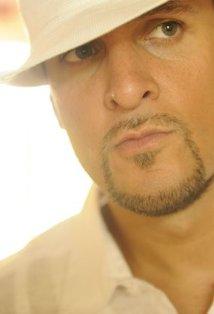 T-Bone (born Rene Sotomayor in San Francisco, California) is a Christian rapper. His father is Nicaraguan and his mother is Salvadoran. His name came from being called 'Bones' as a youngster because he was very skinny. The 'T' was "added to give the name a little slang edge, hence the name 'T-Bone' was born." Later on, he redefined the name to mean 'Talking Biblical ONE'.

According to published interview, he started rapping at the age of 7 at parties and in rap battles. He was close to getting a secular record deal but, after coming to Christ, he opened for a noted rock group at that time and got signed to his first record deal that night.

His first three albums: Redeemed Hoodlum in 1991, Tha Life of A Hoodlum in 1993 and Tha Hoodlum's Testimony in 1995 were released on the independent Metro One record label. All these 3 albums were characterized by being gangsta rap albums, which was rare in the Christian music scene at the time.

In 1997, he released a 3-disc compilation set of the hits from his first 3 albums titled History of A Hoodlum. This album was released on the Diamante record label.

After a brief hiatus, T-Bone released his fourth album (and first on the Flicker Records music label), The Last Street Preacha, in 2000, to critical acclaim. The Last Street Preacha was nominated for the Rock Gospel Album Grammy Award and saw T-Bone break into the Christian Contemporary Music market. It was the first rap album to debut at #7 on the Christian Contemporary Music charts.

2002 saw an increased exposure of T-Bone to both Christian and mainstream markets with the release of his fifth album, titled Gospelalphamegafunkyboogiediscomusic. The album was characterised by the guest appearance of hip-hop legend KRS-One on the title track - returning the favour of the controversial guest spot T-Bone had made on KRS-One's Spiritual Minded album earlier in the year.

2005 saw the release of his most controversial, and successful, album to date: Bone-A-Fide. Bone-A-Fide's album cover controversially featured T-Bone in an image evoking Che Guevara, leading to concerns that he was promoting communist ideologies - charges he denied. Adding to the controversy were collaborations with two major secular rappers - Mack 10 and Chino XL.

Bone-A-Fide was his first album not to be produced by long-time collaborator Chase Dante and, perhaps deliberately, saw T-Bone move away from the previous West Coast sound of his earlier albums to a smoother, more East Coast sound.

Also, in 2005, he was featured as Jairus in the rock opera !Hero, along with Michael Tait of Tait and dc Talk, Rebecca St. James, and Mark Stuart of Audio Adrenaline.

T-Bone has also hosted the music shows, TX-10 on the Dish Network, and Real Videos on TBN. His music was featured in the mainstream movie, The Fighting Temptations. He has also worked with artists such as Kirk Franklin, Yolanda Adams, and KRS-One.

Websites:
HouseOfTBone.com
Facebook: TBoneOficial
External links are provided for reference purposes. Christian Music Archive is not responsible for the content of external internet sites.
Created by: Yianni D on 26-July-2010 - Last Edited by siremidor on 16-October-2020