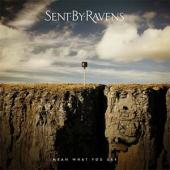 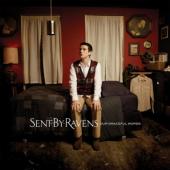 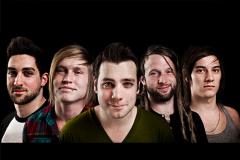 The young band has created a record beyond their years, with decidedly mature and starkly honest examinations of a renewing strength in the face of fears. Our Graceful Words is a record one of the strongest debut albums in recent memory, from a band whose story is just beginning to unfold.

"Trailer Vs. Tornado" references a time when the group all lived in a trailer together. "It's about being strong," Riner explains. "It's a metaphor for us being against the world without being scared." Meanwhile, a track like "Salt and the Light" has an overall theme of love. Speaking of love, "Beautiful List" is a love letter of sorts from Riner to his wife. "She was praying with her friends when she was 18. She was writing down a list of things she wanted in the guy she married. She told me after we were married that she got her 'list.' That song is me saying I did, too."

Zach was singing for a band in Georgia when an early incarnation of the band, which included O'Neal, contacted him over the Internet and invited him to move to South Carolina and join. After some prayer, he decided to take a chance and relocate. The group reached out to Anderson -- who was living in Hawaii -- after seeing a video of him playing an Underoath song on YouTube. "We sent him a message and he asked us if we needed a second guitar player, his buddy, JJ [Leonard]" Riner recalls. By the fall of 2008, Sent By Ravens was together and playing shows.

The band was already able to headline the House Of Blues in Myrtle Beach before signing with a record label, booking agency or management firm. Through hard touring and sharing stages with bands like Every Time I Die, Family Force 5 and Stain'd, they were able to build a grassroots following. Their self-financed and self-released EP, The Effect of Fashion and Prayer, caught the attention of Tooth & Nail Records, who quickly signed them to a worldwide deal.

Our Graceful Words is the type of debut that can only be crafted by a group of people committed to their artistic vision, to each other, and to making the world a better place through song. To fully embrace tunes like "New Fire," "An Honest Heart" and "Beautiful List" is to remember just how powerful melodic rock n' roll can be when placed in the hearts and hands of a passionate band.

DEBUTING AT ITUNES AT NO. 5 ON THE ROCK CHART
AND TOP 30 ON ITUNES OVERALL CHART

SEATTLE, WA –February 28, 2012 –Tooth & Nail Records’ Sent By Ravens is proud to release their sophomore label album, Mean What You Say, today. This album is a follow-up to their 2010 breakout hit, Our Graceful Words, which debuted at No. 34 on Billboard Heatseekers Chart. Already the album has debuted on the Rock iTunes chart at No. 5 and in the Top 30 on the iTunes overall chart.

To support this already popular release, Sent By Ravens will be on tour as direct support for the Emery and Friends tour in March. The tour will feature Emery, Sent By Ravens, Icon For Hire and I Am Empire. In addition to this tour, the band will be on the Project 86 tour in April as well as can be seen this summer at Ichthus, Creation East and West, Kingsfest and SpiritSong.

Mean What You Say has been generating a buzz among the media outlets this week as it releases. The album and band are featured in outlets such as Alternative Press, Seattle Weekly, Audiopinions and more. Check out what the media are saying about Mean What You Say:

"From the circle-pit-inciting, double-timed 'Prudence' to the creepy electric tinges that pepper the title track, Sent By Ravens are able to showcase some originality in a genre that generally lacks any true innovation."
- Alternative Press

"Mean What You Say is a fabulous foray in the rock circle, as it does improve upon the precedent set by Our Graceful Words, heavy hitting from start to finish."
- JesusFreakHideout

"Sent by Ravens sophomore LP Mean What You Say is implicitly potent."
- cmaddict.com

“Front to back, it is a triumph in production quality, unforgettable songwriting, and uncanny passion. It is dark and disquieting, yet uplifting. It is contemporary without being derivative.”
– Migrate Music News

“Sent By Ravens truly mean what they say and will surely appeal to any listener who is looking for authenticity while listening to music.”
- Emurg.com

“The stylistic choices made throughout the album quickly skyrockets the album into a solid release by themselves. Incorporate the sharp and talented musicianship of the band and you have a release that is worth its price tag.”
- Audiopinions.net