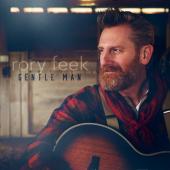 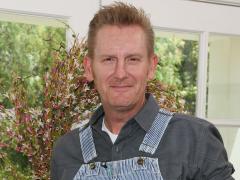 Rory Lee Feek is an American country music singer and songwriter. In his career, he has written singles for Clay Walker, Blake Shelton, Tracy Byrd and other artists. He and his wife, Joey Feek, formed the duo Joey + Rory and was placed third on the first season of the CMT talent show Can You Duet. He also established Giantslayer Records for the launching of new independent artists.

Rory was born and raised in Atchison, Kansas. In his blog, ThisLifeILive.com, he gives his birth year as 1965, despite numerous other sources that give it as 1966. Feek married Tamara Gilmer on August 3, 1985, and they divorced on March 25, 1992. In 2002, he married Joey Feek, with whom he started the duo Joey + Rory. They have one daughter, Indiana Boone (born February 17, 2014), who was born with Down syndrome. Feek also has two older daughters, Heidi Feek (born 1986) and Hopie Feek (born 1988), from his previous marriage. Joey died of metastatic cervical cancer on March 4, 2016.