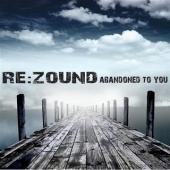 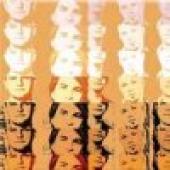 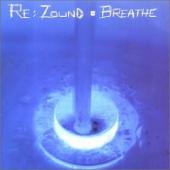 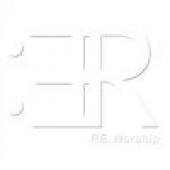 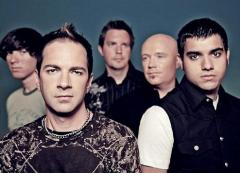 RE:ZOUND is an Arizona-based independent Christian rock band, made up of Christian young men in a music ministry for the Lord, specializing in making Praise and Worship music done in their own unique style described as being "distinctively aggressive."

RE:ZOUND is blessed with having three song writers, a main vocalist, a fantastic drummer, not to mention a talented ensemble of guitarists and a solid key board / piano man, who all meld their talents, skills and collective spiritual passion for the Lord and funnel it all into their music, to bring the Praise and Worship music experience to their audiences.

Jeff Zubeck, guitarist for the band, explains more about their song writing process. His passion is in creating worship music. According to Jeff, "I try to approach writing worship music from a different angle than a lot of people. Worship music has to have a certain sing-songy appeal for congregations to enter in. But that doesn't mean it can't be edgy and experimental at the same time."

While their music "pays a passing tribute to the musical styles of Linkin Park and Creed," Jason Anderson, vocalist for the band, explains how the group developed their own style of composition, not wanting to sound like other bands, but to develop a unique sound. "One of the biggest keys in creating our own sound was detuning the guitars. That really helped us create chords and music that when you listen to it, it doesn't sound like anything else."

Most importantly, RE:ZOUND'S Praise and Worship music is a direct result of the band's growing spirituality and walk with the Lord. As with many who were called into a Christian music ministry, they have been empowered by the Lord with a passion to do so.

RE:ZOUND first became a group while attending the same church in Mesa, Arizona, the Living Word Bible Church, which is the church home to more than 5,000 people, and a source of strong emotional, spiritual encouragement and support of their music ministry, which they have received from their church family and community. As they grew and transformed as a band, they not only led church worship services, but also started an outreach program with the help of the Living Word Bible Church where they traveled to various churches, and performed concerts with the goal of not only promoting worship of the Lord, but to help / inspire churches to start or develop their own contemporary praise and worship music program.

Besides creating a large following, resulting from their church outreach program to other churches, RE:ZOUND, while following the leadings of the Holy Spirit, found success in both the secular and Christian music scenes. Two songs from their debut CD album, RE:ZOUND * BREATHE, which came out in 2002, brought the band into the limelight of both the secular and Christian music world, which is no small feat for an "independent band."

For nearly a year, their song, "Angel", was a number one hit on secular MTV's undiscovered band tune chart, giving them for the moment, more exposure on secular radio than Christian radio. RE:ZOUND recently found themselves with the #2 spot on Christian Beats’ National Loud Chart with their single, "Breathe", which was the title song of the same debut album, Re:ZOUND * BREATHE.

RE:ZOUND then found themselves in a more high profile Christian music ministry, being on stage during the weekends with such well-known Christian artists as Michael W. Smith, Avalon, The Newsboys and The Benjamin Gate, leading young people in worshiping of the Lord. They also were invited to play in Christian music concerts in other parts of the world, such as India, leading people in worship of the Lord. "In February 2003, the band traveled to India for a series of crusades that saw thousands of salvations and hundreds of miraculous healings."

Despite their success in the mainstream Christian music realm, they still made the commitment to lead the Praise and Worship music service one weekend out of the month, at the place where their music ministry began, The Living Word Bible Church in Mesa, Arizona. This is a special place where they have found strong emotional, spiritual encouragement and support of their church family and community for their growth and music ministry.

Websites:
http://www.rezound.com
External links are provided for reference purposes. Christian Music Archive is not responsible for the content of external internet sites.
Created by: admin on 26-July-2010 - Last Edited by admin on 07-January-2016