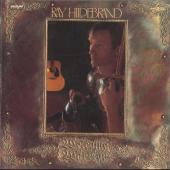 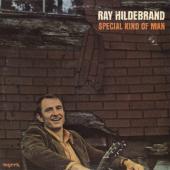 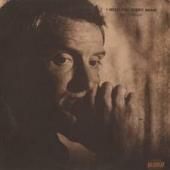 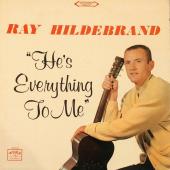 Ray Hildebrand is listed in the credits for the following albums: 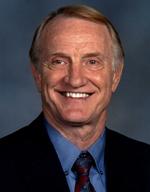 On October 6, 1962 two college students from an obscure Baptist college in West Texas, Howard Payne College, drove over to Ft. Worth and dropped in (unannounced) at a small recording studio in the basement of a radio station. When the scheduled artist failed to appear, the two students were given the opportunity to record their song. A few months later “Hey, Paula” was at the top of the charts in the U.S., Europe , Japan and anywhere in the world there were radio stations playing America music. Interesting to note, the Sweethearts of the 60′s were #1 on the charts with Hey Paula on Valentine’s Day, Feb 14th.

On the 25th anniversary of Elvis Presley’s death, Priscilla Presley said in a television interview that one of her husband’s favorite songs was “Hey, Paula.” She said Elvis had sent the record to her from Germany while he was in the army. Country singer Kenny Rodgers brother named his twins “Paul” and “Paula” after the song. News commentator, Bill O’Reilly said it was the first song he ever danced to in Jr. High School. The song provided the inspiration and encouragement for Karen Carpenter, of The Carpenters, to get into the music business. Rush Limbaugh even used it on his radio show (as political satire or parody of course) to poke fun at President Clinton and Paula Jones.

“Hey, Paula” has been used on television shows such as Cheers, Married with Children, Dharma and Greg, AliMcBeal, That 70′s Show, as well as in movies such asAnimal House, Hotel De Love, and Family of Strangers. The radio and television appearances on past royalty statements indicate that “Hey, Paula” has been played somewhere in the world virtually every day since 1962.

Over the years, countless fans have testified that they fell in love and got married because of the song, were named after the song, named their kids after the song, or were greatly encouraged because of the song. What is it about this simple song about a boy and girl in love that has stood the test of time for 50+ years? Why is it, the song continues to this day to be in demand at “oldies” concerts across the country and has stood the test of time for 45+ years. That would be your fault and …Thank You!

Ray Hildebrand Career
In July of 1967, Ray and his wife Judy and their 3 year old daughter Heidi, moved from Ft. Worth, Texas to Kansas City to go to work for the Fellowship of Christian Athletes. The timing of this move, coincided with a new solo music career with Word Records out of Waco, Texas in Contemporary Christian Music with songs such as Turn It Over To Jesus and Say I Do. While traveling for the FCA and doing music concerts with his new music career, Ray became one of the pioneers/founders of Contemporary Christian Music. Besides three albums,Word Records also released several 45 RPM’s on Ray such as: Little Black Book, Heaven Help Us All, and Common Ground. Ray also recorded for Metro Media Records with a song entitled Mr. Ballonman in the early seventies.

In 1983, Ray teamed up with Paul Land from Raytown, MO for 26 years.  They became Land & Hildebrand traveling all over the world commonly called The Christian Smothers Brothers. Ray has retired from Land and Hildebrand but still performs as a solo act & with both Paul and Paula and Paul Land on special occasions.

Currently, Ray Hildebrand speaks and sings at churches, prisons, prayer breakfasts and various other occasions. Having Lived thru the 50′s and the 60′s and having had 3 international music careers, he is a walking, talking, icon from that era. He also sings in all three of the above careers as time permits.

Ray enjoys being on his own again…entertaining,singing and speaking at house concerts, parties, church and civic events, concerts, conventions, public libraries, and schools as time permits.

Websites:
Website: Ray Hildebrand.com
External links are provided for reference purposes. Christian Music Archive is not responsible for the content of external internet sites.
Created by: siremidor on 31-January-2013 - Last Edited by siremidor on 15-October-2019