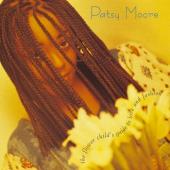 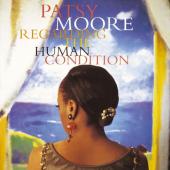 Patsy Moore is listed in the credits for the following albums: 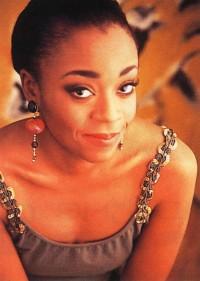 Patsy Alexis Moore, born on the West Indian island of Antigua, is an award-winning, critically acclaimed singer/songwriter, as well as a poet, essayist, and educator. Raised in a devout Christian home, and an adult student of New Thought Metaphysics, she has spent most of her productive life in the United States.

Moore moved to Nashville, Tennessee in 1988. After singer/songwriter/music producer David Mullen asked her to sing backup on a demo, she started composing and performing with others. Her distinctive writing style quickly gained attention in the music community, and a tune she believed to be fun but dismissible ("Talk About Life") became the title track of Reunion Records artist Kim Hill's second album. Moore was hired as a staff writer at McSpadden Group and a record deal with Warner Brothers soon followed. Under the Warner imprint, Moore completed two projects—Regarding the Human Condition (1991) and the flower child's guide to love and fashion (1993).

Twelve years following her stint as a Warner Brothers recording artist, Patsy Moore resurfaced with the independent releases of a book—Essays and Letters: Volume I (2002-2005) (Patchouli Grove Publishers), a collection of writings touching on the topics of art, politics, religion and spirituality, war and peace, and the author’s longtime battle with cancer; a music single—"The Curve", a precursor to "The Most Private Confessions of Saint Clair: Studio Renderings" (Papa Chuy Productions), a full-length CD slated for release in late summer 2007; and a developing humanitarian NPO (The Arts in Action Caucus) designed to facilitate artists in aiding the world’s most needy. In addition to her work as an artist, Patsy Moore is the founder/senior editor of The Bohemian Aesthetic, (an online arts/culture/activism/current affairs magazine), co-owner of Papa Chuy (a music and film production company), and creator of Patsy Moore's Song Masters Seminar Series.

Websites:
Website: PatsyMoore.com
Twitter: @PatsyMoore
Facebook: patsymooreARTIST
MySpace: patsymooretunes
External links are provided for reference purposes. Christian Music Archive is not responsible for the content of external internet sites.
Created by: siremidor on 26-July-2010 - Last Edited by siremidor on 16-May-2016