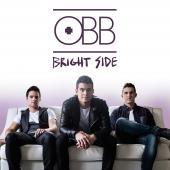 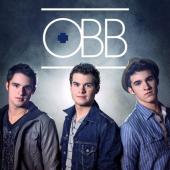 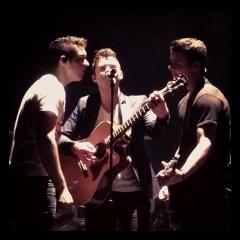 Playing to arenas packed with screaming fans, seeing your first EP make an impressive chart debut and getting to perform on national television seems like the stuff dreams are made of. For the Oswald brothers, who play under the moniker OBB, these professional feats have already become reality—and all before their 22nd birthdays. The trio’s infectious songs, infused with Hope amidst a backdrop of colorful pop, are connecting with young fans desiring to sing along to something that matters.

Zach (21), Jacob (19) and Nich (18) share a room, a homeschool history, and even an iTunes account. Luckily, the three siblings from Atlanta seem fairly agreeable. Lovers of all-things music, the brothers have been sharpening their musical abilities for as long as they can remember.

After being encouraged by their grandmother to enter the CBS Early Show’s “Singing Family Face-Off” in 2009, the talented Oswald Brothers Band placed third in the competition garnering national notoriety. The boys began honing their chops, mowing lawns and teaching music lessons in their spare time to finance their music addiction, until Curb Records took notice and signed them to a record deal in 2012.

The hard-working band released a self-titled EP, containing five songs all written or co-written by the siblings, in early 2013 just in time for the beginning of the Winter Jam Tour Spectacular where the brothers scored a high-profile performance slot opening for some of their musical heroes.

“I grew up singing Matthew West and TobyMac songs,” Zach shares. “These are the people who got us interested in Christian music, and here I am standing next to them.” Ironically, the brothers’ first-ever concert was actually a Winter Jam date in Atlanta, making the experience a dream come true.

“We voted for Jason Castro on ‘American Idol,’ and now we’re touring with him. We’re doing 44 shows; every concert is in an arena, and we’re on a bus every night,” Nich adds. “It’s craziness to be part of something this big. It’s unbelievable, and it’s been super fun getting to hang out with all the other artists.”

OBB is launching their career at lightning speed, thanks to Winter Jam, and their insatiable work ethic, introducing audiences to their energetic pop/rock delivery every night. The high-profile tour is the biggest of its kind in Christian music and was ranked the #1 first-quarter tour in the world for the past two years, providing a catalyst for the success of countless artists’ careers. It’s a platform that undoubtedly turns dreams into reality at a furious pace and is providing OBB a place to shine. The band of brothers give a high-octane performance every night that resonates with fans, showing youth that worship can be an enjoyable experience. “I believe we serve a fun God, and I’m not afraid to stand on stage and jump around and run and raise my hands and give everything I have to worshipping God,” says Jacob.

The Oswald brothers are currently working on their first full-length album. In the meantime, their EP is making waves. OBB debuted at #23 on Billboard’s Heatseekers chart and #39 on the Billboard Christian albums chart, a rarity for an EP bowing from a brand-new artist. In addition to

sharing their music with as many people as possible, OBB is passionate about church ministry. The trio serves on the worship team at Atlanta’s Passion City Church, the congregation founded by Louie Giglio and Chris Tomlin.

On the road, the brothers prefer longboarding at venues or playing board games on the bus during any rare downtime they may enjoy. However, band practice consumes much of their free time, something the guys are committed to in a quest to continually improve their craft. “We’ll spend about 10 hours a day practicing and working to be the best we can be out there for God, because that’s what He calls us to do, to perfect the talents He gives us,” Zach explains. “You don’t have to wait until you get older. Once you start realizing what that gift is that God has given you, start multiplying it. Start making that something you can use to reach more people.” 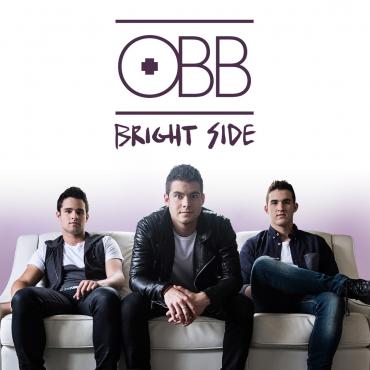 OBB looks on the Bright Side with September 30 full-length debut
September 25, 2014 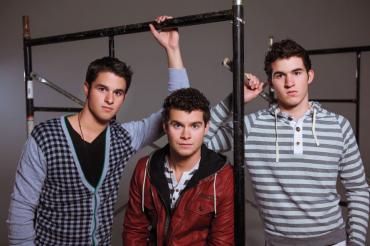